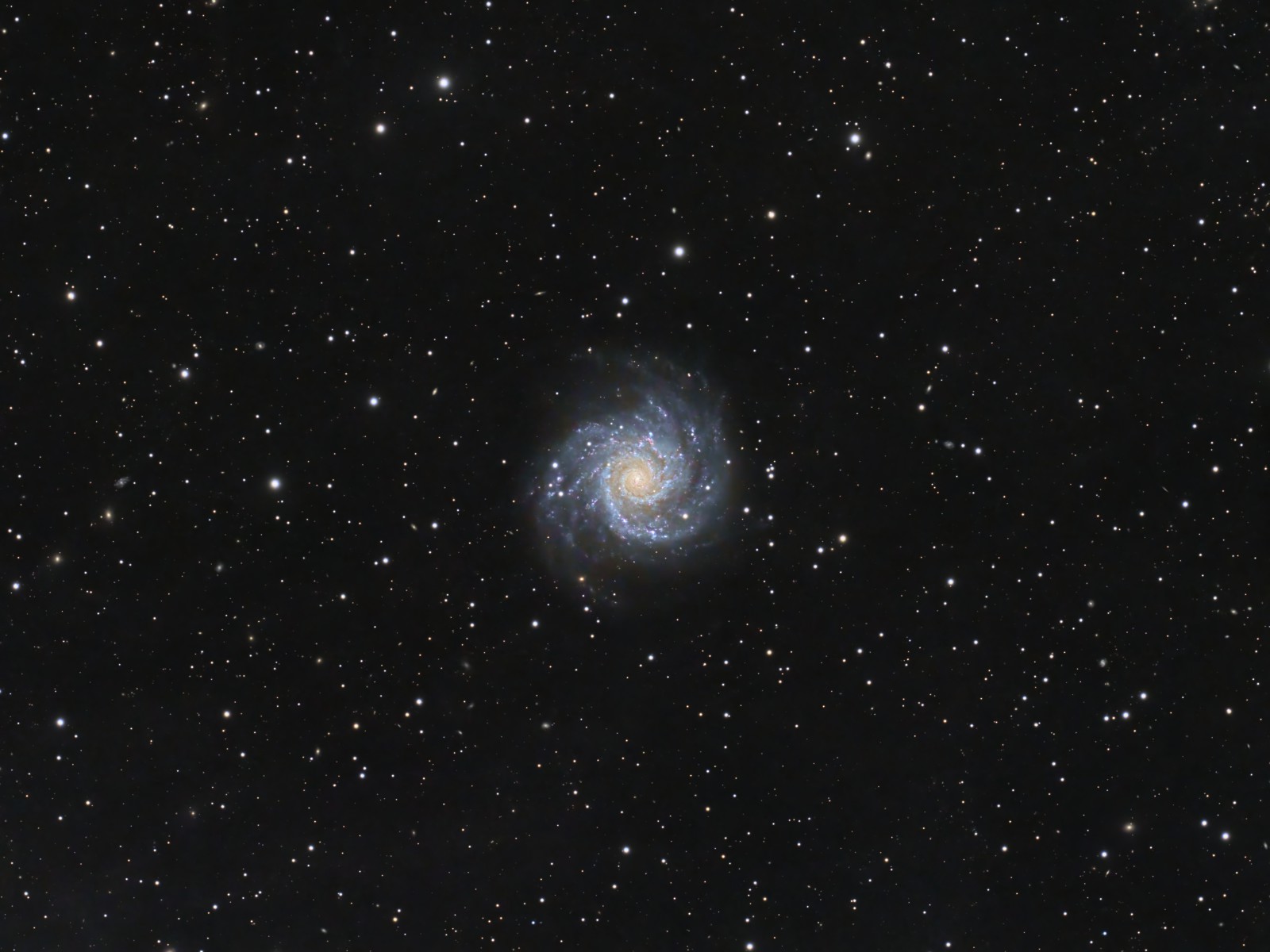 M74 is a well-known galaxy in Pisces. It lies about 32 million light years from us and appears almost perfectly face-on.  Although it contains 100 billion stars, its light is spread out, making it one of the toughest Messier object to see at the eyepiece. That said, it’s a nice sight in my 20″-Dob.

I have always found M74 a challenging object to image. I haven’t published any prior attempts made with other equipment. While you’re looking around the image, you will spot a couple dozen galaxies sharing the field with M74. I prepared an annotated image that shows the location and catalog numbers for many of them.

Tekkies:
Acquisition, focusing, and control of Paramount MX mount with N.I.N.A., TheSkyX; unguided.  Focus with Optec DirectSync motors and controller. Equipment control with PrimaLuce Labs Eagle 4 Pro computer. All pre-processing and processing in PixInsight. Acquired from my SkyShed in Guelph. Average transparency and seeing. Acquired September 29-November 4, 2022, mostly under a moon-free sky except for Ha, acquired with moderate moonlight. 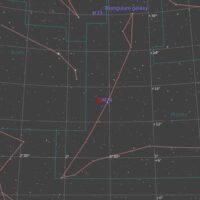 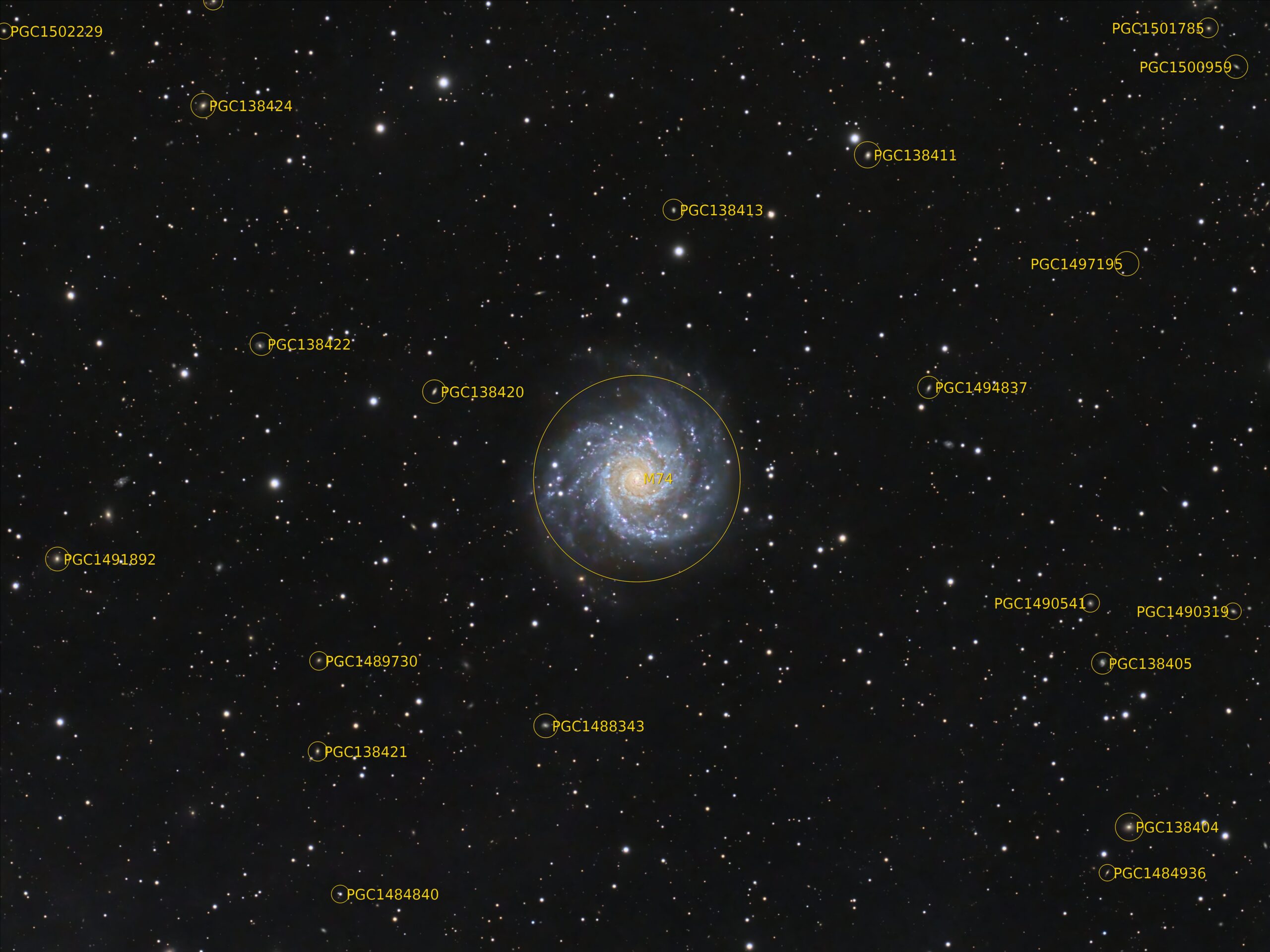 DrizzleIntegration was applied to the OSC frames, and the result was aligned to the Luminance master with StarAlignment. This yielded aligned Ha, Lum and Colour masters.

DynamicBackgroundExtraction was applied to the luminance and OSC masters (not required for Ha).

ColorCalibration was used to calibrate the OSC master.

Linear Noise Reduction: NoiseXterminator was used to reduce noise in the background areas of each image with settings Amount=0.9 and Detail=0.25

Star Restoration: Stars removed using StarXterminator were added back into the image using straight addition in PixelMath. The star image was used as a mask to shrink the stars slightly using MorphologicalTransformation (morphological selection mode, selection=0.11, strength =0.75, star shape 5×5 round).