Skip to content
Previous Next
M76, The Little Dumbbell Nebula 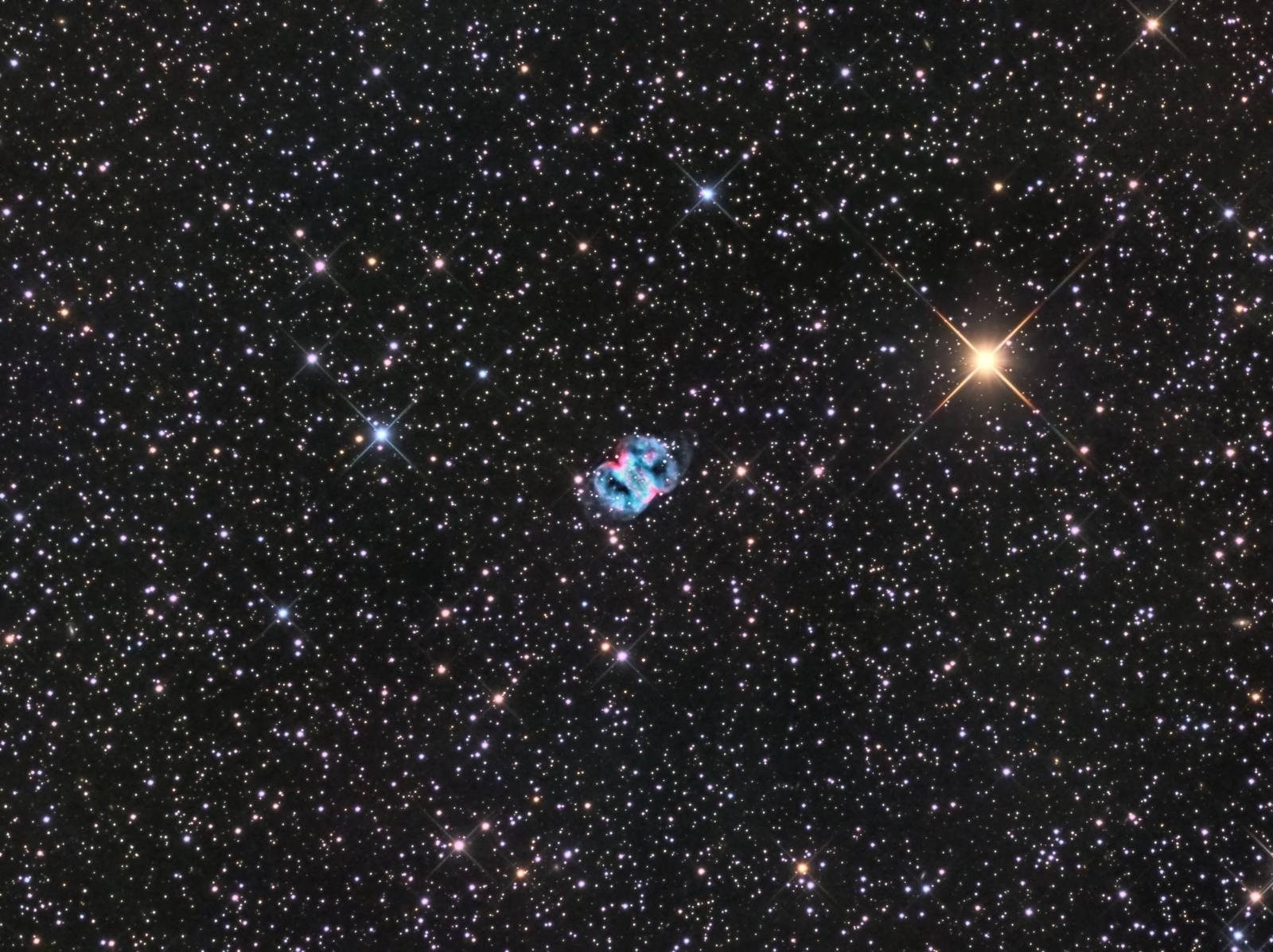 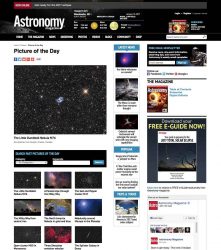 This is M76, also known as the Little Dumbell nebula, and it is the faintest object in the Messier catalogue (but still visible in binoculars in a dark sky).  It’s nickname is a nod to the bigger, brighter showpiece object, the Dumbbell Nebula (M27).  Both of these planetary nebulae glow because gas thrown off by a dying central star is now absorbing the dying star’s energy and re-emitting it as visible light.  Hydrogen accounts for the red; mostly oxygen for the blue-green.  M76 is located in the constellation Perseus around 2,500 light years distant.  Nebulae of this type dissipate over a period of thousands of years.  The term “planetary nebula” has nothing to do with planets. Early telescope observers saw these objects as being disc-like, sort of like planets, and gave them this name.

I could have cropped this image, but I decided to leave this little gem in a wide field full of stars.  You can really get a sense of the vastness of space and the seemingly infinite number of stars out there.  Start by considering the central star in the nebula, the dying star causing the nebula to be visible in the first place.  Glowing at magnitude 16, it is around 10,000x fainter than a dark-adapted naked eye can see in a very dark sky.  Stars at least 500 times fainter are scattered throughout this image, along with numerous faint and distant galaxies, each of them made of billions of stars. Some of the most prominent galaxies in this image are near the edges.  I made an annotated image that shows the locations of a few of the galaxies, but there are others that aren’t marked.

I acquired this data in September, 2013, but was never happy with the result I was able to get then. Although this is better, there is a lot of detail in the centre of the nebula that I think I could bring out with some Ha and O3 data, so I will definitely come back to this target in the future.

Additional Processing
Final Steps: MultisclaeLinearTransform was used to sharpen the nebula (bias of 0.05 in layers 2 and 3), followed by a mild convolution. Background and star brightness, contrast and saturation were adjusted in several iterations using Curves with masks as required.