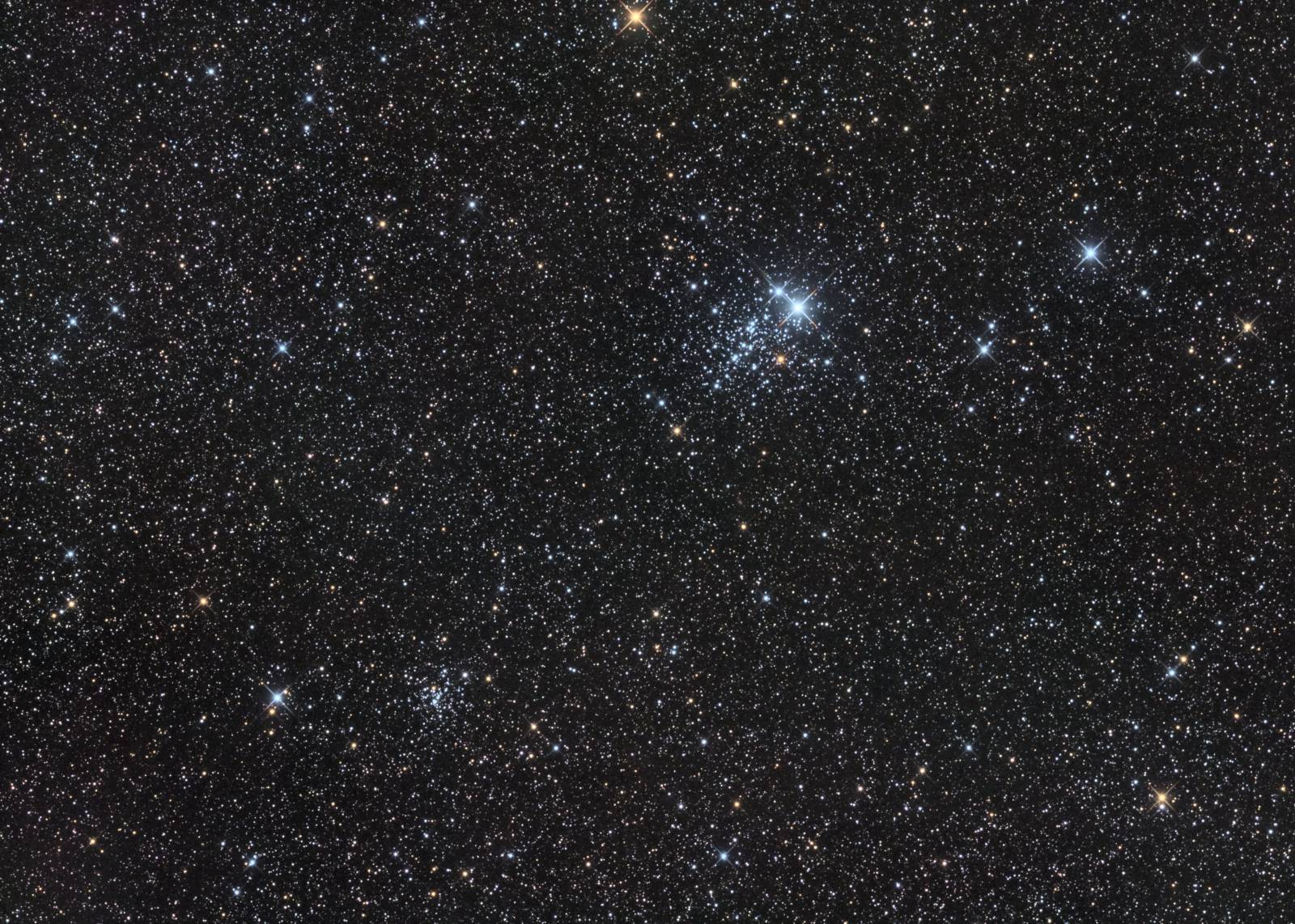 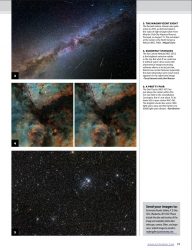 This image shows a pair of pretty open clusters in Cassiopeia:  NGC457 (towards upper right in the image), and the smaller NGC436 (lower left of image). NGC457 is about 7900 light years away and its age is estimated to be 21 million years.  NGC436 is a little further away and a lot older, at 9,800 light years away and 85 million years old. NGC457 goes by the name of the Owl cluster, the Number 5 Cluster or the E.T. Cluster.  It does look a bit like an alien from the movie, but to me the owl is more prominent.  I can sort of see his wings more than half unfolded.  I can see the 5 now that I know it’s there (tilt your head to the right while viewing the image at a quite small size), but I didn’t see it until it was pointed out to me.

The data for this image were acquired in September 2012, but I haven’t posted this image previously. The poor weather lately has given me a chance to go back to old, high-quality data and see what I can do with it.