Skip to content
Previous Next
NGC4631 and NGC4656, The Whale and Hockey Stick Galaxies 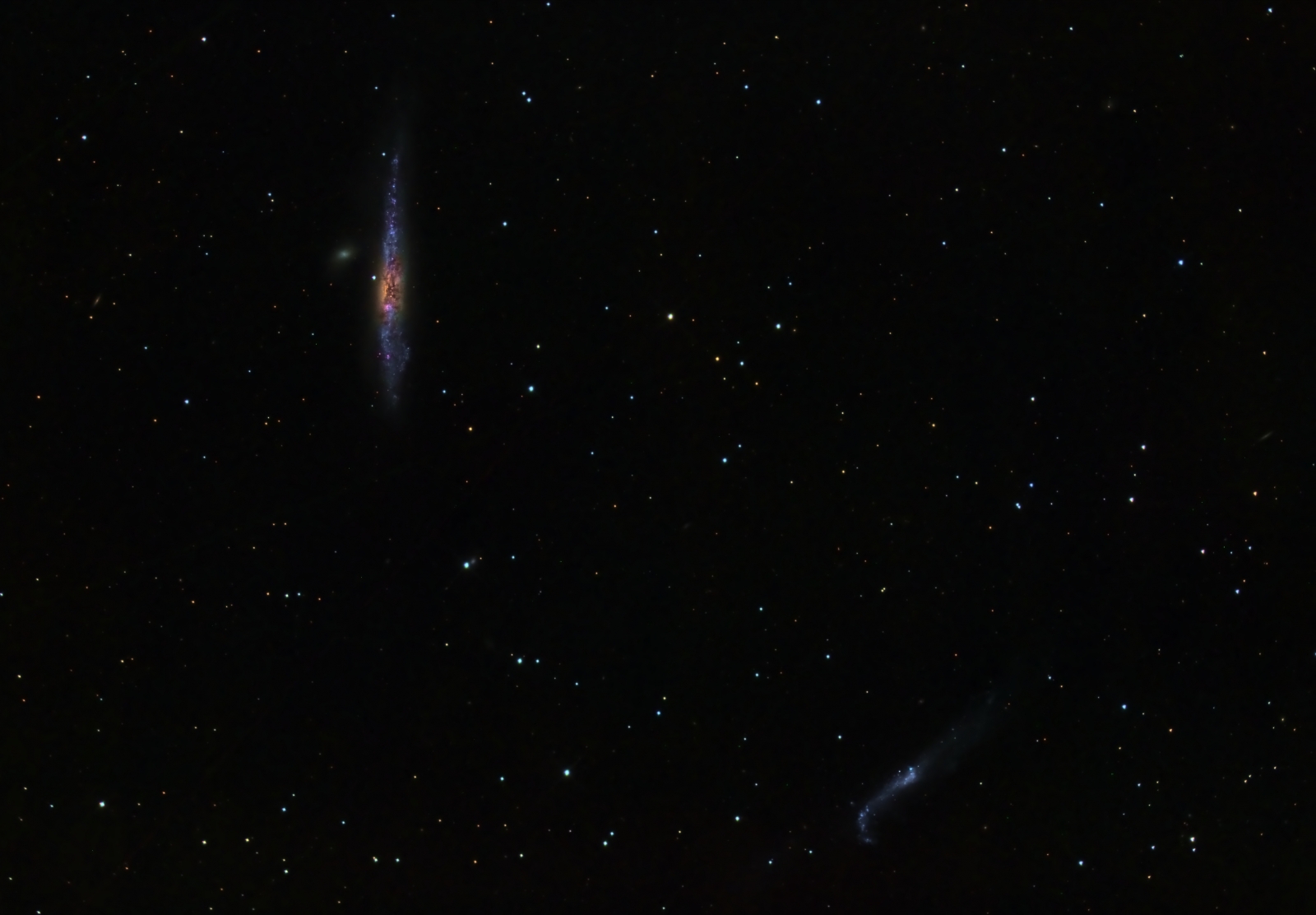 NGC4631 (top left) and NGC 4656 (bottom right) are known as the Whale Galaxy and Hockey Stick Galaxy, respectively.  The Whale is distorted due to its interaction with NGC4627 just to its left.  The Whale shows a yellow core, blue star clusters and pink nebula.  It is about 25 million light years away.  The Hockey Stick, lying about 30 million light years distant, is distorted by a small galaxy just of the tip of the “blade.”  In this region of sky there are galaxies everywhere, and you can find many more in this picture.  Look for streaks (e.g. above centre left, and centre right) or fuzzy patches that don’t look like the other stars.  I acquired the data in 2014, and this version replaces the one previously posted here, for those who are interested in seeing how my processing has changed over time.  I think this shot would benefit from a lot more imaging time, and I plan to go back to it this spring.

Final Processing
UnsharpMask was applied to the galaxies using a range mask to protect background and stars.  Contrast, brightness and colour saturation were adjusted in several iterations with the Curves tool, with separate adjustments made for galaxy, background and stars using a mask.