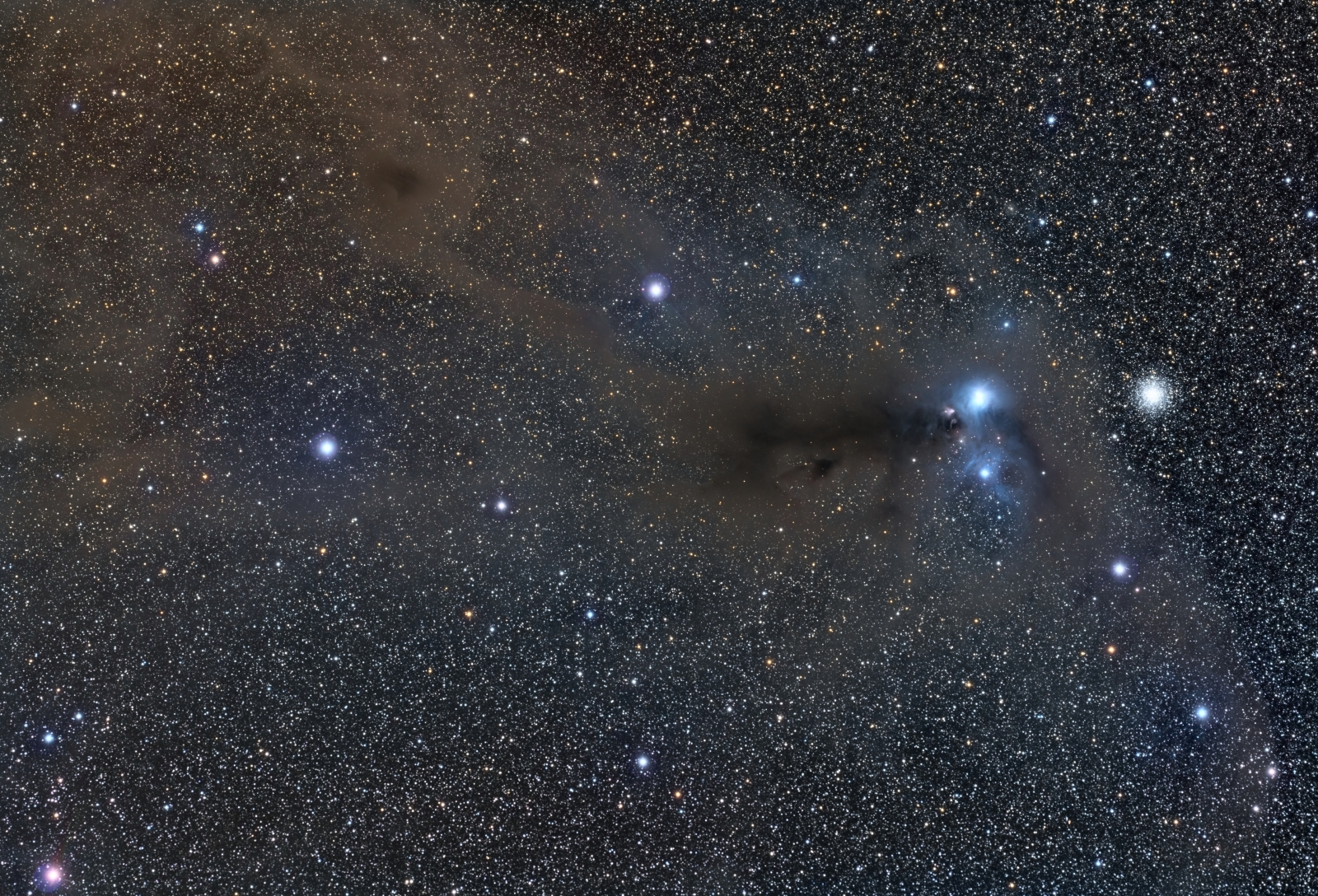 Corona Australis is a southern constellation that hugs the horizon from my location.   It lies south of Sagittarius, and west of the “stinger” stars of the tail of Scorpius.  The brown dusty area is the Corona Australis molecular cloud, and is one of the  closest star forming regions to Earth.  The globular cluster at right in this image is NGC6541.  To the left of the globular cluster are several bright blue reflection nebula, NGC 6729, NGC 6726–7, and IC 4812.  Just left of these blue patches is a very small, pale comet-shaped patch.  This is a variable nebula that brightens and dims with the young variable star R Corona Australis, which lies inside it.  There’s a lot more going on in this image, which is well described here.

RGB:
Creation and cleanup: L, R, G and B masters were cropped.  R, G and B were combined to make an RGB image which was processed with DBE and ColourCalibration.  MultiscaleLinearTransformation was applied to reduce the noise.

The ColorMask script was used to make a magenta mask, which was blurred with Convolution and then used to target a reduction in magenta saturation and a slight hue shift towards blue in the haloes around the brightest stars.  Colour saturation was increased in the medium sized and smallest stars and in the dark nebula using Curves.  Then Curves was used without a mask to increase contrast and boost saturation throughout.  The DarkStructureEnhance script was applied at a setting of 0.25 to slightly darken the darkest portions of the brown dusty regions.

Image scale for this telescope-camera combination is 3.5 arcsec per pixel.