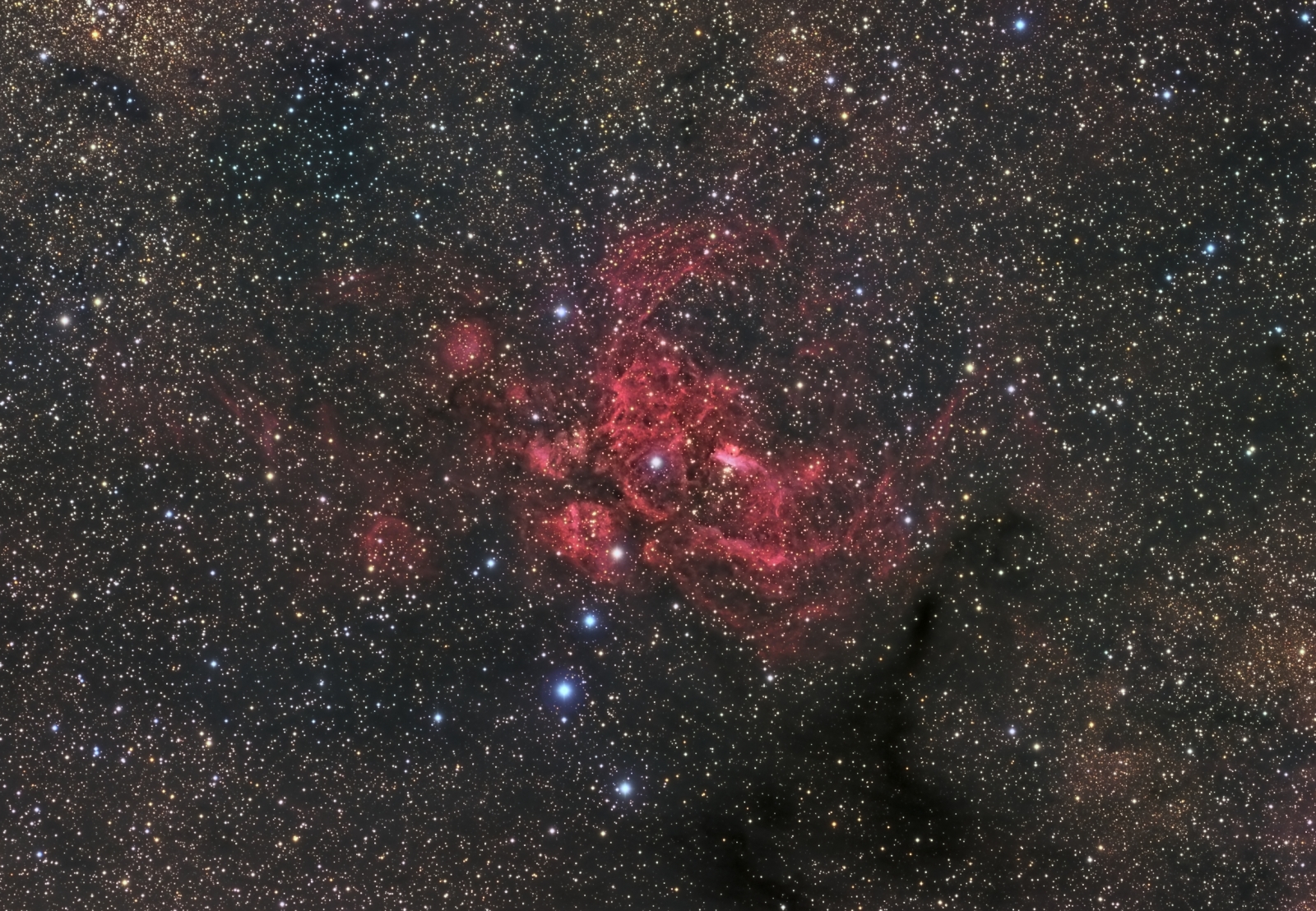 NGC6357 is a bright, diffuse emission nebula in Scorpius. It is sometimes referred to as the “War and Peace Nebula” because images in infrared light appear to show a dove and a skull shape within it. Others call it the Lobster Nebula. This object is a star forming region, and many massive, hot, young stars have formed in the nebula, creating “bubbles” as they form. The intricate shapes in the nebula are due to the interplay of stellar winds, gravity, radiation and magnetic fields. The nebula also contains the open cluster Pismis 1, which lies just right of and below centre, and also contains many massive stars.

This image is a collaboration between me and Brett Soames, of Bathurst, New South Wales, Australia.  Brett acquired the image data from his home observatory and did the pre-processing (calibration, alignment and integration).  I did the processing as described below to produce the picture you see here.  This object never rises above 13 degrees altitude for me, in the trees and light pollution.  Luckily for Brett it passes overhead!

HDR Multiscale Transform was applied at 6 and 4 pixel scales using a mask to protect the stars.  The result was blended back with the original image 1:1.  TGVDenoise was applied followed by LocalHistogramEqualization using a range mask to protect background and stars.  Colour saturation was increased in the stars and the nebula.  The ColorMask script was used to make a magenta colour mask.  This was multiplied by a star mask and used to reduce magenta halos around some stars.

Image scale for this telescope-camera combination is 3.5 arcsec per pixel.