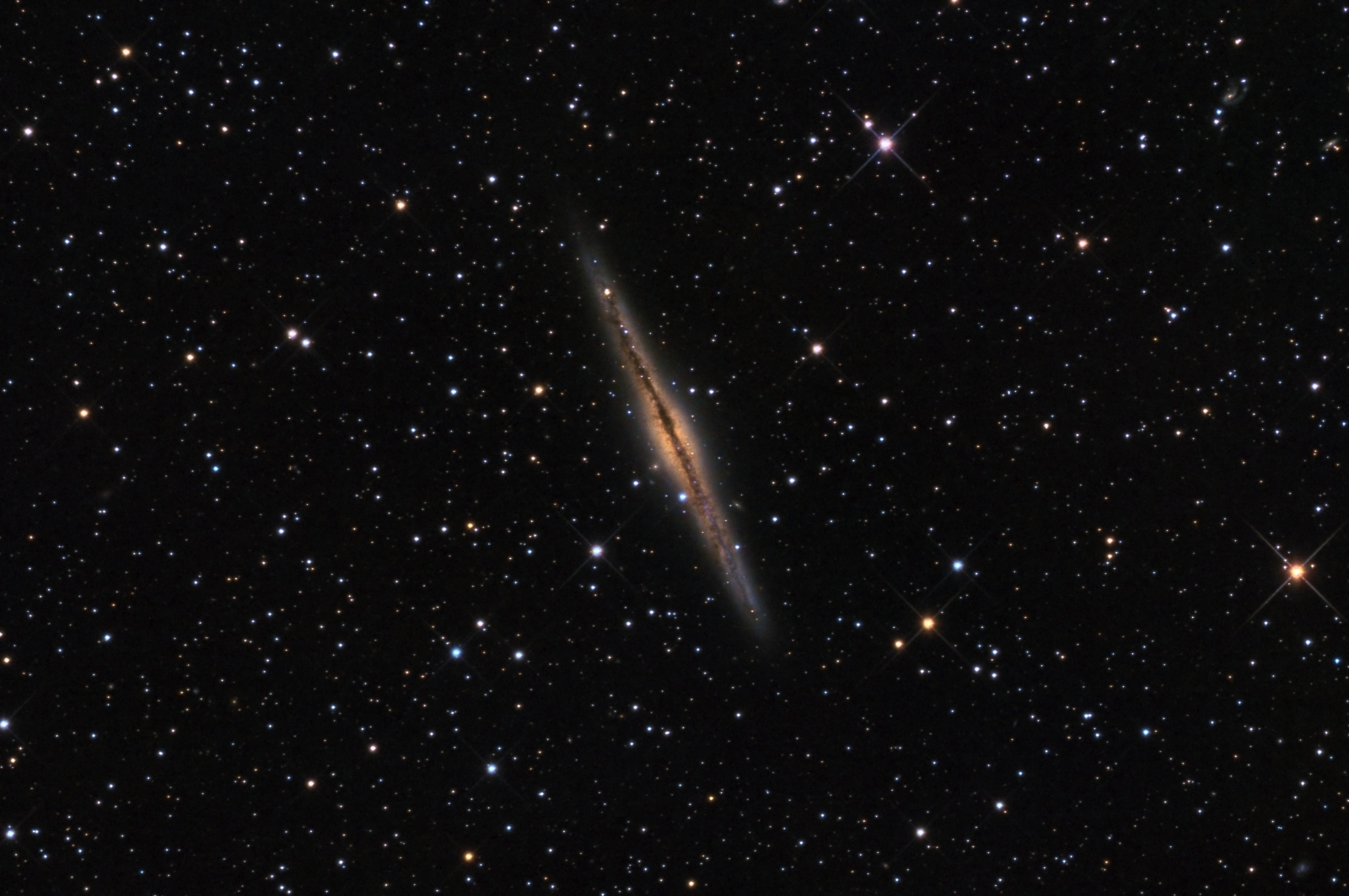 NGC is an edge-on spiral galaxy located in the constellation Andromeda, about 30 million light years away.  It shows a prominent dust line with lots of details, and some astronomers think that it looks similar to how our own galaxy would look seen edge-on from a distance.  There are many faint galaxies far in the distance in this image. Look at the upper and lower right corners and to the right of the bulge of NGC891 for three of the most prominent.  Remember that when you look at galaxies, all of which are very far away (millions to billions of light years) you are seeing at them as they were long ago.  All of the stars you see in this image are in the foreground, within our own Milky Way galaxy.

I posted a previous version of this image in October 2013, and it was published several times (Astronomy Magazine Online Picture of the Day, March 1, 2014; Back Cover, Journal of the Royal Astronomical Society of Canada, August 2014 edition; SkyNews website Dec. 16, 2015). The 2016 version reveals quite a bit more detail and more subtle colouration. The galaxy also appears longer and wider, in the new image, because I did not darken the background too much, which also means there are more stars and galaxies visible.

Image scale is about 0.55 arcsec per pixel for this camera / telescope combination, because DrizzleIntegration was used to double the pixel density.