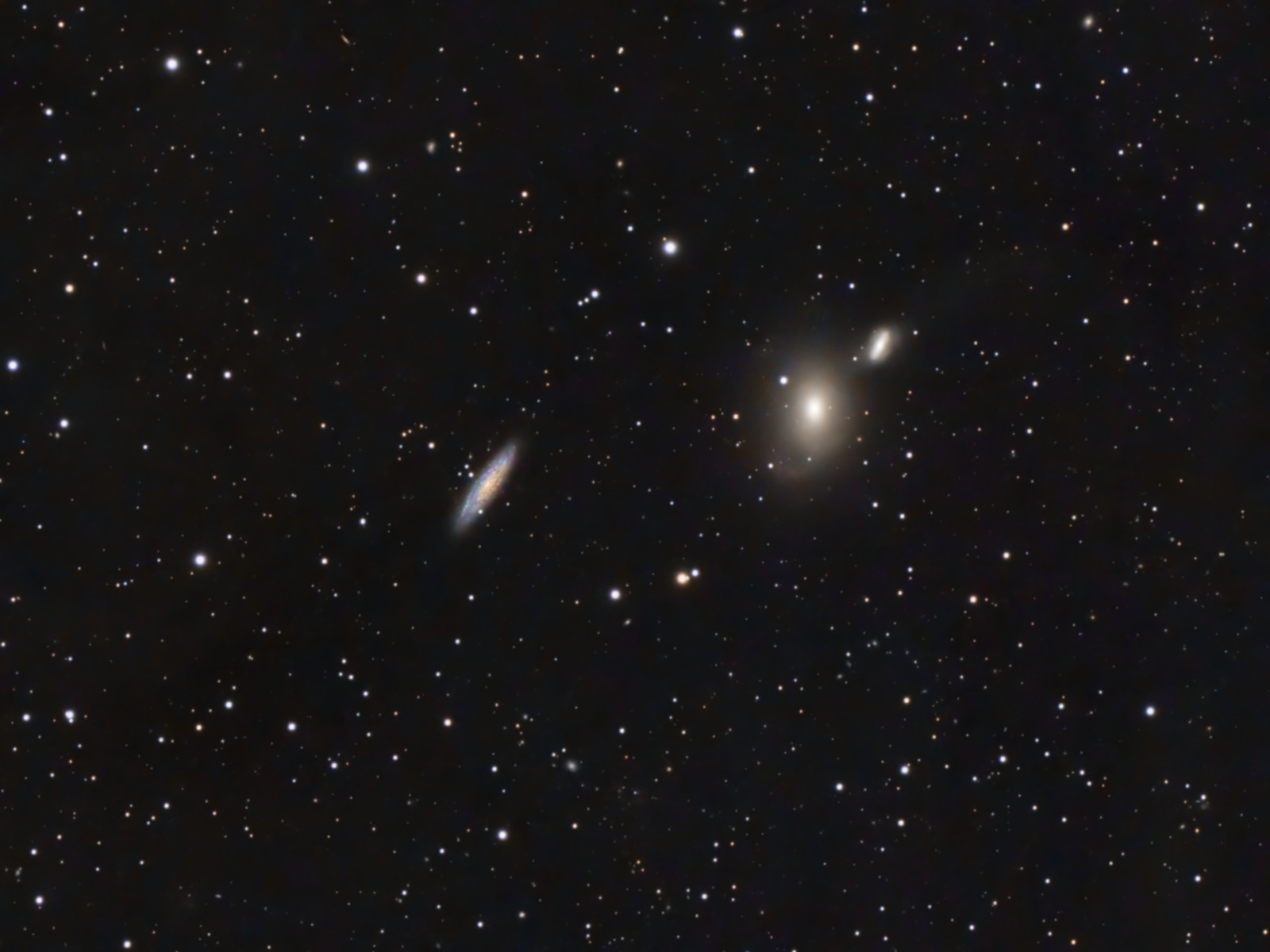 NGC 5577 is a spiral galaxy and shows blue spiral arms, a yellow core and plenty of detail. It’s about 68 million light years away. It’s long axis is about 1/10th of the Moon’s diameter. NGC 5576 and NGC 5574 are at a similar distance. The other galaxies in the annotated image are much further away and therefore appear much smaller on the sky.

Tekkies:
Acquisition, focusing, and control of Paramount MX mount with N.I.N.A., and TheSkyX. Focus with Optec DirectSync motors and controller. Equipment control with PrimaLuce Labs Eagle 4 Pro computer. All pre-processing and processing in PixInsight. Acquired from my SkyShed in Guelph. Very good transparency and average seeing. Acquired May 24-June 3, 2022 under a moon-free sky. 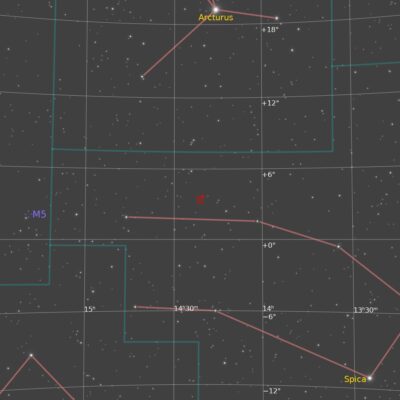 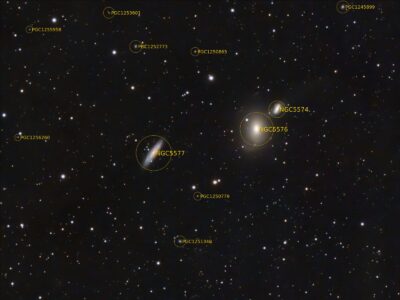 DynamicBackgroundExtraction was applied to the luminance and OSC masters.

Luminance
Deconvolution:  A star mask was made from the Luminance master to use as a Local Deringing Support Image. The GAME script was used to make a mask selecting only NGC 5577 for deconvolution. Deconvolution was applied (50 iterations, regularized Richardson-Lucy, ParametricPSF mode with default settings; Global dark deringing = 0.02; Global bright deringing 0.007).

Star Processing and Restoration: ChannelMatch was used to align the channels in the stars in the stars-only image extracted by StarNet2. The extracted luminance channel of this image was used as a mask to select stars only, and Curves was used to boost saturation in the stars. The stars were added back into the image using straight addition in PixelMath.