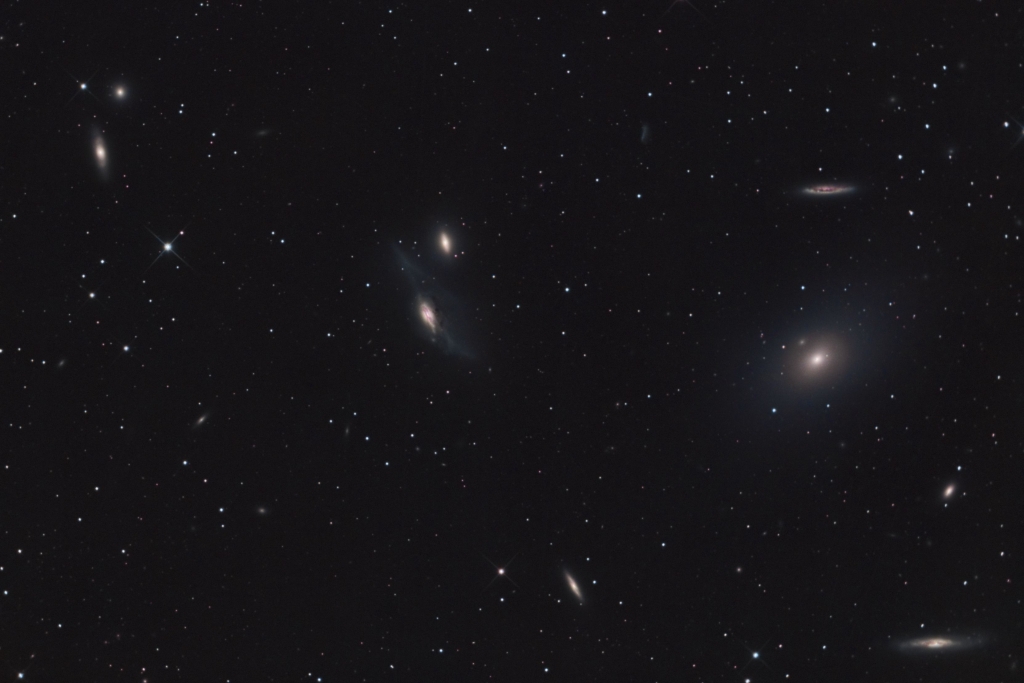 This image shows a portion of the Virgo galaxy cluster.  Well over a hundred galaxies are visible in this shot, in particular a swarm of small galaxies at lower left. The various bright galaxies in my shot are identified at:

The centre of the Virgo cluster is about 54 million light years away, and the cluster contains at least 1300 member galaxies.  In taking this shot I was particularly interested in “the eyes”, the pair of galaxies just upper left of centre. These are NGC4438 (bottom) and 4435.  NGC4438 is highly distorted due to past interactions with other nearby galaxies, including NGC4438.

The R, G and B files produced in MaximDL were registered and combined into an RGB image followed by DynamicBackgroundExtraction and colour calibration.  The Luminance master was aligned to the RGB frame. Luminance was processed with DynamicBackgroundExtraction and deconvolution, and then stretched.  RGB was also stretched.  The Luminance image was processed with Linear Fit using the L extracted from the RGB image as the reference.  Then L was applied to the RGB using LRGB Combine.  TGV Denoise was applied to the background and the black point adjusted.   Saturation and contrast were adjusted using Curves.  Image scale is about 1.1 arc sec per pixel.