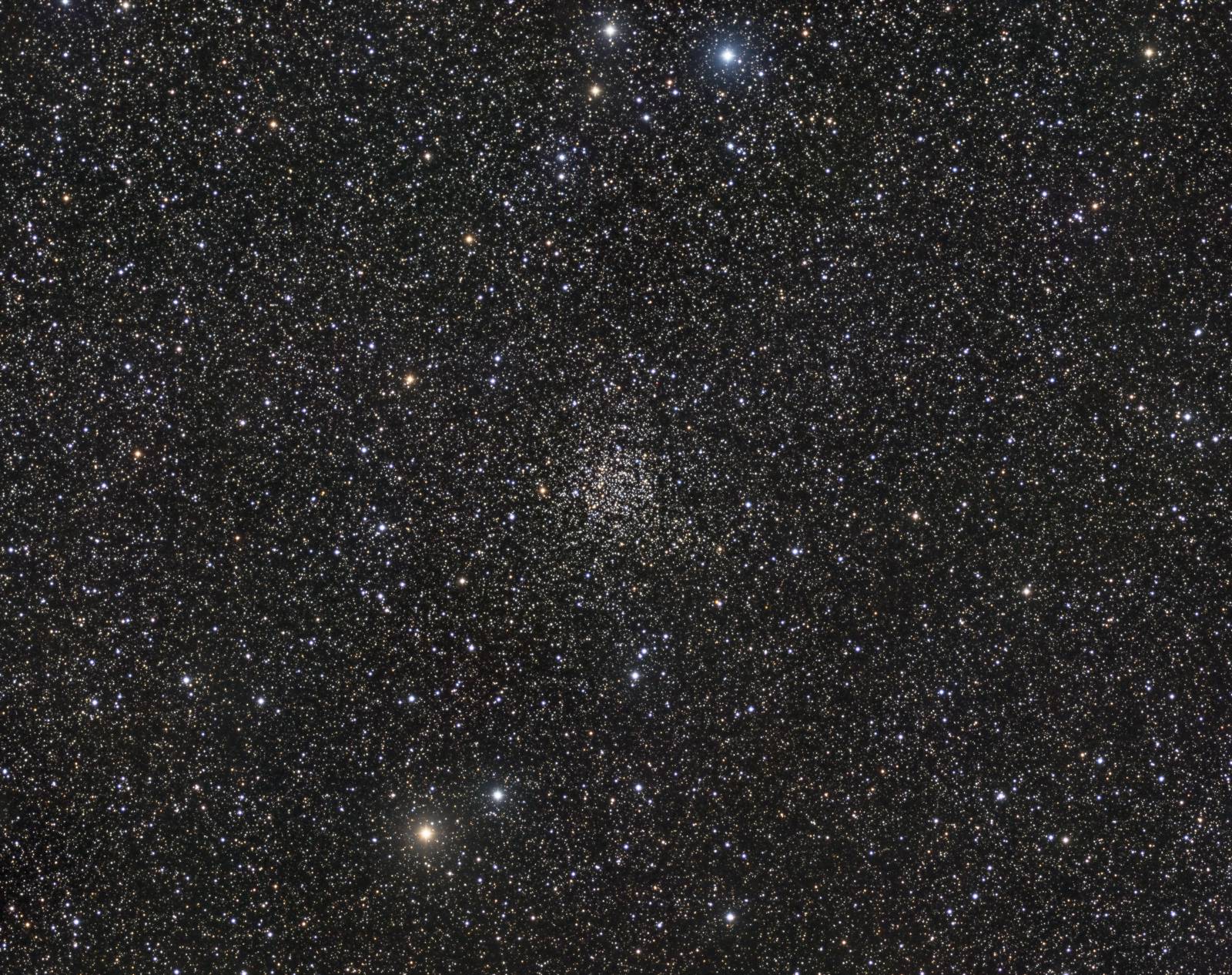 This shot shows NGC 7789, which is, in my opinion, the finest of Cassiopeia’s many open clusters. After a whole summer of shooting mostly nebulae, both bright and faint, it was time to go after a pretty open cluster. I have shot this cluster at higher focal length previously, but it is nice to see it set in a nice, wide Milky Way field.

Carolyn Herschel discovered it, and it is sometimes called the White Rose Cluster or Carolyn’s Rose Cluster.  It is about 8,000 light years away, and in our home galaxy, the Milky Way.  It is an old cluster, at 1.6 billion years.  A hint to its age is the many reddish stars visible in this shot.  These massive stars have used up most of their fuel and have now cooled and expanded, becoming red giants.  The other stars, born around the same time as the red giants, started out with less mass, and are still on the “main sequence”.  They, too will eventually cool and redden.

As full of stars as this field is, there are still some faint galaxies visible in the image. They lie far away in the background. You can find some with the help of this annotated image.

RGB Creation
Creation and cleanup:  The R, G, and Bmasters were cropped. DynamicBackgroundExtraction was applied to each master. R, G and B were combined to make an RGB image which was processed with PhotometricColorCalibration, using a background area as the background reference.

Linear Noise Reduction:  MultiscaleLinearTransform was used to reduce noise in the background areas of the SynthL image. The linear mask feature was used to protect bright stars and brighter areas of the nebulae. Layer settings for threshold and strength: Layer 1: 4.0 0.65   Layer 2: 3.0, 0.5  Layer 3: 2., 0.3  Layer 4: 1.0, 0.1.

Final Steps: Background and star brightness, contrast and saturation were adjusted in several iterations using Curves with masks as required.

Image scale is about 1.6 arcsec per pixel for this camera/telescope combination using Drizzle Integration.