Skip to content
Previous Next
Rosette Nebula in HaRGB 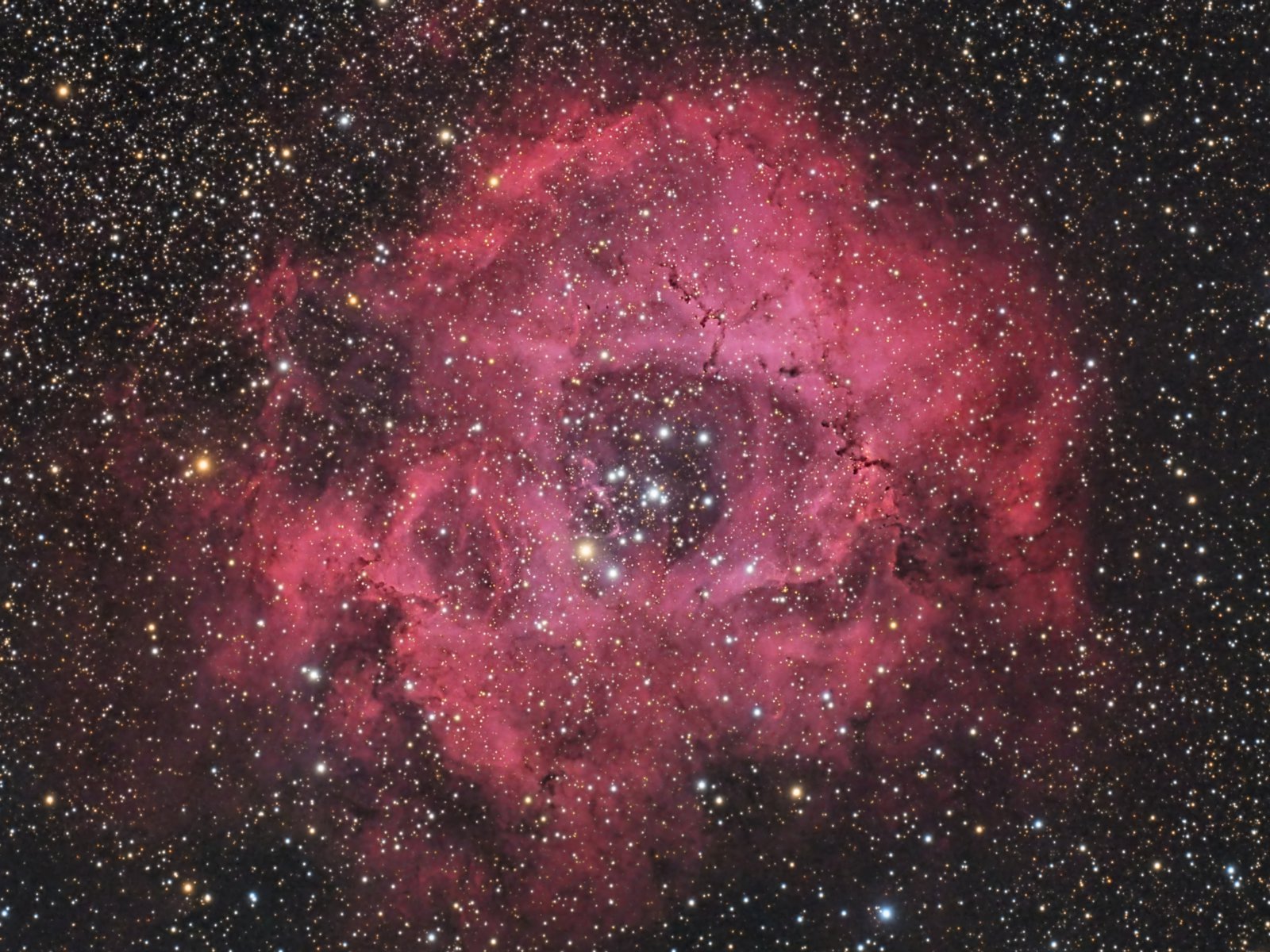 This gorgeous donut is the Rosette Nebula.  It’s very large and diffuse, and contains open cluster NGC 2244, which is in the darker centre of the nebula. The Rosette lies about 5,200 light years away in the constellation Monoceros, and is about 50 light years across. This gives it an apparent width about three times that of the full Moon. This nebula is a star nursery, with about 2,500 young stars estimated to be within it, and a total mass about 10,000 times the Sun’s. The young stars were formed from the gas and dust in the Rosette, and are now causing the gas to glow, absorbing invisible infrared star light and emitting it mostly as red and blue light that we can see. 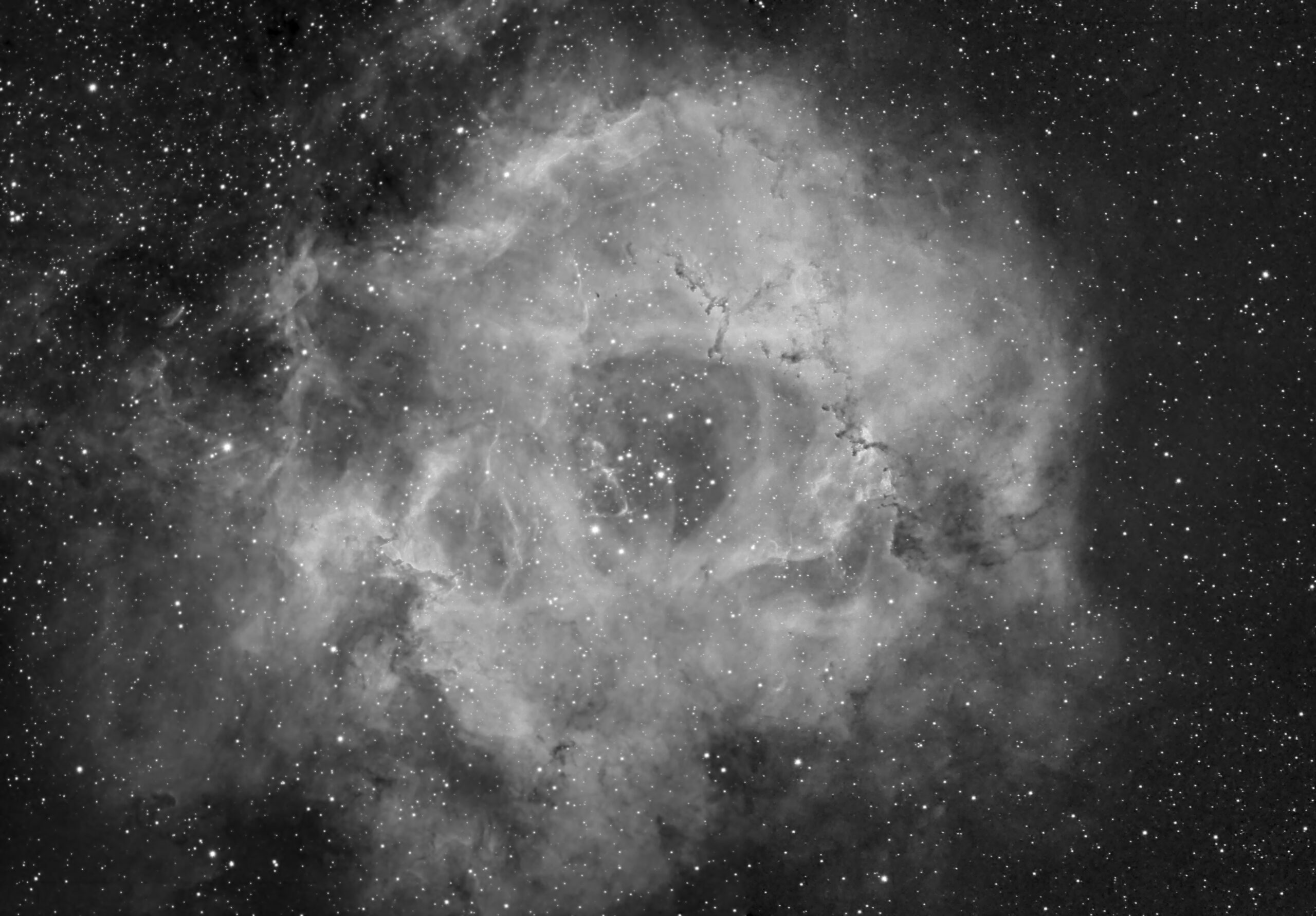 In making this image, I had to make a 2-pane mosaic for the Ha data, since the field of view couldn’t capture the entire object. The Ha mosaic is shown at left. Click the pic for full res view.

Mosaic Creation for H-alpha: Masters for both H-alpha panes were cropped to remove edge artifacts and processed separately with DBE. ImageRegistration was used in mosaic/union mode to make a mosaic template. StarAlignment was used to align each pane to the template. GradientMergeMosaic was used to merge Pane 1 and Pane 2 of each channel.  Edge artifacts were cropped.

H-alpha
Deconvolution:  A star mask was made from the Luminance master to use as a Local Deringing Support Image. A stretched clone of the H-alpha image was used to make a mask selecting bright regions of the nebula for deconvolution. Deconvolution was applied (30 iterations, regularized Richardson-Lucy, ParametricPSF mode with default settings; Global dark deringing = 0.02; Global bright deringing 0.007).

Additional Processing
Nonlinear Noise Reduction: TGVDenoise was used in L*a*b* mode to reduce noise with a mask used to target the background areas and protect the stars and nebula (max. 1,000 iterations and convergence selected for both lightness and chrominance).

Sharpening: MultiscaleLinearTransform was used to sharpen Layers 2 and 3 with strengths of 0.2 and 0.13, respectively. A mask was made by subtracting a star mask from the mask used for deconvolution. This was used to limit sharpening to specific regions of the image, while avoiding sharpening the stars.

Final Steps: The DarkStructureEnhance script was applied with a strength of 0.2. Background, nebula and star brightness, contrast and saturation were adjusted in several iterations using CurvesTransformation with masks as required. ICCProfileTransformation (sRGB IEC61966-2.1; Relative Colorimetric with black point compensation) was applied prior to saving as a jpg.