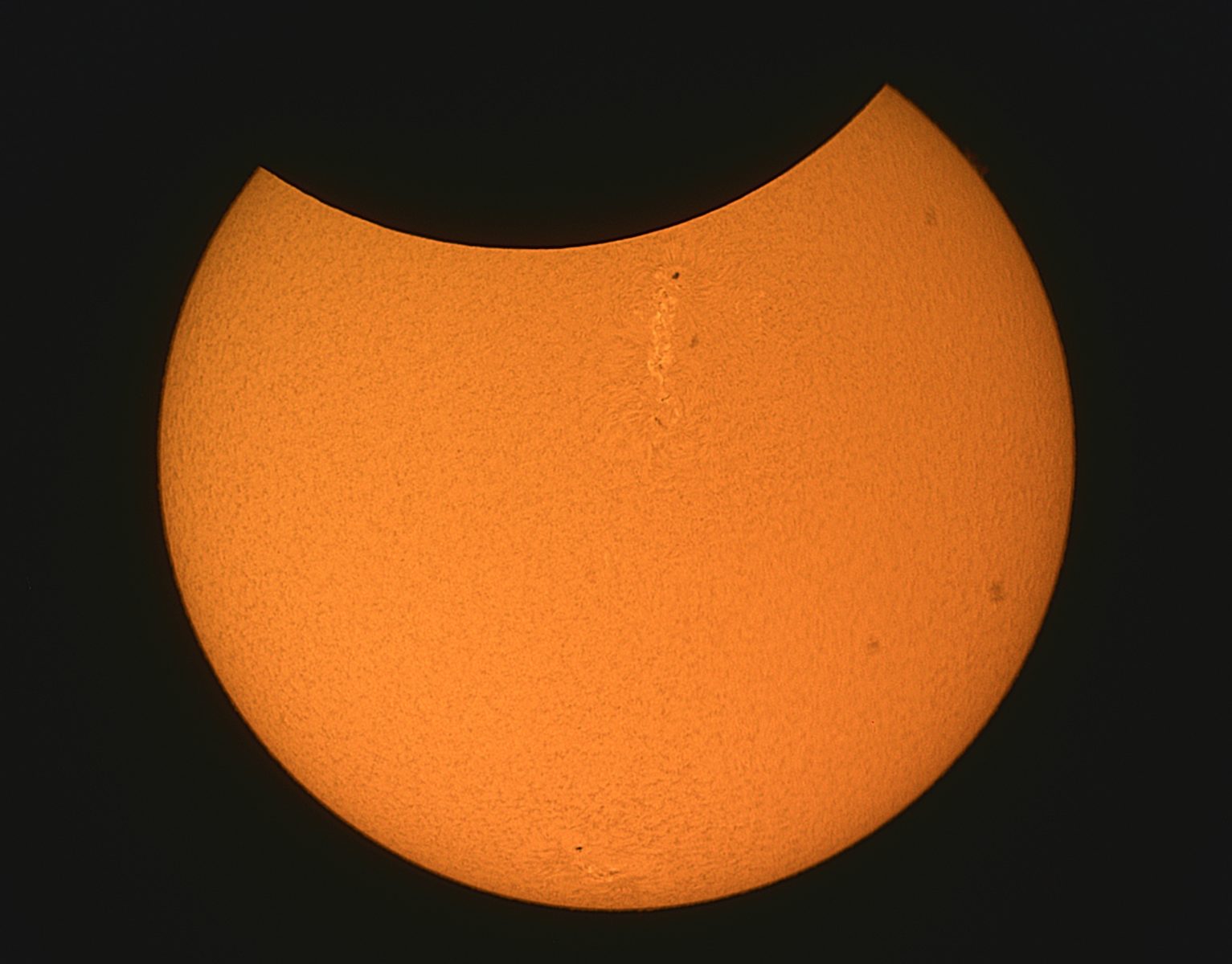 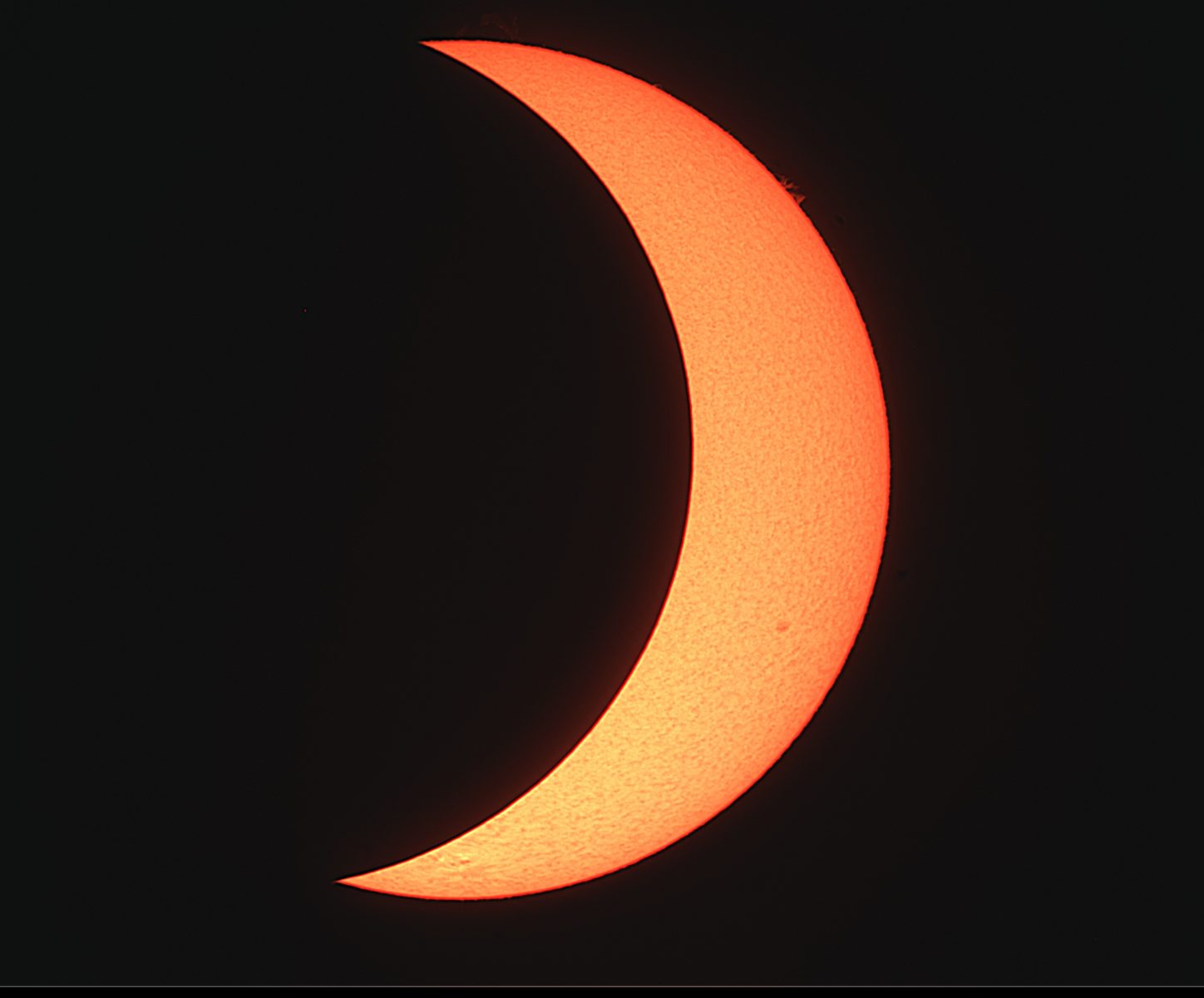 We had haze and intermittent cloud for the solar eclipse of August 21, 2017, but it cleared periodically, allowing me to take these two images. Gail and I had about 10 friends come to view the spectacle with us, using home-made pin-hole cameras, as well as white-light and Ha- filtered telescopes. Around mid-eclipse the light seemed very different — less contrasty and colours less saturated. Shadow edges also became noticeably sharper.

If you look carefully you can see that the Moon’s edge is sharp, yet rough due to the lunar mountains. This proves that the Moon itself, and not a shadow, is blocking the Sun’s light.  The Moon is passing between us and the Sun. How cool is that?