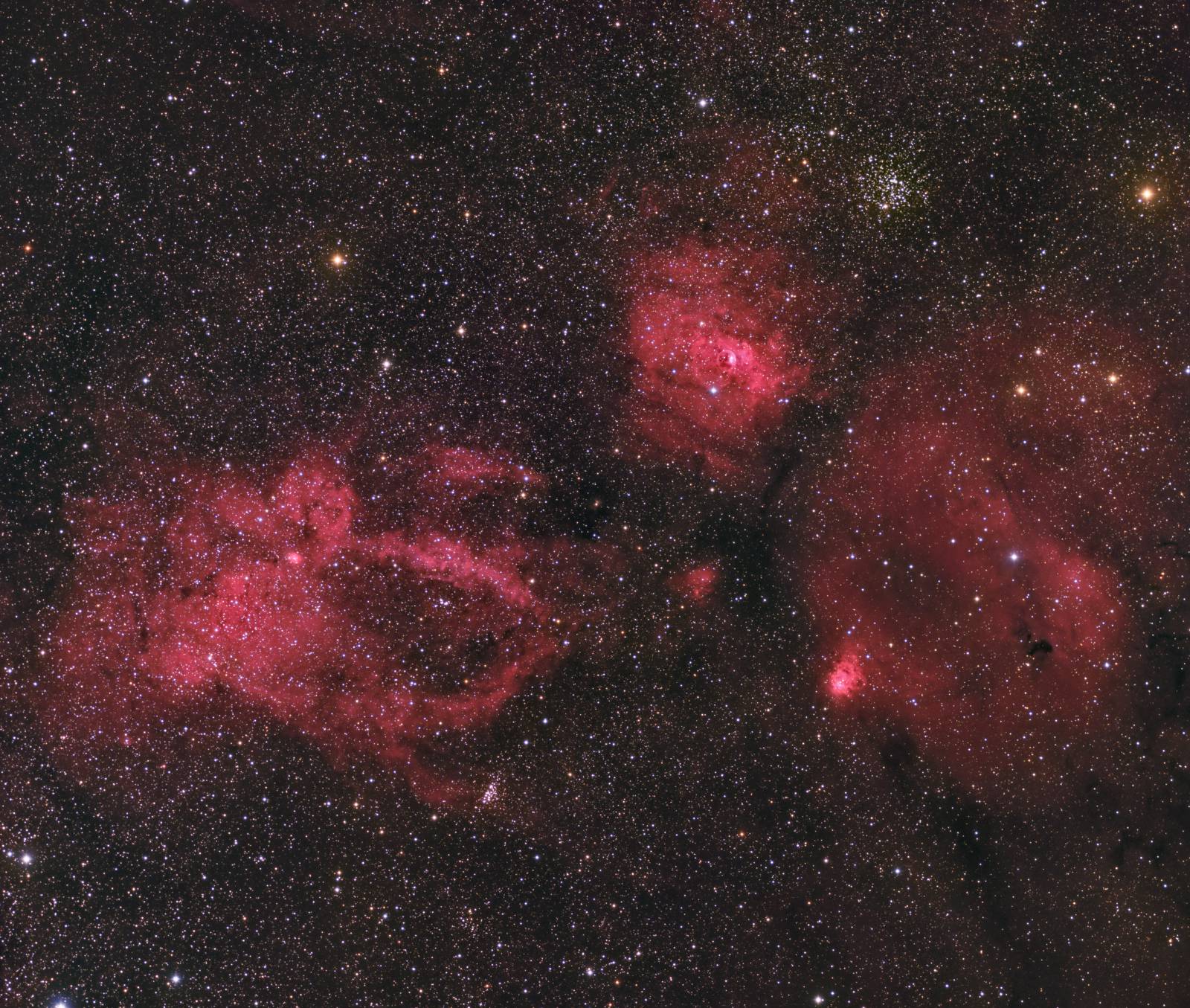 This image shows a wide field view of the region around the Bubble Nebula in Cassiopeia. I’ve imaged the Bubble Nebula a few times. It inhabits a very busy patch of sky. Several other deep sky objects show up nicely in this image, and are also shown in an annotated image of this region: 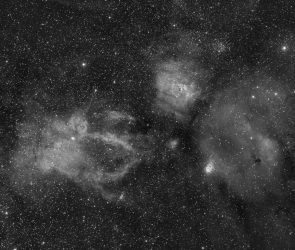 The objects that dominate this image are made up of clouds of hydrogen atoms that release energy as red light. I prepared a black and white version that uses only this H-alpha wavelength. It shows more subtle brightness differences and smaller stars. Click on the thumbnail to see it full size.

Synthetic Luminance:
Creation and cleanup of SynthL: The Ha master was used as the SynthL.

Dynamic Range Adjustment: HDRMultiscaleTransform was applied at scales of 6 and 4 pixels using a mask to protect stars and background.

Local Contrast Adjustment: Areas of the image that had been processed with HDRMultiscaleTransform were processed with two passes of LocalHistrogramEqualization with max contrast of 1.5 (scale 50, strength 0.45 and scale 150, strength 0.18) using a mask to protect background and stars.

Additional Processing:
Final Steps: MultiscaleLinearTransform was used to sharpen the structures in the bright parts of the nebulae (layers 2-4 at 0.035). Background, nebula and star brightness, contrast and saturation were adjusted in several iterations using Curves with masks as required. A range mask was used to protect background and stars while adjusting the hue of the nebula to reduce a slight orange cast. Stars were reduced in size using the MorphologicalTransformation tool’s morphological selection mode using a star mask to limit the tool’s effect to large and medium sized stars. The DarkStructureEnhance script was used to increase contrast between dark nebula and brighter regions, followed by a final contrast and saturation adjustment.