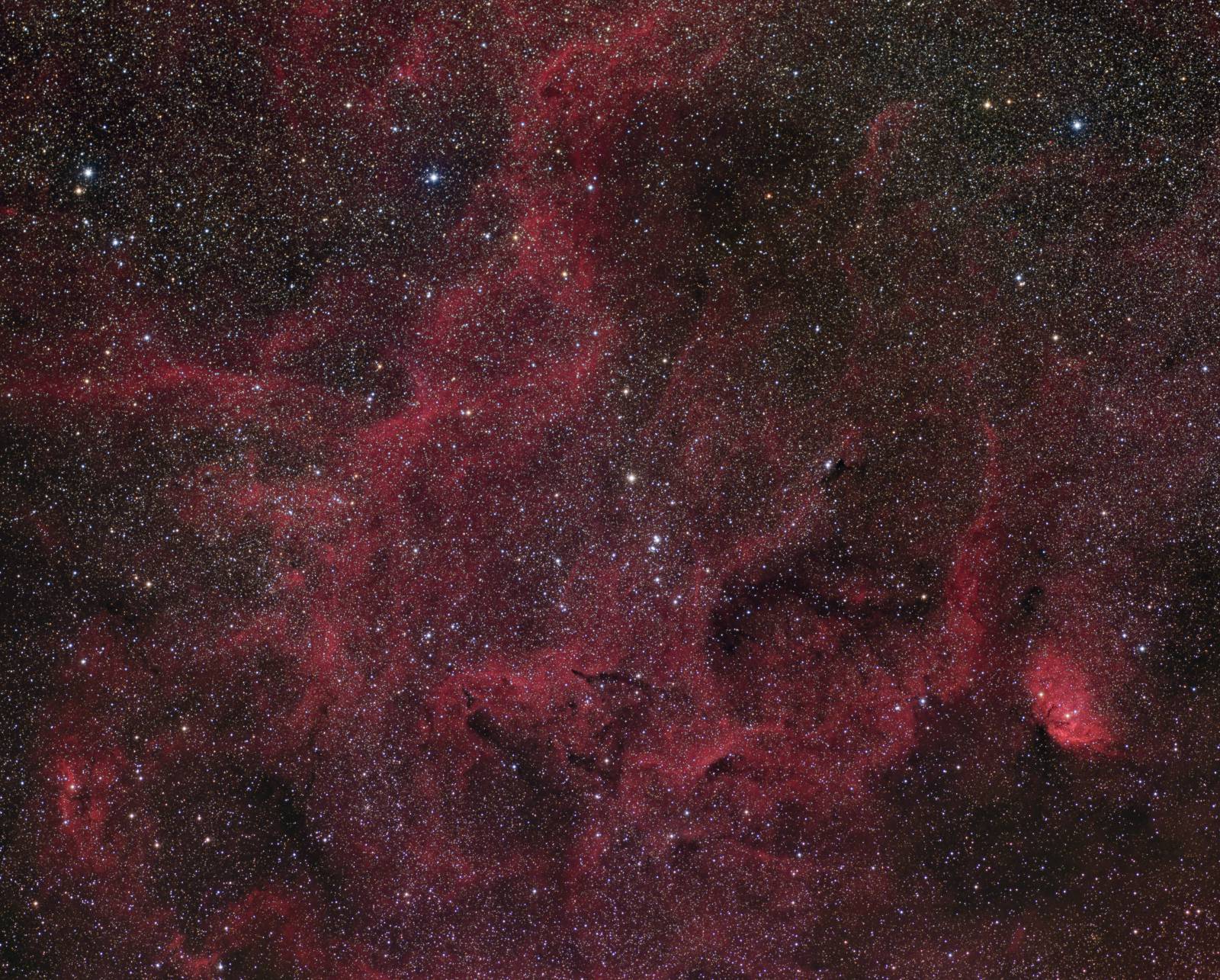 This wide field image shows a the region adjacent to the Tulip Nebula, which is the bright patch at lower right in this image. I actually started out on this project with the Tulip in the centre, but noticed this lovely lacy nebulosity nearby. Some of the many other deep sky objects in this image are shown in an annotated version.

This image includes the location of one of the first suspected black holes, called Cygnus X-1. It forms a binary pair with a blue supergiant variable star (a big, hot star that changes brightness periodically). To find it, first locate the vertical pair of moderately bright stars near the right edge of the image, level with the bottom of part of Sh2-101. The lower (and brighter) of these two stars is the blue supergiant. The black hole is, of course, not visible.

Dynamic Range Adjustment: HDRMultiscaleTransform was applied at scales of 6 and 4 pixels using a mask to protect stars and background.

Local Contrast Adjustment: Areas of the image that had been processed with HDRMultiscaleTransform were processed with two passes of LocalHistrogramEqualization with max contrast of 1.5 (scale 50, strength 0.45 and scale 150, strength 0.18) using a mask to protect background and stars.

Additional Processing:
Final Steps: MultiscaleLinearTransform was used to sharpen the structures in the bright parts of the nebulae (layers 2-4 at 0.035). The StarReduction script was applied to a copy of the image which was then blended back with the original 1:2 using a star mask to limit the tool’s effect to small and medium sized stars. The DarkStructureEnhance script was used to increase contrast between dark nebula and brighter regions. Background, nebula and star brightness, contrast and saturation were adjusted in several iterations using Curves with masks as required. A range mask was used to protect background and stars while adjusting the hue of the nebula to reduce a slight orange cast.  The image was reduced in size by a factor of 2 with IntegerResample to restore resolution to its original value.