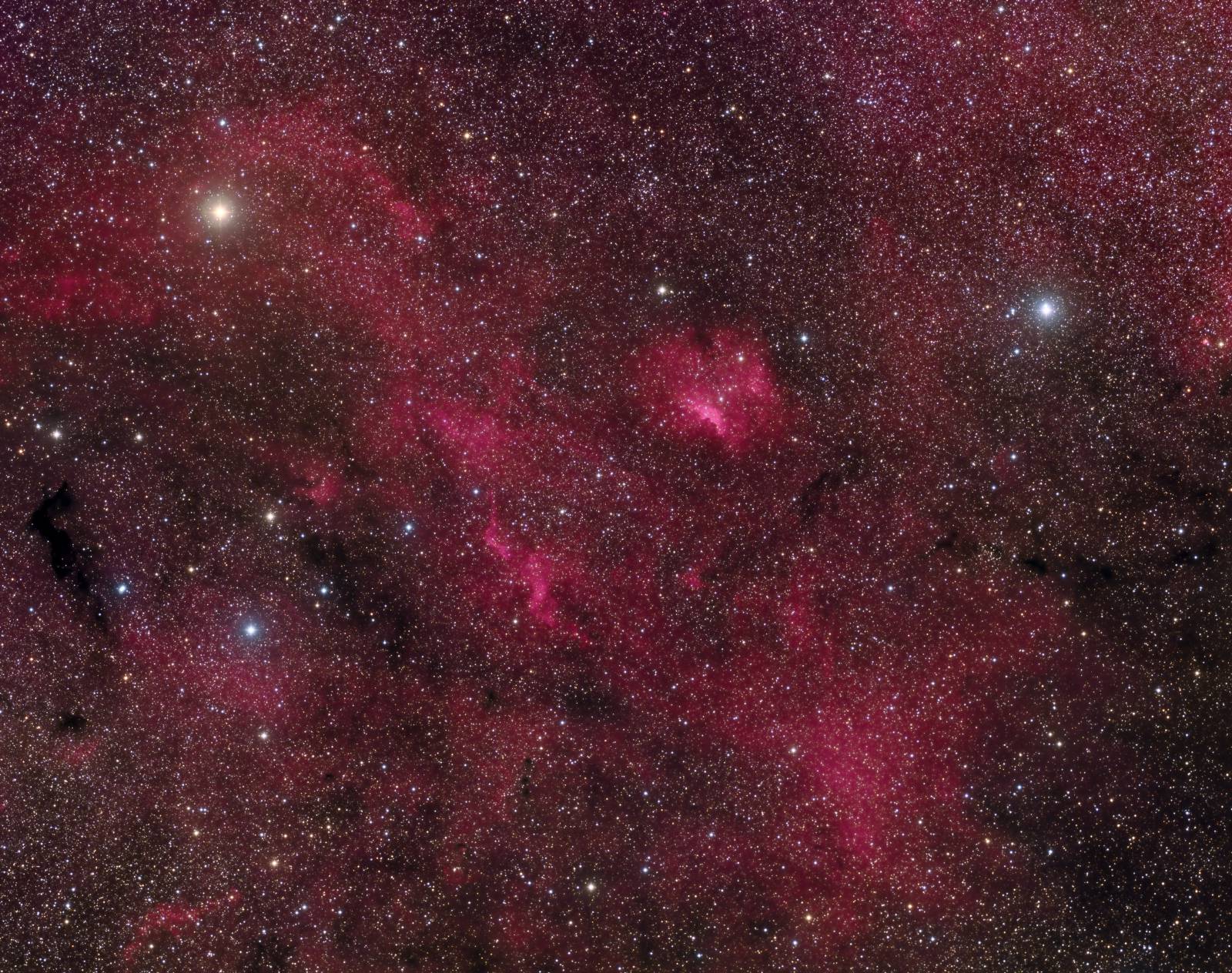 This wide field Lies in Cepheus, approximately midway between the Bubble Nebula and IC1396. I made an annotated version to identify some of the other interesting objects in this image, such as dark nebulae B73 and B74 and open cluster NGC 7261. The estimated distance to Sh2-135, which lies near the centre of this image, is 6,200 light years.  There is a striking similarity between the structure to the lower left of centre and the Propeller Nebula, which lies not far away.

Local Contrast Adjustment: Bright areas of the nebula were processed with two passes of LocalHistrogramEqualization with max contrast of 1.5 (scale 50, strength 0.45 and scale 150, strength 0.18) using a mask to protect background and stars.

Combining SynthL with NB-RGB:
The StarReduction script was used to reduce the size of stars in the NB-RGB image to match the SynthL. The processed SynthL was applied to the NB-RGB image using LRGBCombine with Chrominance noise reduction on and all settings at default.

Additional Processing:
Final Steps: MultiscaleLinearTransform was used to sharpen the structures in the bright parts of the nebulae (layers 2-4 at 0.1), using a mask to protect background and stars. The DarkStructureEnhance script (strength 0.1) was used to increase contrast between dark nebula and brighter regions. Background, nebula and star brightness, contrast and saturation were adjusted in several iterations using Curves with masks as required. A range mask was used to protect background and stars while adjusting the hue of the nebula to reduce a slight orange cast.  The image was reduced in size by a factor of 2 with IntegerResample to restore resolution to its original value.