Skip to content
Previous Next
Dark Nebulae in IC1396 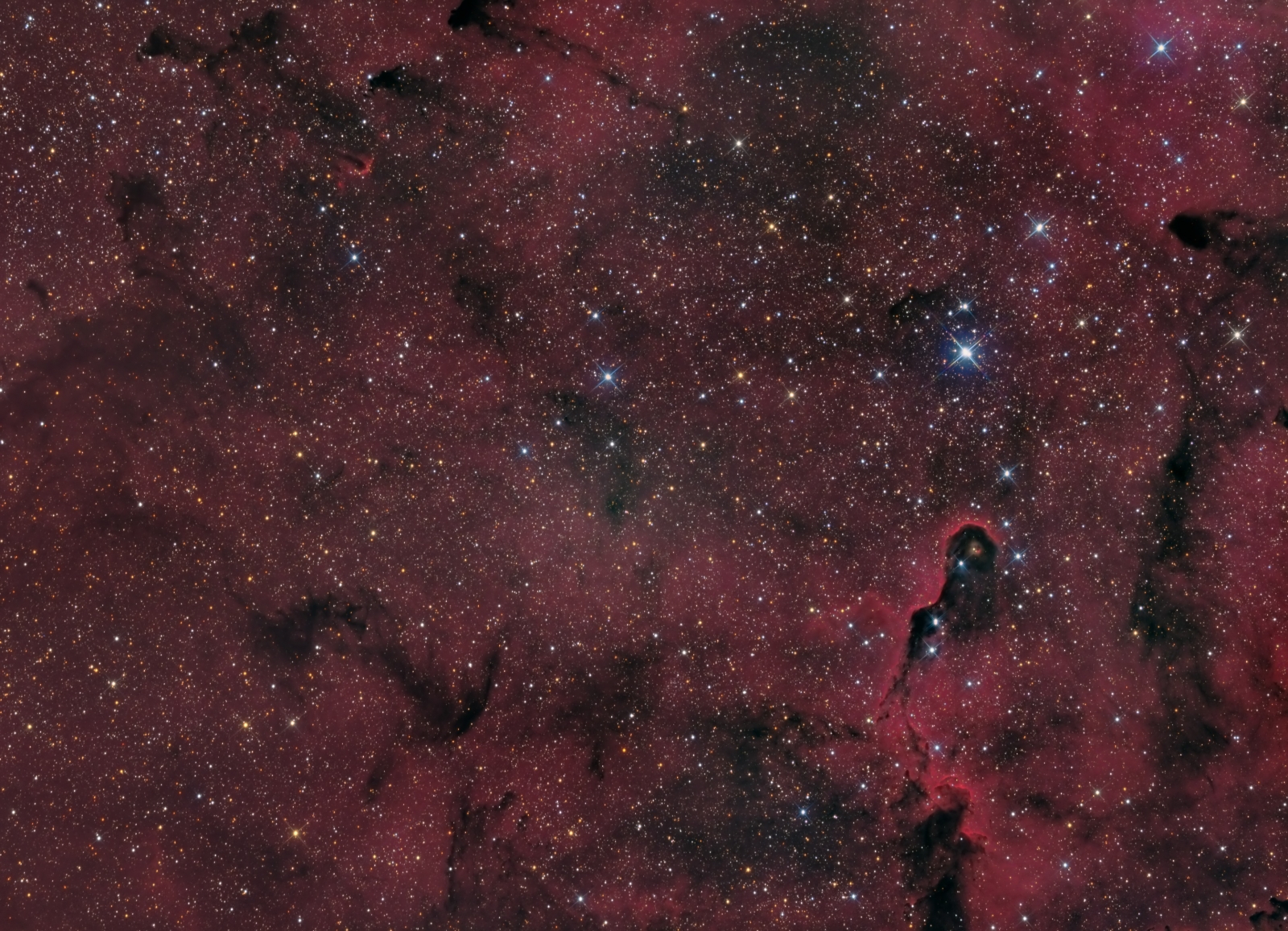 IC1396 is a huge, faint emission nebula in Cepheus.  Because it is very big and not very far away (just 2000 light years or so), it doesn’t even come close to fitting on my camera’s sensor, but it has some really interesting features that make even partial shots of IC1396 pretty.  This image shows one of IC1396’s showpieces, the Elephant’s Trunk Nebula, at lower right.  I’ve often shot that object on it’s own, or as the centrepiece in an image.  This time, though, I let the dark nebulae nearby take centre stage.  These patches of soot and dust snake through the glowing gas of IC1396, leaving obvious spots where there are few or no stars visible. There are dark nebulae throughout the Milky Way, but they really stand out nicely when contrasted against the bright and starry background of an emission nebula like IC1396.