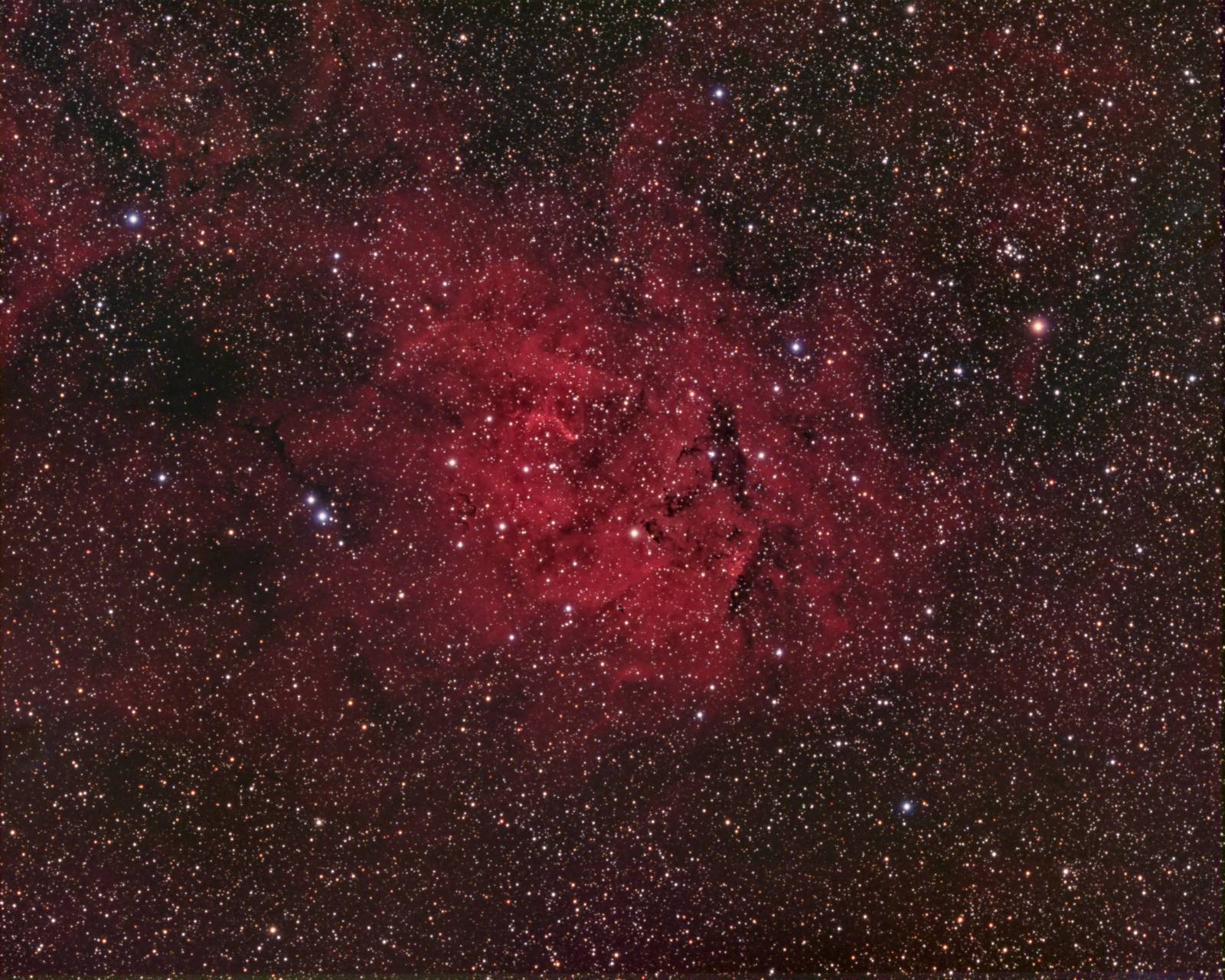 Sh2-132 is one of the 312 bright emission nebulae catalogued by Stewart Sharpless.  This large area of emission nebula in the constellation Cepheus glows from the characteristic red light of ionized hydrogen.  Sh2-132 is about 1,200 light years away. Dark patches within it are due to soot blocking out the light.  There are also some prominent dark nebulae blocking out the light of the stars behind them outside the main area of Sh2-132.  I imaged this once before, in 2011. However, my setup at that time could only capture the core, and the processing leaves much to be desired, since it was very early on in my astrophotography adventures.

Sky-Watcher Esprit 150 f/7 refractor, QHY 16200-A camera, Optolong Ha, O3, L, R, G and B filters, Paramount MX. Acquisition with TheSkyX unguided. Focused with TheSkyX @Focus3. Automation with CCDCommander. All pre-processing and processing in PixInsight. Acquired from my SkyShed in Guelph. No Moon, average to excellent transparency and fair to above average seeing. Data acquired August 14-16, 2018.

Ha Processing
Deconvolution of Ha:  A star mask was used as a Local Deringing Support Image.  A copy of the Ha image was stretched to use as a deconvolution mask. Deconvolution was applied (80 iterations, regularized Richardson-Lucy, external PSF made using DynamicPSF tool with about 20 stars).

Stretching:  HistogramTransformation was applied to the Ha master with background brightness approximately matching the luminance of the RGB image.

Sharpening: Using a mask to protect stars, background and dim nebulosity, MultiscaleLinearTransform was used to sharpen Layers 2 and 3 (strengths of 0.1 and 0.2 respectively.