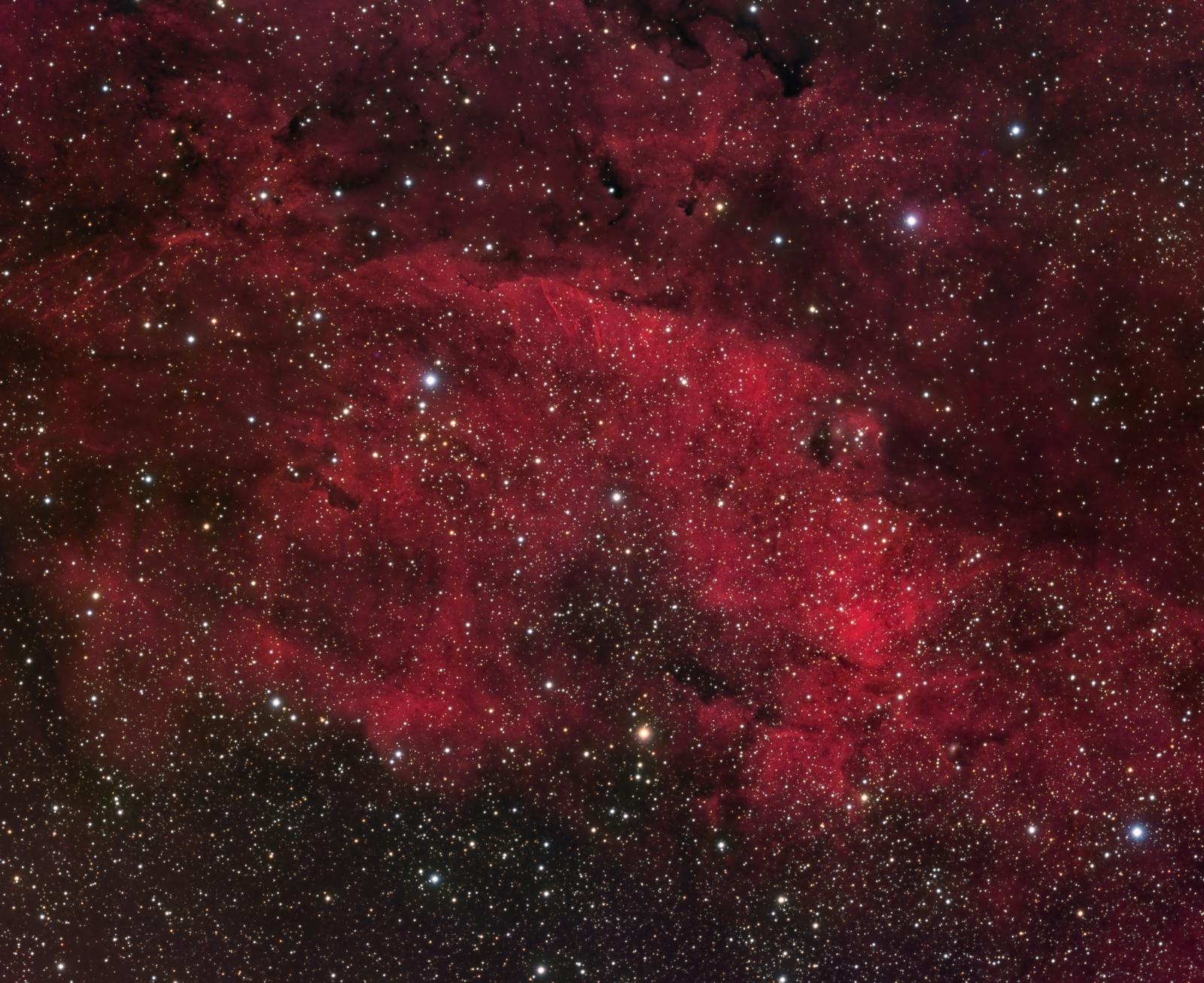 This image shows a part of the large cloud of nebulosity that surrounds Sadr (gamma-Cygni), about 1,800 light years away. I’ve been unable to find a specific catalogue entry for this object. It contains a few catalogued dark nebulae and vdB 130 (right of centre), but for now, I’m just calling this image “Southwest of Sadr.”  It is not far from IC 1318, and is visible at lower right in this image.

Sky-Watcher Esprit 150 f/7 refractor, QHY 16200-A camera, Optolong Ha, L, R, G and B filters, Paramount MX. Acquisition with TheSkyX unguided. Focused with FocusMax 4. Automation with CCDCommander. All pre-processing and processing in PixInsight. Acquired from my SkyShed in Guelph. No Moon for L, moderate moonlight for Ha, minimal moonlight for RGB, average to excellent transparency and fair to average seeing. Data acquired October 13-24, 2018.

Data Reduction and Cleanup
The BatchPreProcessing script was used to perform calibration, cosmetic correction and registration of all frames. LocalNormalization was applied to each filter set’s subs. ImageIntegration was used to make the Ha, R, G and B masters. DynamicCrop was used to crop all the masters identically. AutomaticBackgroundExtraction was applied to each master using default settings except box spacing of 25 and Function Degree of 2.

RGB:
Creation and cleanup:  The R, G and B were combined to make an RGB image which was processed with PhotometricColorCalibration.

H-alpha:
Deconvolution:  A star mask was made to use as a Local Deringing Support image. A copy of the image was stretched to use as a range mask. Deconvolution was applied (80 iterations, regularized Richardson-Lucy, external PSF made using DynamicPSF tool with about 20 stars).

Stretching:  HistogramTransformation was applied to the Ha to make a pleasing, bright image.