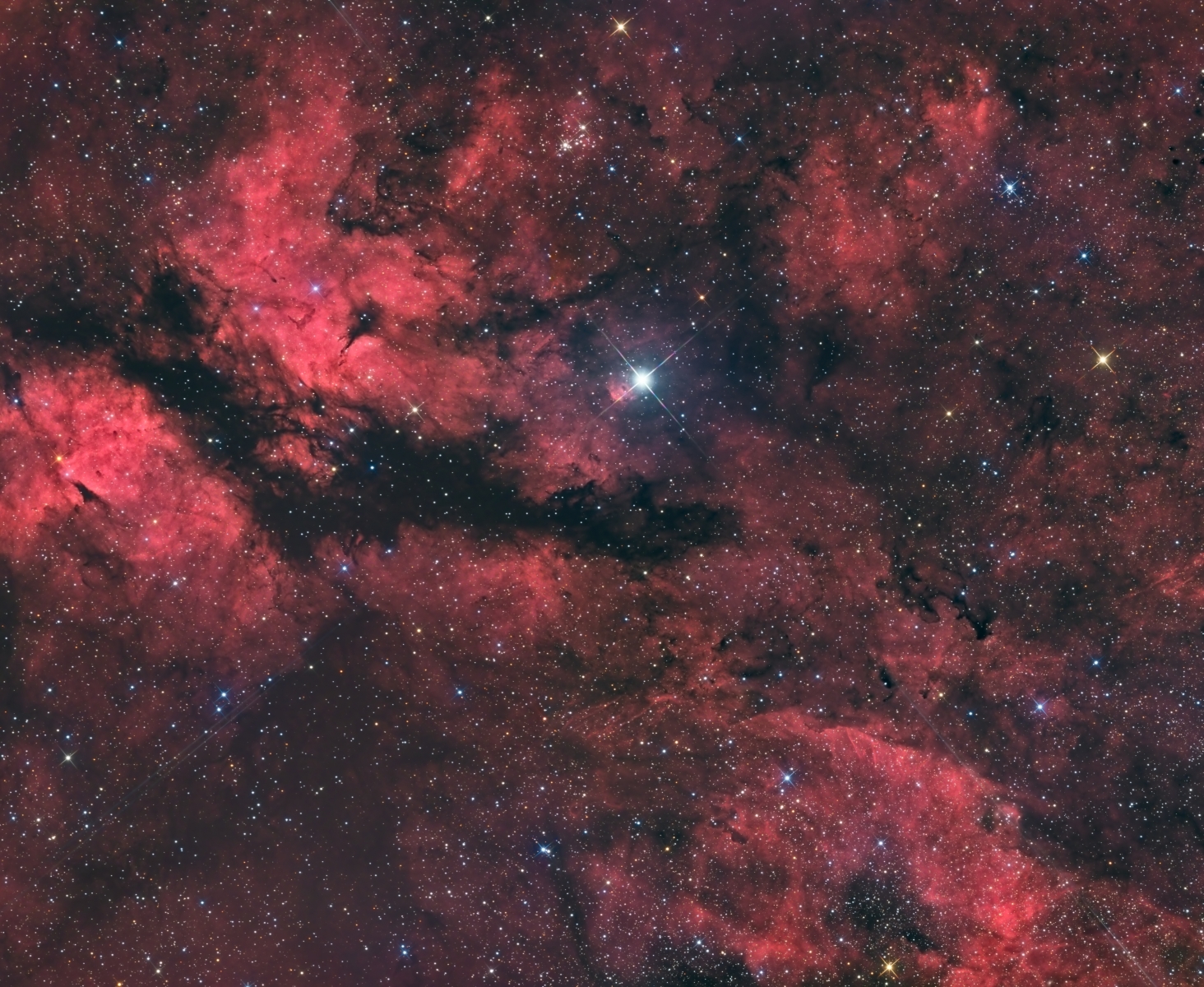 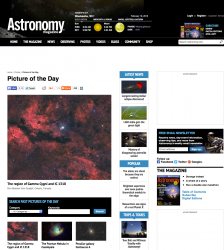 IC1318 is the nebula around the bright star gamma Cygni, which is the star where the body and wings of Cygnus, the swan, cross in the sky.  Cygnus is up very high in the sky in the summer and fall. Despite its appearance in this image, this nebula is actually faint and tenuous visually — the brightest parts are visible in a dark sky with a big telescope, but they look just like a faint haze in the eyepiece.  The brightness of gamma-Cygni makes it challenging to see faint objects unless you keep the bright star out of the eyepiece field of view.  This image shows a whopping 2.9 x 2.4 degrees, or about 28 times the area of the full moon.  This huge image area was achieved by making a mosaic of two “panes.” 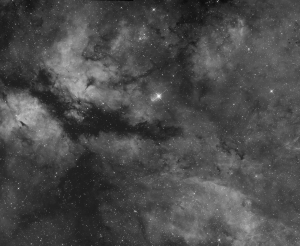 Mosaic Creation
Each pane’s data was used to make an RGB or Ha imagein Maxim DL (top and bottom RGB and Ha frames).  These were cropped, processed in PixInsight with DynamicBackgroundExtraction, and StarAlignment was used to make top and bottom panes for RGB and Ha to use in GradientMergeMosaic, which was used to create an RGB and a Ha mosaic.  ChannelExtraction was used to extract the R,G and B channels from the RGB image for use in making a synthetic luminance channel.

HaRGB
Creation and cleanup:  The RGB image which processed with ColorCalibration.   The NB-RGBCombine Script was applied with default settings to produce a linear HaRGB image.  PixelMath was used to boost the blue by adding 3% Ha.

Star Shaping: The sizes of the stars were reduced slightly with the MorphologicalTransformation tool to better match the small stars in the SynthL.

Stretching: HistogramTransformation was applied to make a pleasing yet bright image.  TGVDenoise was applied using a mask to protect stars and bright regions and the image was re-stretched to reset the black point.

Final Processing
HDRMT was applied at 6 and 4 pixel scales using a mask to protect stars.  LHE was applied at scales of 50 and 150 using the same star mask (strength 0.5 for both).  A range mask for the brightest highlights minus stars was made by subtracting a star mask from a range mask.  The highlights were sharpened slightly with unsharp mask.  Overall contrast, brightness and saturation 9were increased slightly with the Curves tool.