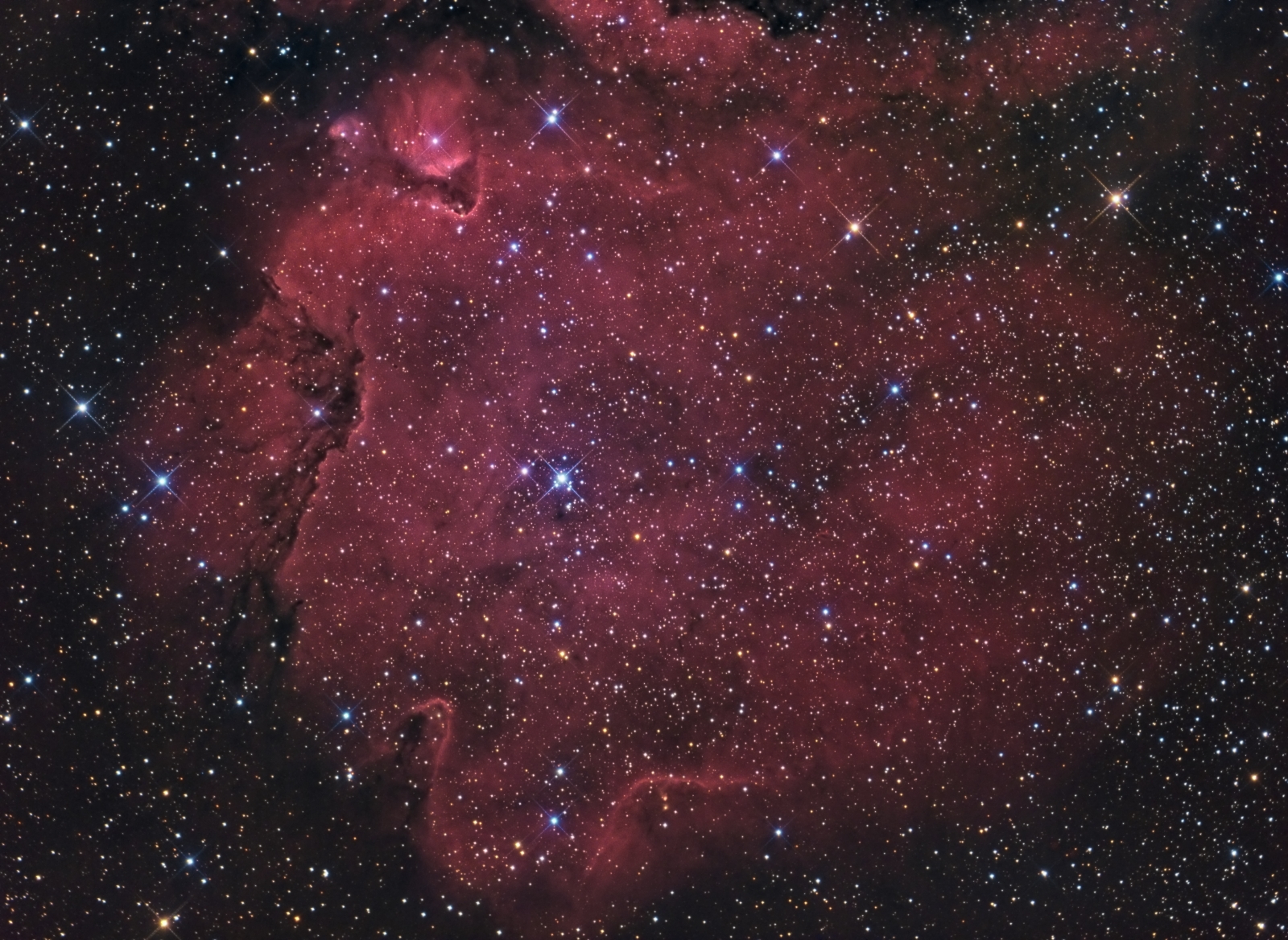 This is my first image post of 2016, so Happy New Year!  The Soul Nebula is a large, faint nebula.  I have imaged the whole thing previously, so in this image I focused on the eastern portion, or “head” of the region.  The whole Soul Nebula is catalogued as Westerhout 5, or W5, and the region shown in this image is W5-E.  It contains some young stars (the bright HD18326 near the centre), and two large open clusters Cr34 (centred on HD18326) and Cr33 overlapping it. I can’t say I can really see either of these two clusters, but the stars are colourful and plentiful!  This object lies about 7,500 light years from us, in the direction of Cassiopeia. 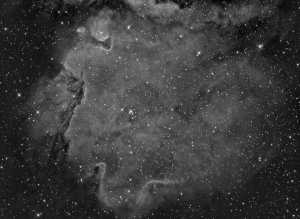 This image took a while to obtain!  I started acquiring the H-alpha data in mid-November, 2015, but got clouded out for about 6 weeks straight, so didn’t finish shooting until January 5, 2016.

HaRGB
Creation and cleanup:  R, G and B masters were combined.  The RGB ad Ha frames were cropped and processed  with DBE.  The RGB image was processed with BackgroundNeutralization and ColorCalibration.   The NB-RGBCombine Script was applied with default settings to produce a linear HaRGB image.  PixelMath was used to boost the blue by adding 10% Ha suing a mask made from the blue channel.

Stretching: HistogramTransformation was applied using STF Autostretch settings.  TGV Noise was applied and the image was re-stretched to reset the black point.

HDR Multiscale Transformation:  HDRMT was applied at a 6 pixel scales using a mask to protect stars.  LHE was applied at scales of 50 and 150 using the same star mask (strength 0.5 for both).

Final Processing
SynthLHaRGB:  A range mask for the brightest highlights minus stars was made by subtracting a star mask from a range mask.  The highlights were sharpened slightly with UnsharpMask.  Overall contrast and brightness were increased slightly with the Curves tool.