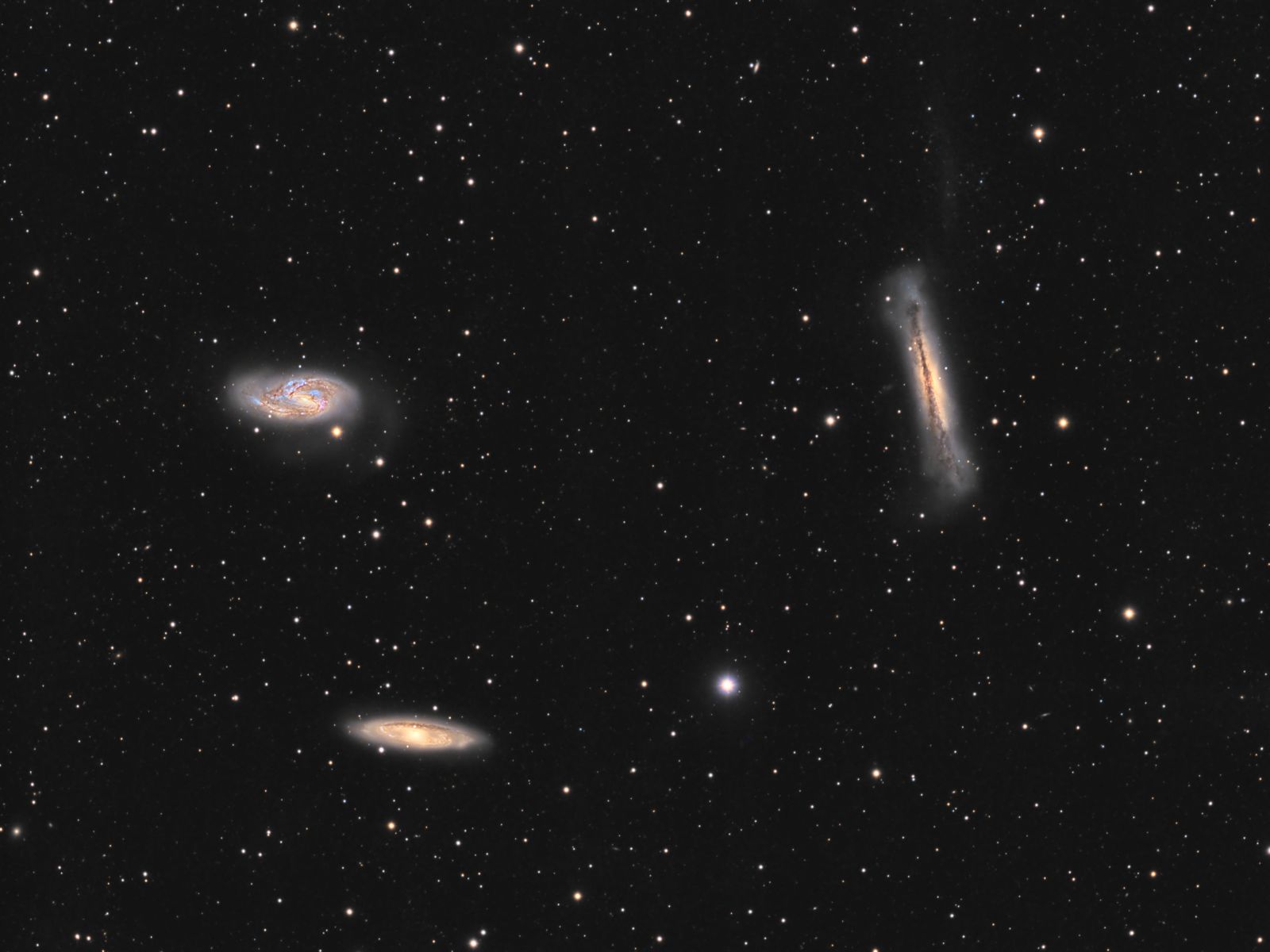 May 14, 2019, published in May 2019 issue of Chinese National Astronomy Magazine

M65 (lower left), M66 (upper left) and NGC3628 are three galaxies in the constellation Leo. This grouping is known as the Leo Trio or Leo Triplet. This group of galaxies is around 30 million light years away. The annotated version shows many more galaxies in the distant background, but there are still more that are not marked. M65 shows much less star formation than M66, which shows blue knots of stars and pink nebulae. It is deformed from interacting with NGC 3628, which sports a faint 300.000 light year-long tidal tail at upper right.

Sky-Watcher Esprit 150 f/7 refractor, QHY 16200-A camera, Optolong Ha, L, R, G and B filters, Paramount MX. Acquisition, guiding and focusing with TheSkyX. Automation with CCDCommander. All pre-processing and processing in PixInsight. Acquired from my SkyShed in Guelph. No Moon, average to above average transparency and average seeing. Data acquired March 25 – May 8, 2019.

Deconvolution:  A star mask was made to use as a Local Deringing Support image. A copy of the SuperL image was stretched to use as a range mask. Deconvolution was applied (80 iterations, regularized Richardson-Lucy, external PSF made using DynamicPSF with about 30 stars).

Sharpening: MultiscaleLinearTransform was used to sharpen Layers 2 and 3 with strengths of 0.15 for both. A mask was used to limit sharpening to high-signal areas and to protect the stars and background.