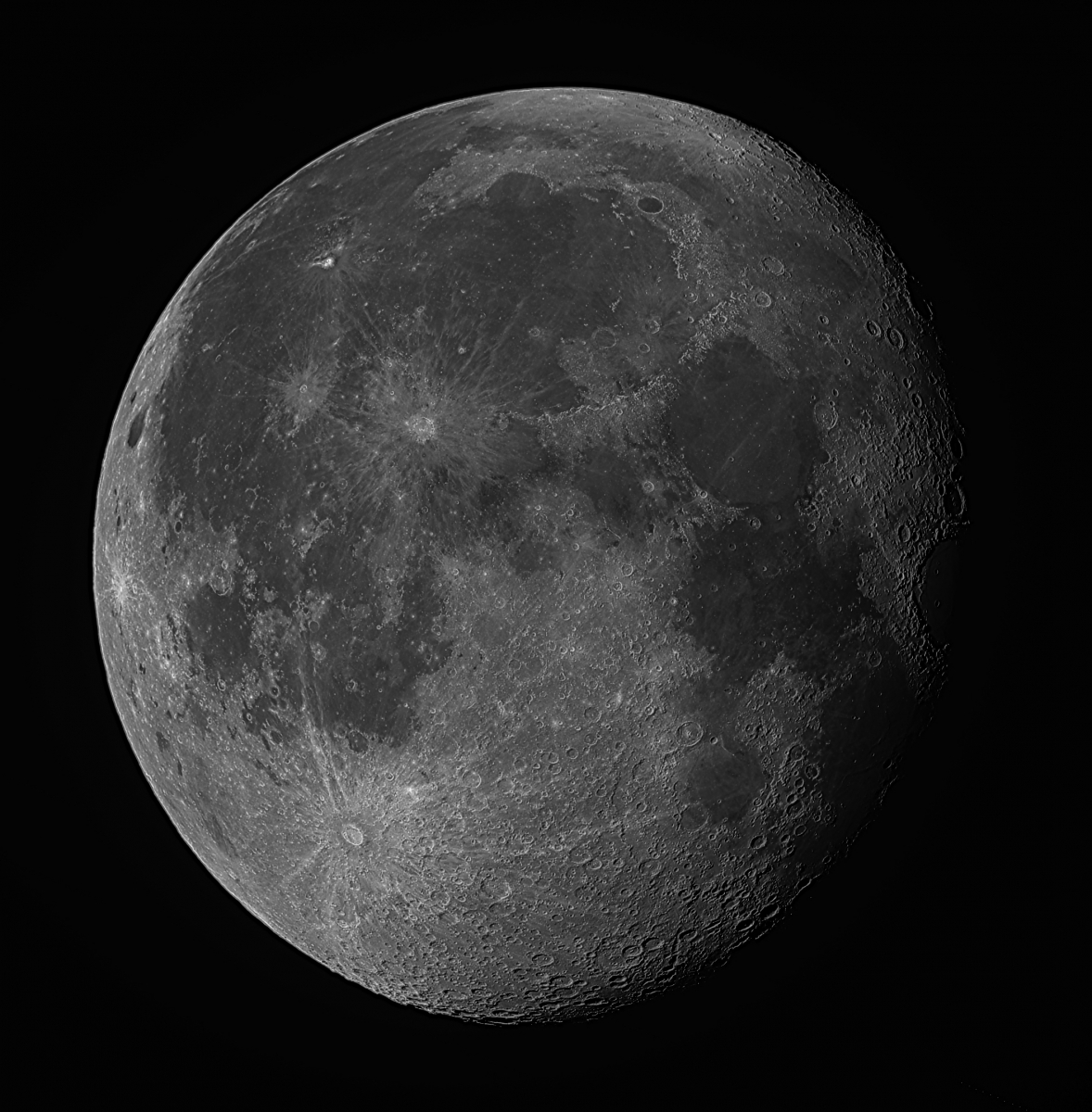 On the night of September 1, 2015 I set out to image a deep sky object through a blue filter before the Moon rose, and the plan was to continue with some H-alpha for the rest of the night.  It had been a hot, humid day, and although the evening sky was very steady, the transparency was poor, with only a few stars visible.  The rising moon was orange-red, and once it got higher, I realized that between moonlight and haze I wasn’t going to get any deep sky imaging done.  So I shifted my attention back to the Moon and acquired this image with the H-alpha filter.  This is a waning gibbous moon (waning= past full and getting smaller; gibbous=between half and fully illuminated).  The waxing gibbous moon looks very different because of the different illumination angle (the angle at which the Sun falls on the Moon).  Compare the features between the two images and you will see some interesting differences between the two gibbous moons.  I am particularly struck by the shadows and brightest peaks and crater rims that often look three dimensional in one and flat in the other. 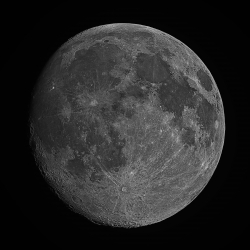 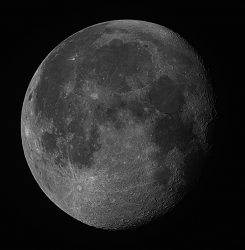 SBIG STL-11000M camera, Baader Ha filter, 10″ f/6.8 ASA astrograph, Paramount MX.  No guiding.  Acquisition with TheSkyX.  Focusing with FocusMax.  No calibration.  Registration and combination with Registax 6.1.  All processing in PixInsight.  Shot from my SkyShed in Guelph, Ontario. Above average seeing and below average transparency.

Registax was used to register and combine the 40 frames.  The image was saved as a 16-bit FIT file and then opened in PixInsight.  The black point and white point were moved with no clipping.  The image was then opened in Registax and Wavelet processing was applied.  Going back into PixInsight, a curve was applied to brighten the image and increase contrast, and UnsharpMask was applied to the mid tones.  Image scale for this camera/telescope combination is about 1.1 arc sec per pixel.