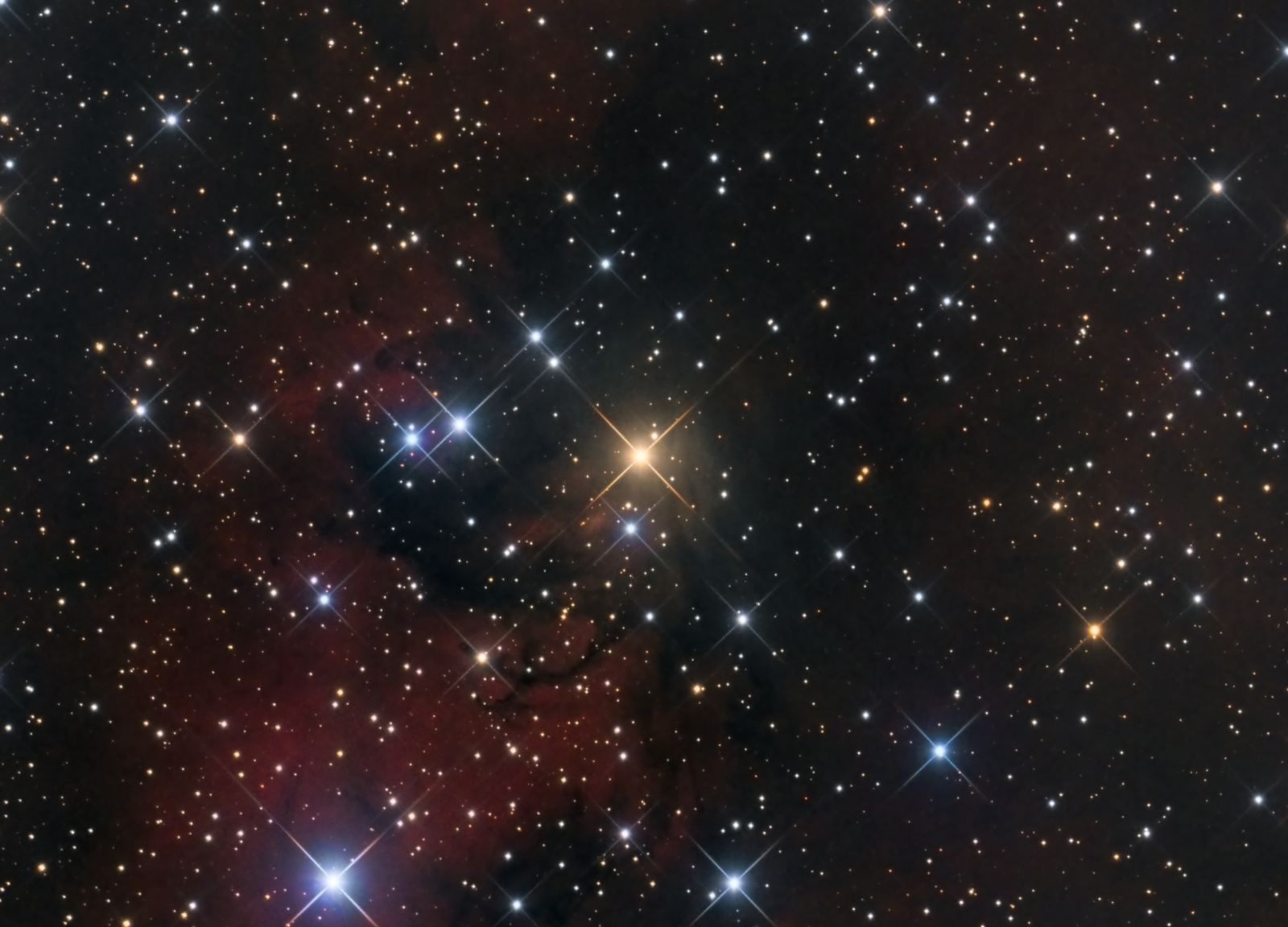 This image shows an unusual yellow reflection nebula, the first I have imaged.  Light from the red giant star in the centre is being reflected in our direction by particles of soot and gas behind the star, giving the diffuse yellow glow of vdB 136.  The area is surrounded by faint H-alpha emissions and interesting dark lanes too.  This patch of sky lies about 2 degrees from the Cygnus the Swan’s brightest star, Deneb.  vdB 136 is a around 2510 light years away, a little further than the various other objects that I have recently imaged in and around Cygnus.  For a sense of scale, vdB 136’s approximate diameter is 1/15th the width of the full moon (though it’s nebulous and it is hard to tell where it ends).  Another fine yellow reflection nebula is Rho Ophiuchus, but it is too low for me to image from my observatory.

The vdB catalogue was compiled by Sidney van den Bergh and published in 1966.  It contains 159 reflection nebula north of -33 degrees declination (so mostly accessible to me).  Some vdB objects are part of more famous objects like the Pleiades and the Elephant’s Trunk Nebula in IC1396.

HaRGB
Creation and cleanup:  Ha, R, G and B masters were cropped and processed separately with ABE.  R, G and B were combined to make an RGB image which was processed with DBE and ColourCalibration.   The NB-RGBCombine Script was applied with default settings to produce a linear HaRGB image.

Final Processing
Star shapes were smoothed and sizes reduced by applying MorphologicalTransformation twice through the same star mask.  The first pass used the Midpoint operator, with default settings.  The second pass used the Erosion operator with a strength of 0.17 and 4 iterations.  A light UnsharpMask was applied to the stars.

The DarkStructureEnhance script was applied with a strength of 0.2