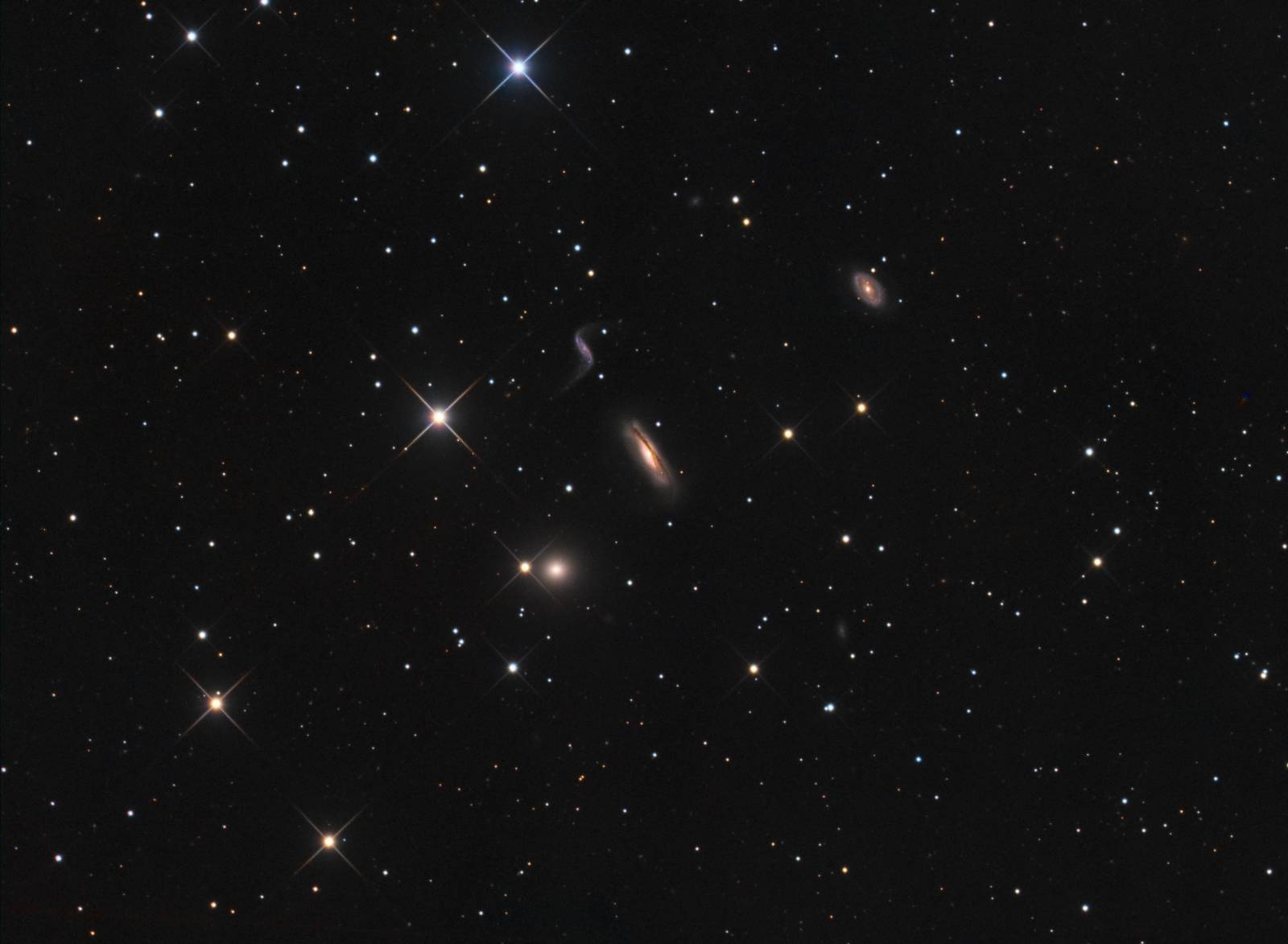 This group of galaxies is known as Hickson 44 (the 44th entry in Hickson’s catalogue of compact galaxy groups).  It lies in the constellation Leo, sitting on the lion’s shoulder.  It is at a distance of about 80-100 million light years.   The largest galaxy, near centre, is NGC3190.  The S-shaped galaxy is NGC3187.   Near upper right is NGC3185, and elliptical galaxy NGC3193 lies towards the bottom of the galaxy group in this image.  These four galaxies are interacting gravitationally with each other, and becoming distorted in the process.  Many other galaxies appear as faint smudges.  To give a sense of scale, NGC3190 is about 75,000 light years across.

This data for this image was originally posted in April 2015, but this version incorporates many new processing techniques that I have learned since then. This version shows more detail, better colour and much better control of noise.

Final Processing of SynthLRGB:
MultiscaleMedianTransform was applied in Median-Wavelet Transform mode to sharpen the brightest parts of the galaxies (bias +0.1 for layers 2 and 3), protecting background and stars with a mask.