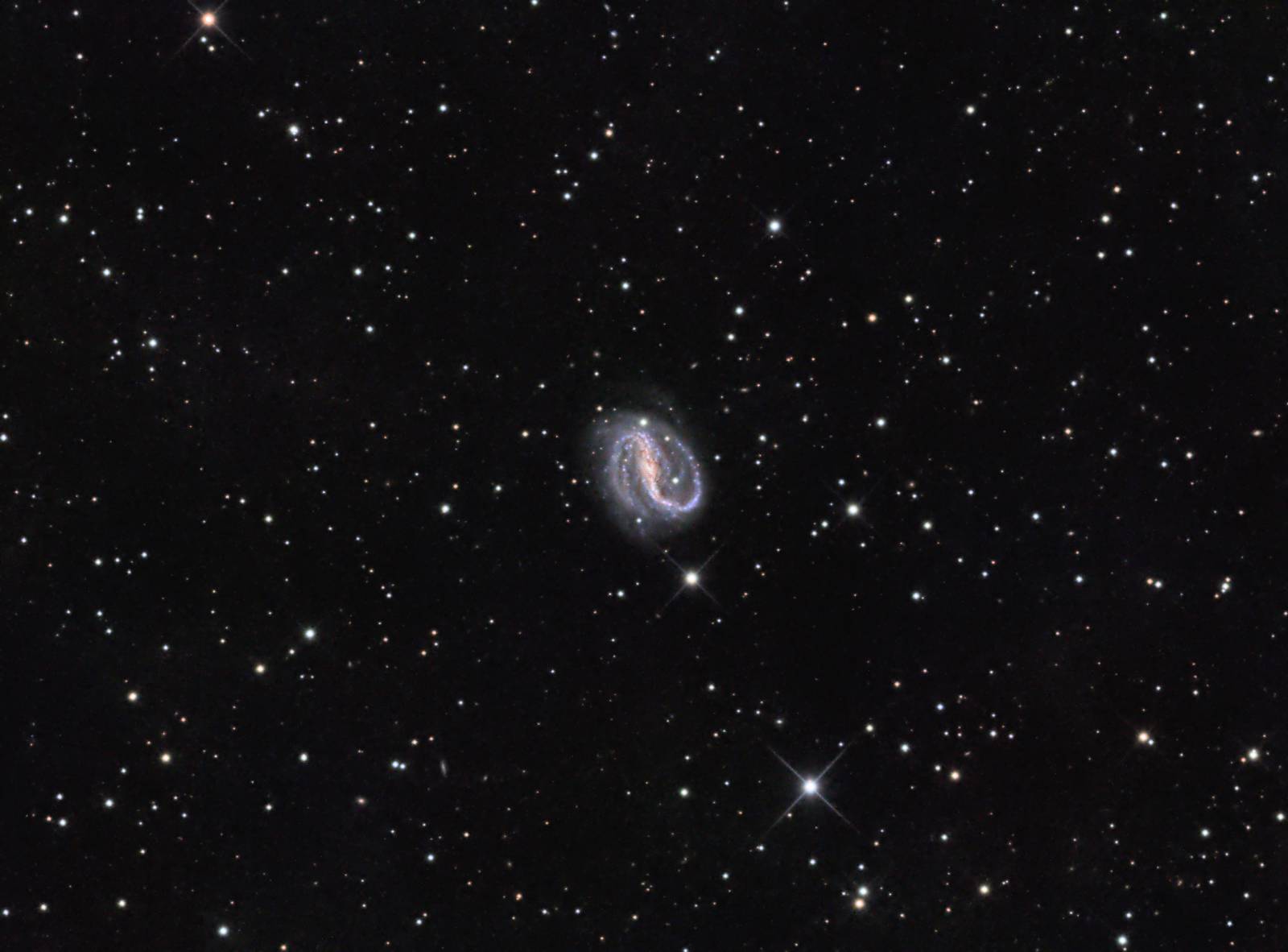 NGC7479 is a pretty little barred-spiral galaxy in Pegasus.  This was a challenge object for my imaging equipment,  because the galaxy was very small for my field of view. This is partly because of its great distance, at 105 million light years.  NGC74749 is undergoing a burst of star-forming activity in the spiral arms and in the core.  Knots of star clusters (blue) and nebulae (pink) are visible.  I could have cropped this image more closely, but chose to leave a wide field to capture the many other galaxies in this section of sky, some even further away.  This data was acquired in December 2013, but I wasn’t happy with the processing at that time. With new techniques and lots of practice, I reprocessed this over the last few days, and feel it is finally ready for prime time. Enjoy!

Final Processing of SynthLRGB:
MultiscaleMedianTransform was applied in Median-Wavelet Transform mode to sharpen the brightest parts of the galaxies (bias +0.1 for layers 2 and 3, and bias +0.06 for layer 4), protecting background and stars with a mask.