Skip to content
Previous Next
NGC2419, The Intergalactic Wanderer 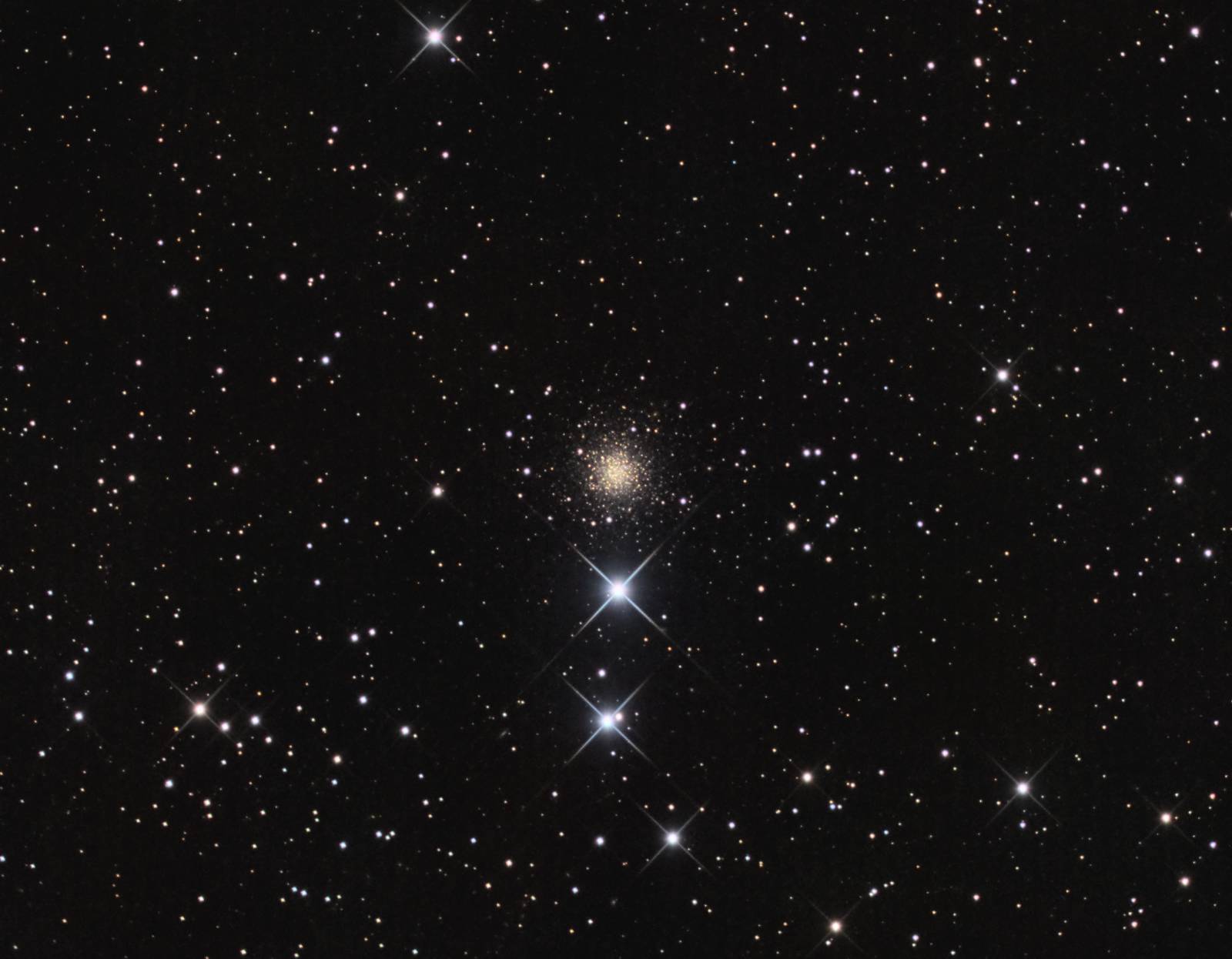 There are many bright globular clusters associated with the Milky Way Galaxy. Some are even visible to the naked eye. NGC2419 — known as “the Intergalactic Wanderer” —  isn’t one of them.

In fact, NGC2419, is very far awayand dim for a globular cluster, lying at a distance of more than 300,000 light years. That’s further than several nearby galaxies, like the Large Magellanic Cloud, Small Magellanic Cloud and the Sagittarius Dwarf galaxy. It was given its nicknamewhen it was thought that it was not in orbit around the Milky way. Although it is far away, it’s one of the most massive of the Milky Way’s globular clusters containing about a million stars. In case you are feeling old today, don’t: NGC2419 is estimated to be more than 12 billion years old, and never got a birthday card!

Much of the data for this image was collected under a full moon.  Have a look at my article about imaging in moonlight to see how I use my imaging time when the moon is bright. The data for this image was acquired in March 2014, and the 2014 version was Astronomy Magazine Picture of the Day on June 11, 2014. The current version shows much more of the extent of the globular cluster, and many more stars. The difference between the images is due to me having learned many new processing techniques between 2014 and 2017.

Deconvolution:  A copy of the image was stretched to use as a deconvolution mask. A star mask was made from unstretched SynthL to use as a local deringing support. Deconvolution was applied (80 iterations, regularized Richardson-Lucy, external PSF made using DynamicPSF tool with 20 stars; local deringing at 8% and global dark deringing at 0.03). To soften the effect a little, the deconvolved image was blended with a copy of the non-deconvolved image using PixelMath

Combining SynthL with RGB:
The luminance channel of the RGB image was applied with LRGBCombine to make a SynthLRGB image. Colour noise reduction was used.

Final Processing of SynthLRGB:
MultiscaleMedianTransform was applied in Median-Wavelet Transform mode to sharpen the brightest parts of the globular cluster (bias +0.05 for layers 1, 2 and 3), protecting background and stars with a mask.