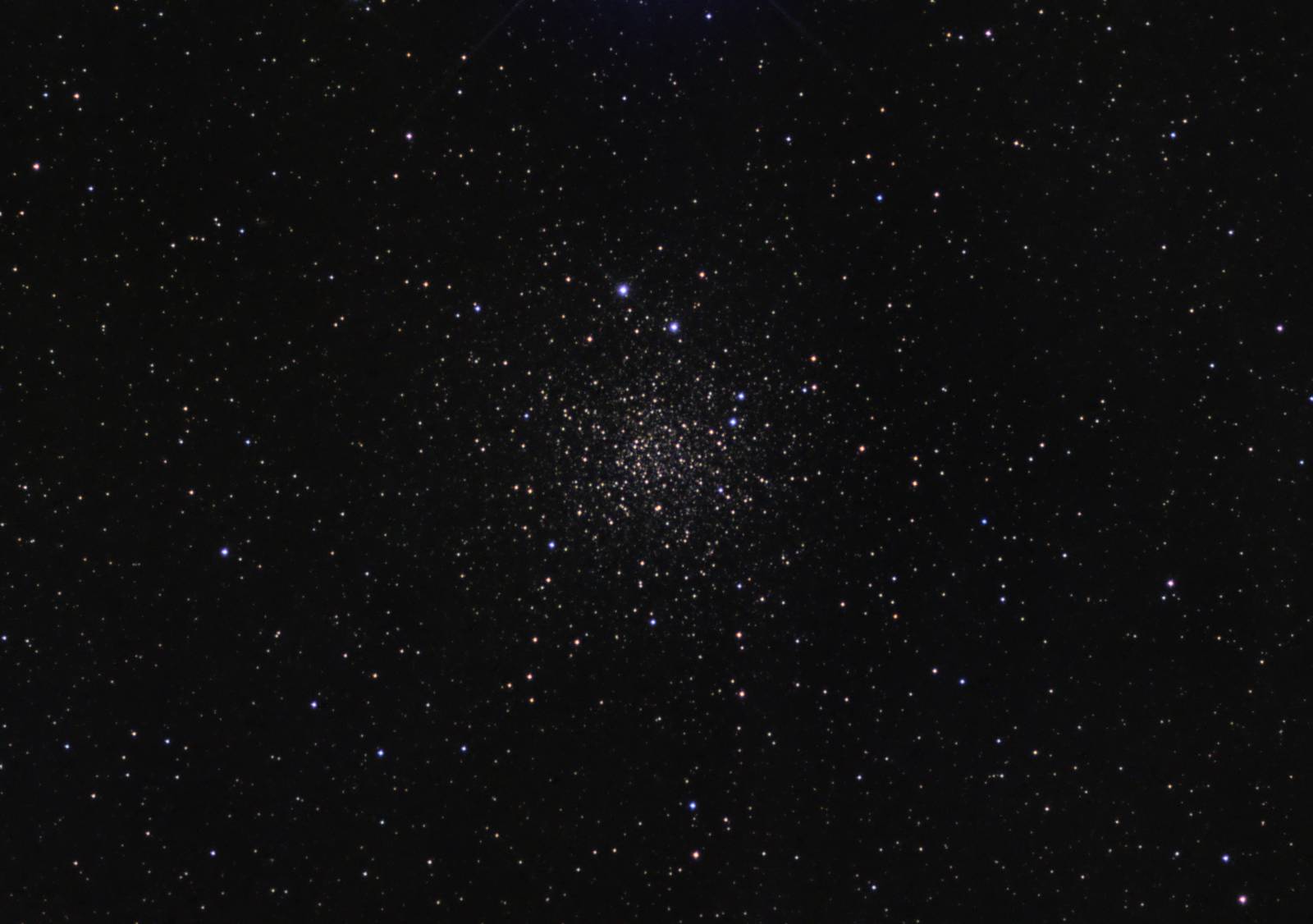 More than 150 globular clusters orbit the Milky Way’s core.  Each is a more-or-less spherical grouping of hundreds of thousands of stars tightly held together by gravity.  Some, like M13 are big, bright, tightly packed and spectacular.  Others… not so much.

NGC6366 is usually overlooked amongst the many globular clusters of Ophiuchus, like M10, M12 and M14..  It is so sparse that it barely looks like a globular cluster at all. It is small and dim, covering only as much sky as 1/4 of the full moon.

In spite of its lacklustre appearance, there are some facts that make it interesting: it is a “metal rich” cluster, meaning its stars have relatively large amounts of elements heavier than hydrogen and helium.  It contains relatively few low mass stars; one theory is that the lower mass stars have been stripped away by the main portion of the Milky Way galaxy through “tidal stripping.”

This object was imaged in the nights right around full moon in June, 2014, possibly in the worst imaging conditions I’ve ever encountered: turbulence, humidity, wind, intermittent cloud, intense moonlight, bad light pollution in my southern sky — this image has got it all. My article on imaging in moonlight describes some of the strategies I use under these conditions.

A previous version was published in the September 2015 Astronomy Magazine. The current version shows many more stars, better colour and a larger extent of the object. It represents recent improvements in my  image processing workflow.

Combining SynthL with RGB:
The luminance channel of the RGB image was applied with LRGBCombine to make a SynthLRGB image. Colour noise reduction was used at default settings

Image scale is about 1.1 arc sec per pixel.