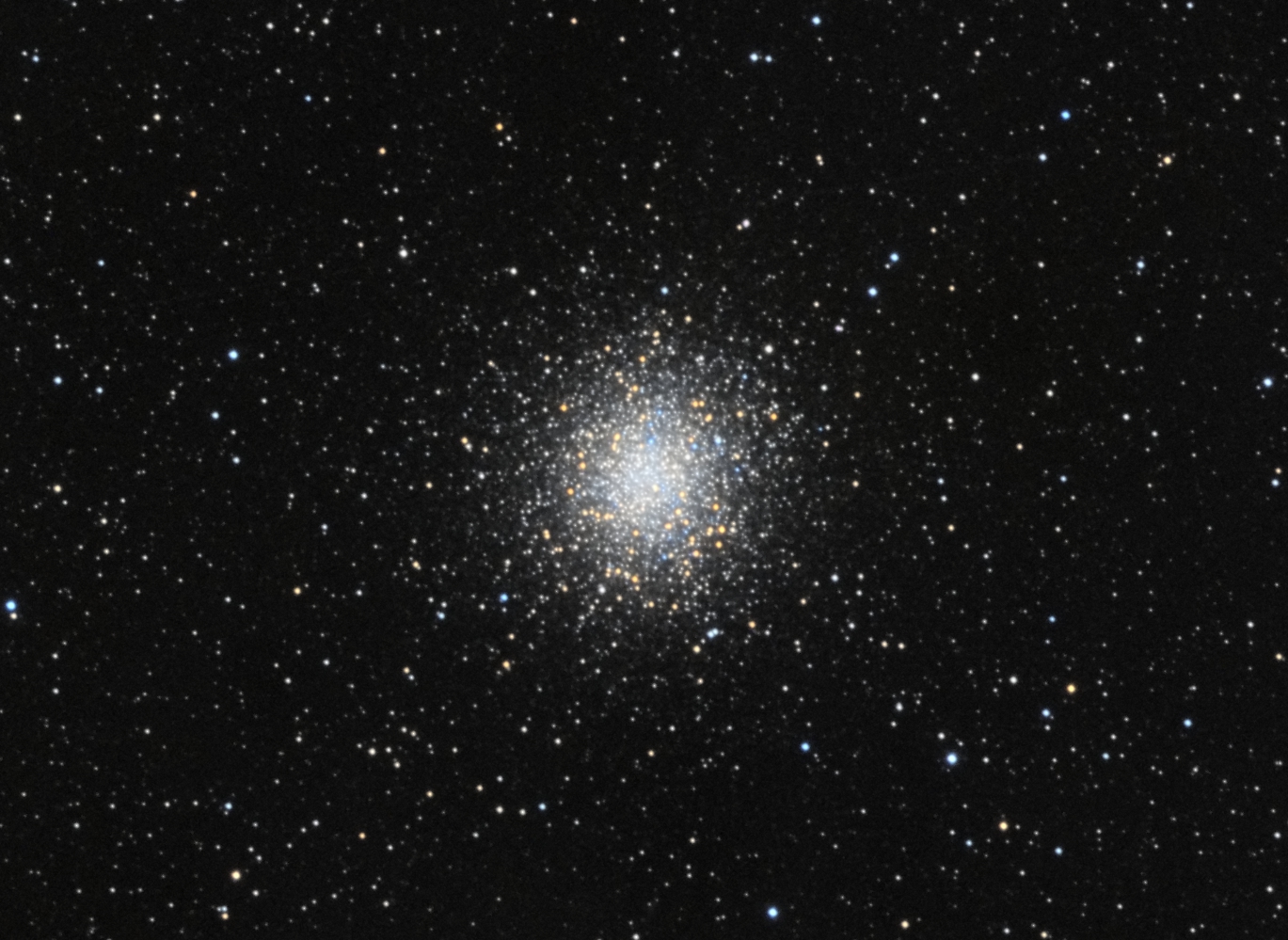 We’ve had a stretch of 3 clear nights, and another one in store. I’ve had my telescope imaging a few different objects, and have also done some visual observing, including at my club’s dark sky site, Tilkder’s Farm. Over the last two nights, I finished M14, which is shown in the attached image.

Messier 14 contains several hundred thousand stars, including cooler reddish stars and more massive, hot, blue stars. It is about 100 light years across and a little more than 30,000 light years away. In the eyepiece it appears to be about 1/3 the size of the full Moon, and slightly elliptical. I always think globular clusters look like diamond dust or sugar on a black table cloth.

It may be of historical interest to astroimagers that this is the first object imaged with a CCD sensor (as opposed to film) according to a reference in http://messier.seds.org/m/m014.html.

In the next few days I hope to finish M104 (the Sombrero Galaxy) and my marathon 41+ hr image of M101. Stay tuned. And to those of you who have visited my website and or posted comments, thank you! Web traffic is increasing nicely and I’ve had more than 2000 people from around the world look at my work.

The R, G, B and L files produced in MaximDL were each background-corrected with DynamicBackgroundExtraction, registered and cropped. R, G and B were combined into an RGB image and colour calibration applied and stretched using HistogramTransformation followed by ColorSaturation. The L image was processed with deconvolution (using a custom PSF made from DynamicPSF command) and stretched with HistogramTransformation. ACDNR noise reduction was applied with a radius of 0.5 px to remove small scale noise. Luminance was extracted from the RGB image, matched to the L image with LinearFit, and then added back into the RGB image using Channel Combine in the Lab space. LRGB Combine was used to add Luminance to the RGB image, and contrast and colour saturation were adjusted using Curves. Image scale is about 1.1 arc sec per pixel.