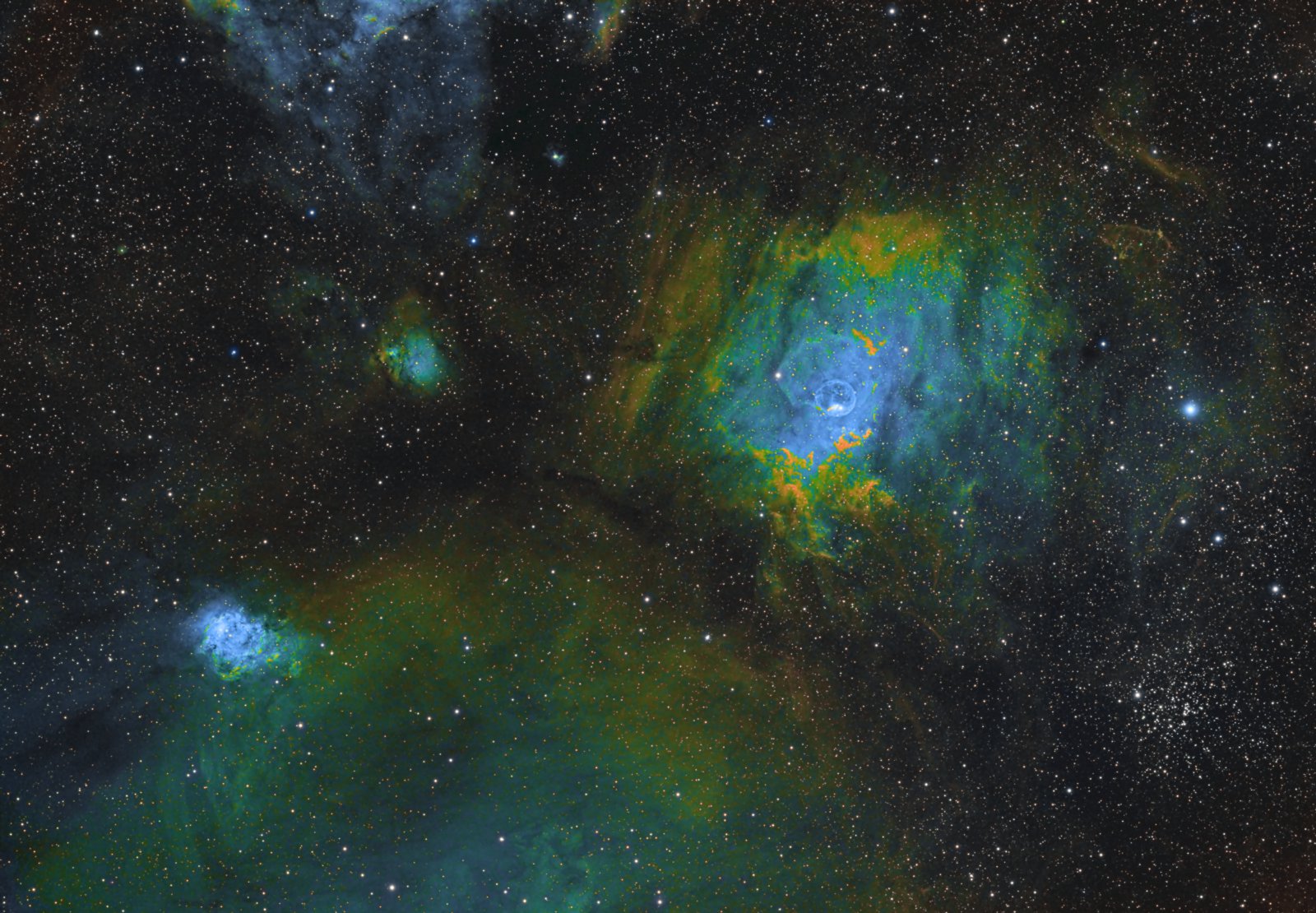 The Bubble Nebula (NGC 7635) region lies in Cassiopeia, well placed for imaging in late summer and autumn from my locale. I have imaged it many times before, but always in a natural colour palette where red dominates due to emissions from hydrogen. The image is composed in tone-mapped (i.e. false) colours made using narrowband sulfur, hydrogen and oxygen filters mapped to red, green and blue, respectively. This palette reveals some of the chemistry of this dynamic region of space and is was made famous by the Hubble Space Telescope. It’s often referred to as the “Hubble Palette.”

The Bubble Nebula is powered by the bright star inside the bubble, which is of a known as a Wolf-Rayet star. WR stars emit a lot of particles and energy, enough that they are blowing the bubble seen in this image.  The central star of the bubble is between 7,000-11,000 light years away. I’ve glimpsed the brightest parts of the bubble visually through my 20″ reflector. Photographically it’s one of my favourite objects to image.

As beautiful as the Bubble Nebula is, it is not the only deep-sky object in this image. The open cluster at lower right is M52. It appears in a small telescope like a beautiful splash of stars. Other notable objects highlighted in the annotated image at left include:

Final Steps: Residual magenta was removed by inverting the image, applying SCNR at defualt settings, and reinverting the image. MorphologicalTransformation was applied (morphological selection=0.11; strength =0.5; 3×3 kernel) through a star mask to slightly reduce the stars. Background, nebula and star brightness, contrast, saturation and hue were adjusted in several iterations using CurvesTransformation RGB/K control with masks as required. The DarkStructureEnhance script was applied with a strength of 0.15. ICCProfileTransformation (sRGB IEC61966-2.1; Relative Colorimetric with black point compensation) was applied prior to saving as a jpg.