Skip to content
Previous Next
The Lobster Claw Nebula 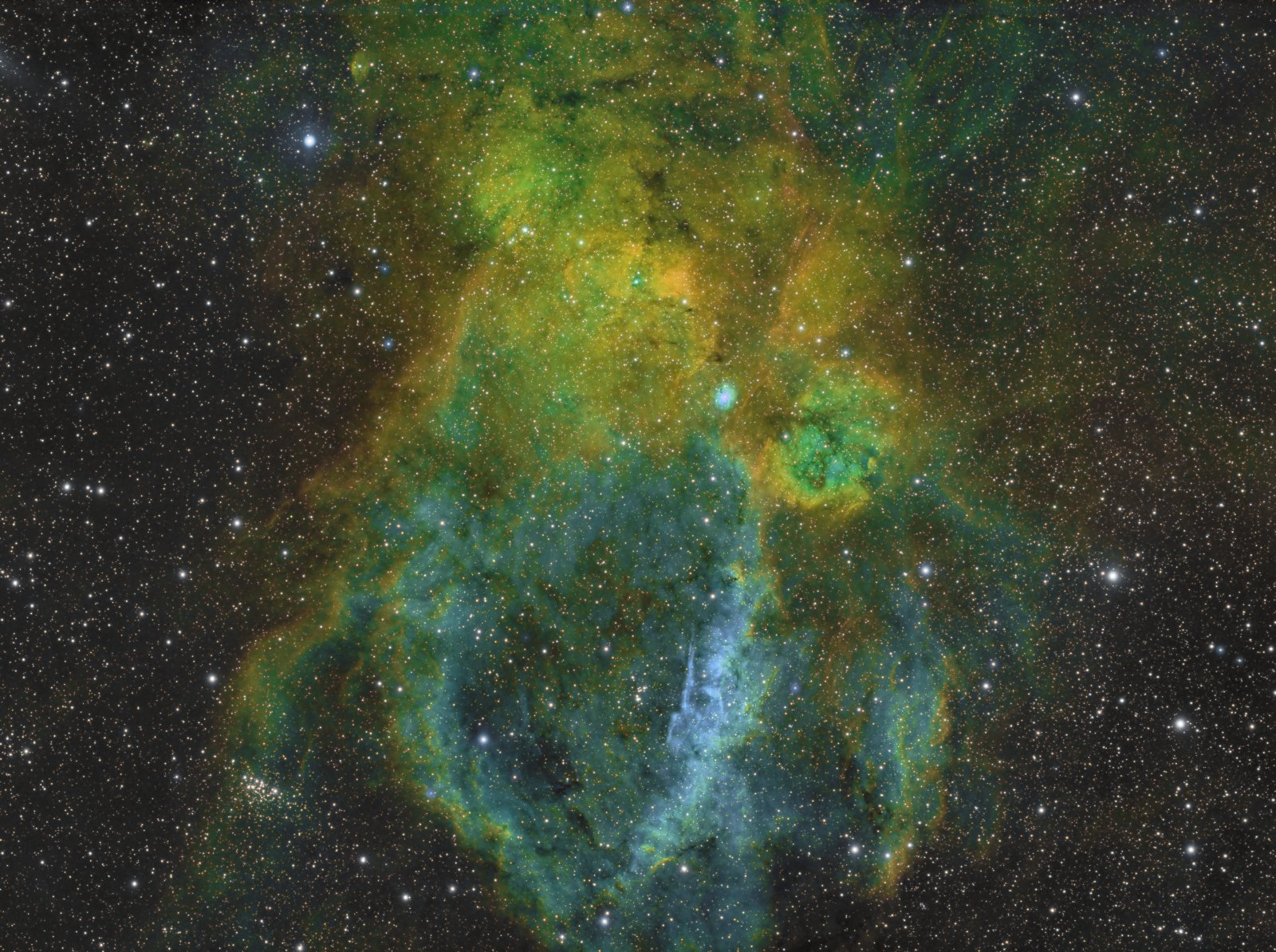 The Lobster Claw Nebula, Sh2-157, lies just northeast of the Bubble Nebula (NGC 7635) in Cassiopeia. This image is composed in tone-mapped (i.e. false) colours made using narrowband sulfur, hydrogen and oxygen filters mapped to red, green and blue, respectively. This palette reveals some of the chemistry of this dynamic region of space and is was made famous by the Hubble Space Telescope. It’s often referred to as the “Hubble Palette.” 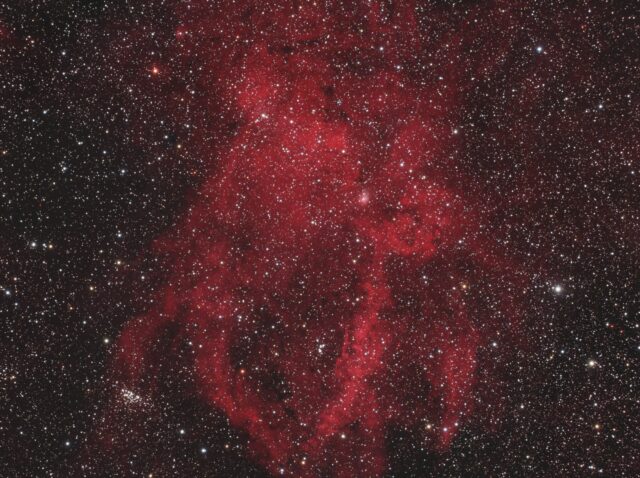 The image at left was made by blending the brightness from the narrowband image with a natural-colour image produced with a different camera and telescope. I am torn. I love the natural red colour, but the Hubble Palette reveals so much more chemistry and structure with its varied hues.

Tekkies:
Acquisition, focusing, and control of Paramount MX mount with N.I.N.A., TheSkyX and PHD2. Focus with Optec DirectSync motor and controller. Equipment control with PrimaLuce Labs Eagle 4 Pro computer. All pre-processing and processing in PixInsight. Acquired from my SkyShed in Guelph. Average transparency and seeing. Acquired October 28-November 8, 2021 under a partly moonlit sky.

Image scale 0.72 arcsec per pixel
Processing workflow is for the Hubble Palette image.
The broadband image was processed similar to IC 5068, with the luminance of the narrowband image used instead of Ha alone.

Final Steps: Residual magenta was removed by inverting the image, applying SCNR at defualt settings, and reinverting the image. MorphologicalTransformation was applied (morphological selection=0.11; strength =0.5; 3×3 kernel) through a star mask to slightly reduce the stars. Background, nebula and star brightness, contrast, saturation and hue were adjusted in several iterations using CurvesTransformation RGB/K control with masks as required. The DarkStructureEnhance script was applied with a strength of 0.2. ICCProfileTransformation (sRGB IEC61966-2.1; Relative Colorimetric with black point compensation) was applied prior to saving as a jpg.