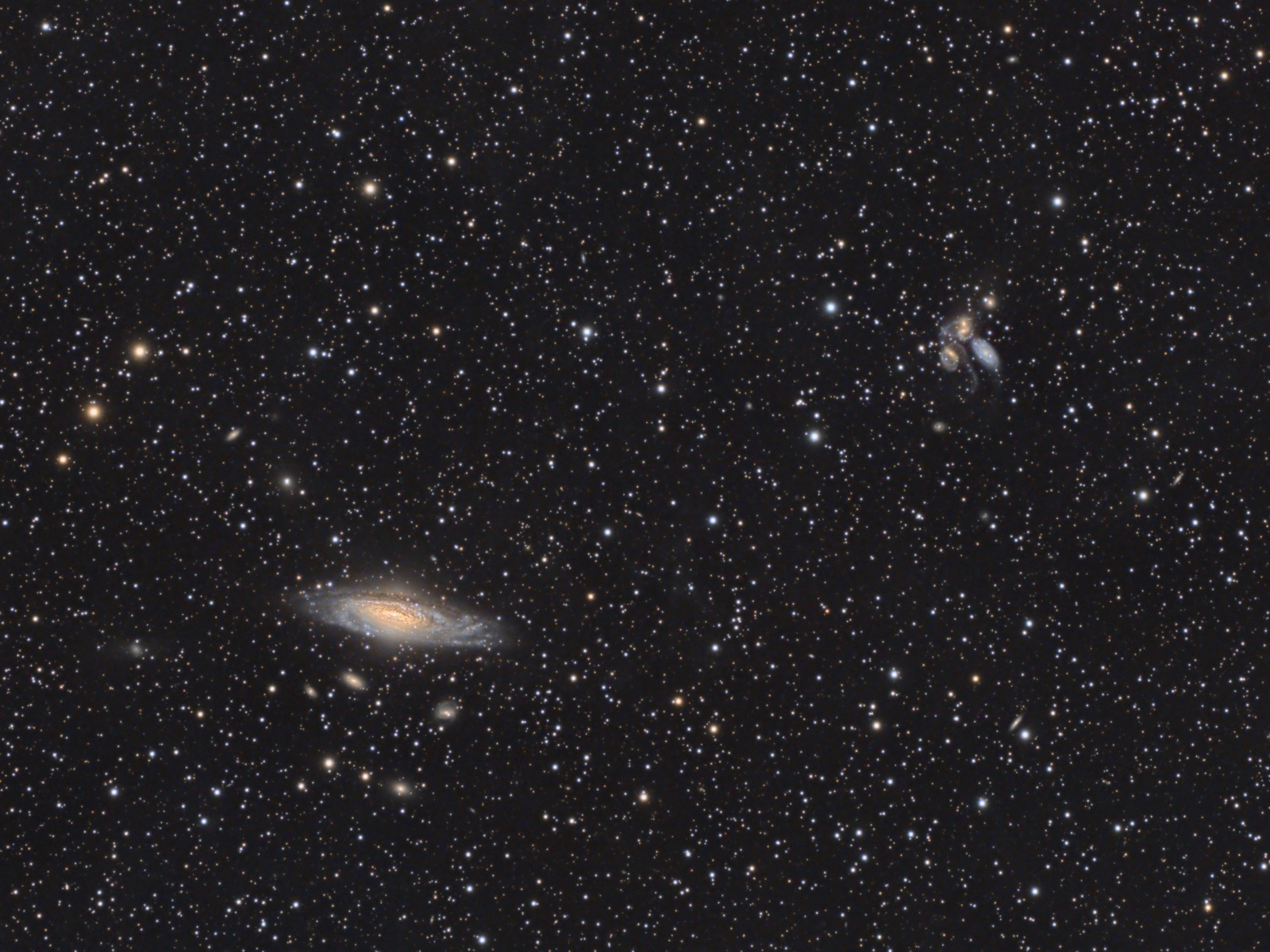 To the upper right of NGC 7331 in this photo is a group of galaxies called Stephan’s Quintet.  Four of the five form an association about 290 million light years away, while the 5th one (the one that looks the bluest in this photo) is much closer, at “only” 40 million light years. A beautiful tidal tail visible that looks like a little curl hanging off the bottom of the quintet. I’ve seen Stephan’s Quintet several times visually through my 20″ telescope, but this image shows much more detail than I can see, and also shows colour.

Data Reduction and Initial Processing
Preprocessing: The WeightedBatchPreProcessing script was used to create a Luminance master frame from the mono camera and an RGB master frame from the one-shot colour camera. DrizzleIntegration (2x CFA Drizzle) was applied to the RGB set. The RGB master was registered to the cropped and rotated Luminance master using StarAlignment.

Nonlinear Noise Reduction: TGVDenoise was used in L*a*b* mode to reduce noise with the image selected as the Local Support image (used like an external mask would be, to target the background areas and protect the stars and galaxy) (max. 1,000 iterations and convergence selected for both lightness and chrominance).

Contrast Enhancement: HDRMultiscaleTransform was applied at a scale of 5 pixels through a mask that selected just the core of NGC 7331. Brightness was boosted slightly with Curves through the same mask.  LocalHistogramEqualization was applied three times using an inverted star mask to protect the stars, with scales of 20, 40 and 150 (max contrast 1.5, strength 0.2, 1 iteration).

Sharpening: MultiscaleMedianTransform was used to sharpen Layers 2 and 3 with strengths of 0.2, 0.08, and 0.04, respectively, through a mask. The mask was made by subtracting the star mask from the deconvolution mask (made previously). This limited sharpening to a few specific regions of the image.