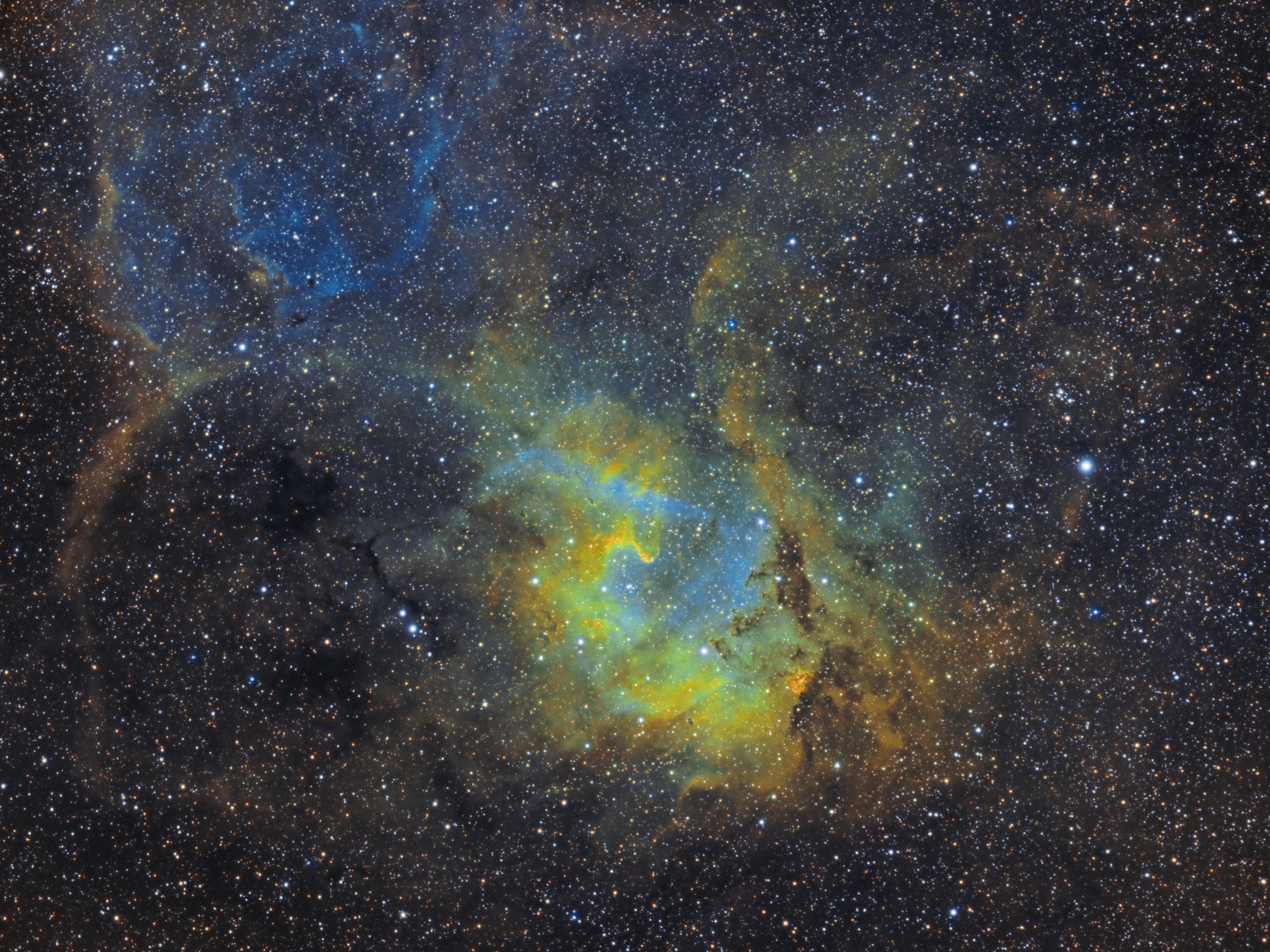 Sh2-132 is one of the 312 bright emission nebulae catalogued by Stewart Sharpless.  This large area of emission nebula in the constellation Cepheus glows from the characteristic red light of ionized hydrogen.  Sh2-132 is about 1,200 light years away. Dark patches within it are due to soot blocking out the light.  There are also some prominent dark nebulae blocking out the light of the stars behind them outside the main area of Sh2-132.  I’ve imaged this a few times before, but not in narrowband. 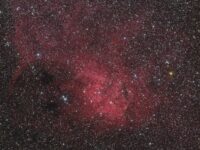 With my dual scope, I was able to simultaneously capture some natural color data to make a HaRGB version, shown at left.  Click it or the image above to see the full resolution version. 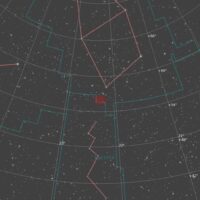 Processing workflow is for the Hubble Palette image.
The broadband image was processed similar to IC 5068.

Additional Processing
Nonlinear Noise Reduction: TGVDenoise was used in L*a*b* mode to reduce noise with a mask used to mainly target the background areas and protect the stars (250 iterations for L and 350 iterations for chrominance).