Skip to content
Previous Next
IC 417 in Hubble Palette 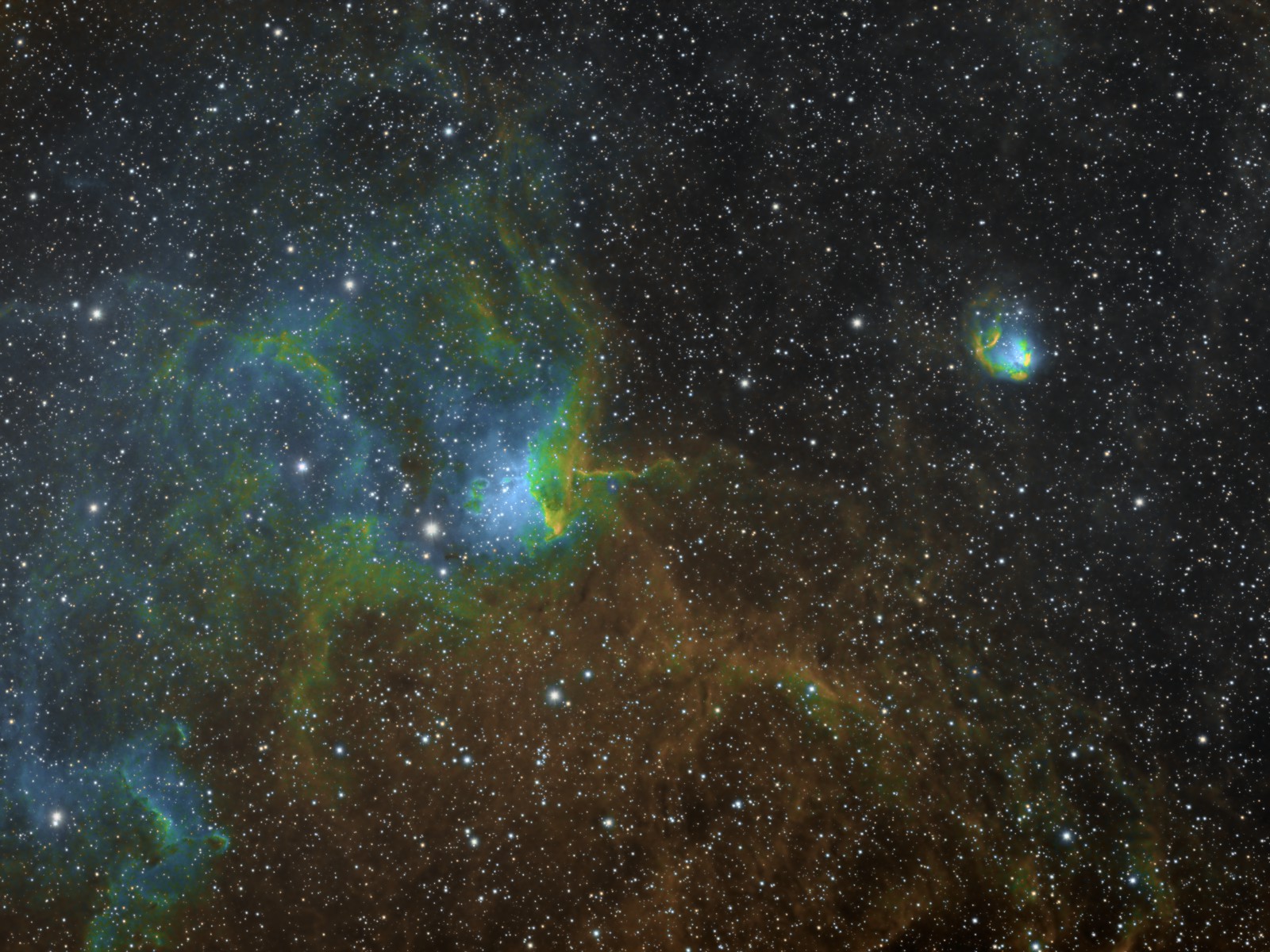 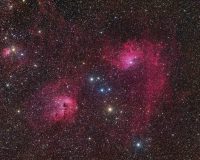 IC 417 is an emission nebula in the constellation Auriga, lying about 10,000 light years away.  The glowing centre of the nebula is energized by the hot, massive blue stars embedded within. New stars are being formed in the ovals left of centre and the surrounding nebula. NGC 1931 is the compact oval nebula to the upper right. This region is informally known as “The Spider and the Fly” and I can see why. This image was made with 3nm narrowband filtersand is rendered in the Hubble Palette. 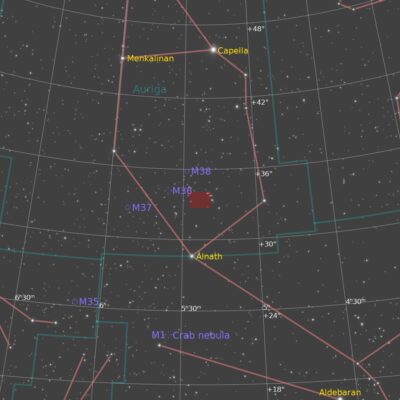 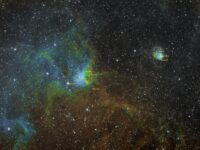 The WeightedBatchPreProcessing script was used to perform calibration, cosmetic correction, weighting, registration and integration of all frames.

Nonlinear Noise Reduction: TGVDenoise was used in L*a*b* mode to reduce noise with the starless image selected as the Local Support image (used like an external mask would be, to target the background areas and protect the stars and galaxy) (max. 1,000 iterations and convergence selected for both lightness and chrominance).

Contrast Enhancement: LocalHistogramEqualization was applied three times to the starless image using a mask to protect the background, with one iteration each at maximum contrast of 1.5 and scales of 20, 50 and 150 (strength 0.2, 0.18 and 0.25 respectively).

Sharpening: MultiscaleMedianTransform was used to sharpen Layers 2, 3 and 4 with strengths of 0.15, 0.07, and 0.05, respectively, through the same mask used for the previous step.

Addition of RGB Stars to Starless Image: PixelMath was used to add RGB stars into the starless image using the expression $T + star_mask with rescaling. The star_mask image was made by extracting the stars from the one-shot colour image made using the workflow described here.