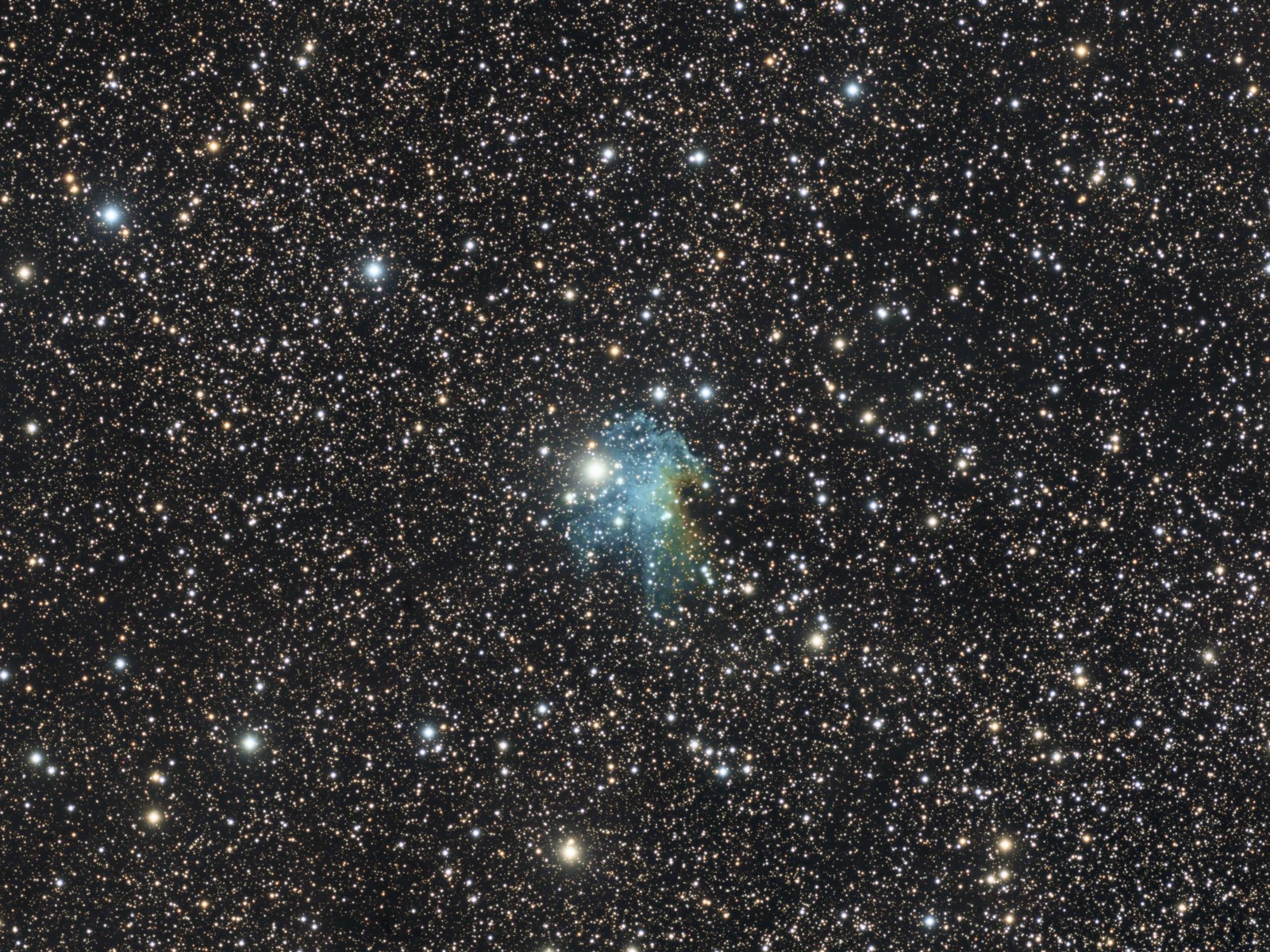 IC 5076 is a reflection nebula located in Cygnus, not far from the bright star Deneb, and about 2 degrees north of the brightest part of the North America Nebula. It has been listed in several other catalogues, so it also identified as vdB 137, Ced 185, LBN 394 and more.  It was discovered by British astronomer Isaac Roberts in 1895. It is located approximately 5,700 light-years away in Cygnus. The stars around it belong to NGC 6991, an open cluster. The brightest star in the image is HD 199478 (also listed as a pulsating variable, V2140 Cyg). I find the brownish features along the right edge very interesting.

Tekkies:
Acquisition, focusing, and control of Paramount MX mount with N.I.N.A., and TheSkyX. Focus with Optec DirectSync motors and controller. Equipment control with PrimaLuce Labs Eagle 4 Pro computer. All pre-processing and processing in PixInsight. Acquired from my SkyShed in Guelph. Very good transparency and average seeing. Acquired August 8-20, 2022 under a mostly Moon-free sky. 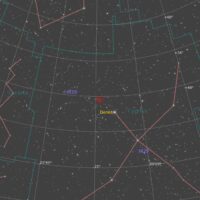 The OSC master was aligned to the Luminance master with StarAlignment. This yielded aligned Lum and Colour masters.

Linear Noise Reduction: NoiseXterminator was used to reduce noise in the background areas with settings Amount=0.9 and Detail=0.35

Luminance
Deconvolution:  A star mask was made from the Luminance master to use as a Local Deringing Support Image. The GAME script was used to make a mask selecting only the nebula for deconvolution. Deconvolution was applied (40 iterations, regularized Richardson-Lucy, ParametricPSF mode with default settings; Global dark deringing = 0.04; Global bright deringing 0.003).

Linear Noise Reduction: NoiseXterminator was used to reduce noise in the background areas with settings Amount=0.9 and Detail=0.35

Sharpening: MultiscaleMedianTransform was used with the same mask used for Deconvolution to sharpen Layers 1 – 4 with strengths of 0.05, 0.2, 0.1 and 0.05, respectively.