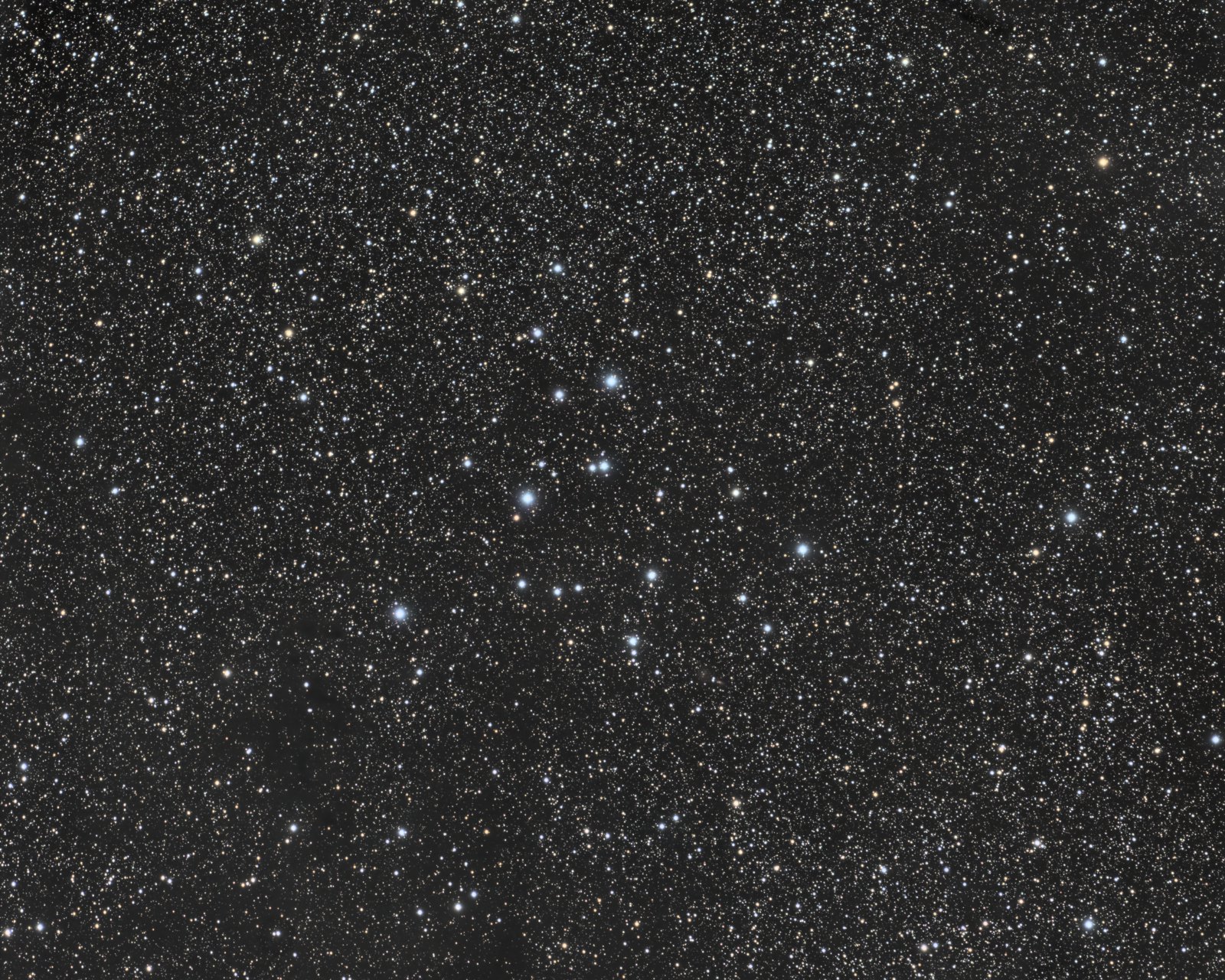 M39 lies in Cygnus not far from the borders of Cassiopeia and Lacerta. It is a bright open cluster, perfect for imaging under a full Moon, which has about the same diameter as this cluster. While it is part of the Messier catalogue, it was discovered by Guillaume Le Gentil in 1749. It has a mass about 232 times the Sun’s, including at least six binaries among the brightest cluster members. It lies about a thousand light years from Earth. 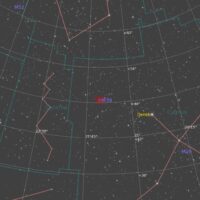 DynamicBackgroundExtraction was applied to the luminance and OSC masters.

Luminance
Linear Noise Reduction: NoiseXterminator was used to reduce noise in the background areas with settings Amount=0.9 and Detail=0.25

Combining Luminance and Color Images
Luminance addition: LRGBCombination was applied to replace the lightness of the RGB image with the Luminance master.

Nonlinear Noise Reduction: NoiseXterminator was used to reduce noise in the background of the image with settings Amount=0.9 and Detail=0.25. CloneStamp

Star Restoration: Stars removed using StarNet2 above were added back into the image using straight addition in PixelMath. The Repaired HSV Separation script was used on a clone of the image to repair spurious colour in the centre of the very bright stars. The clone was blended with the original 75:25.

Final Steps: Background and star brightness, contrast and saturation were adjusted in several iterations using CurvesTransformation with masks as required.  ICCProfileTransformation (sRGB IEC61966-2.1; Relative Colorimetric with black point compensation) was applied prior to saving as a jpg.