Skip to content
Previous Next
IC443, The Jellyfish Nebula 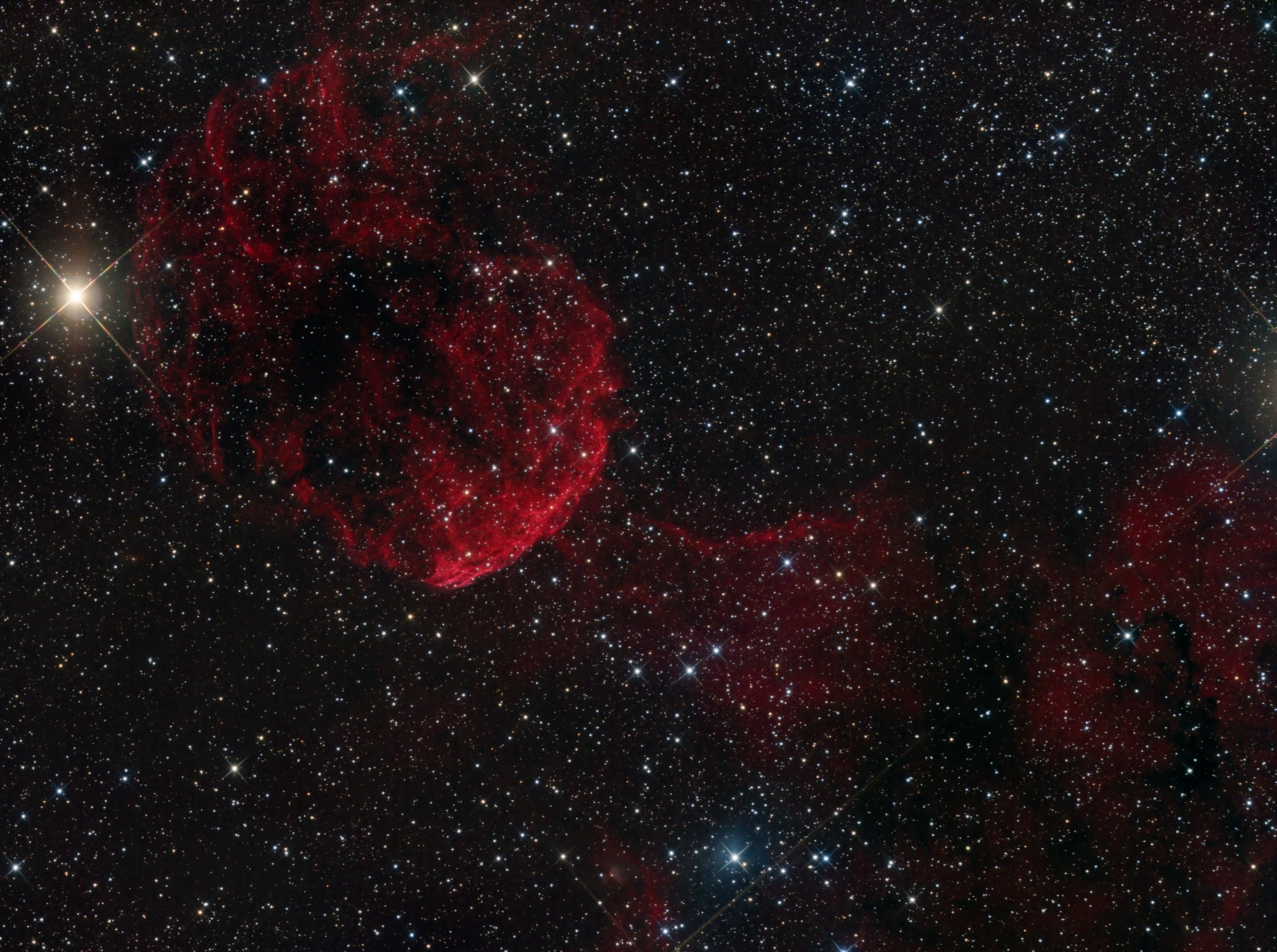 The celestial Jellyfish is swimming more or less upside down in the upper left corner of this image.  It is IC443.  It is swimming towards its lower right where the image shows part of a very large nebula called Sh2-249, a member of the Sharpless catalogue.  These are both in the constellation Gemini and lie about 5,000 light years away.   IC443 is a remnant left over from from a supernova explosion (exploding large star) in our galaxy.  The explosion is thought to have occurred 3,000 – 30,000 years ago.

Near the bottom of the image is a small blue reflection nebula, vdv 75, which surrounds the star 12 Gem.  It is about 5,200 light years away.

This image was acquired in 2012  and re-processed using improved techniques in December 2014.

Deconvolution:  A star mask was made to use as a local deringing support (strength 0.8). A copy of the image was stretched to use as a range mask. Deconvolution was applied (40 iterations, regularized Richardson-Lucy, external PSF made using DynamicPSF tool with about 30 stars).

Then LRGBCombine was then used to make a SynthLHaRGB image (colour noise reduction on with default settings, saturation at 0.32, luminance at 0.5).

Final Processing
The DarkStructureEnhance script was applied (scale 8, 1 iteration, 0.1 strength) before splitting the image into large and small scale structures as follows: