Skip to content
Previous Next
M11, “The Wild Duck Cluster” 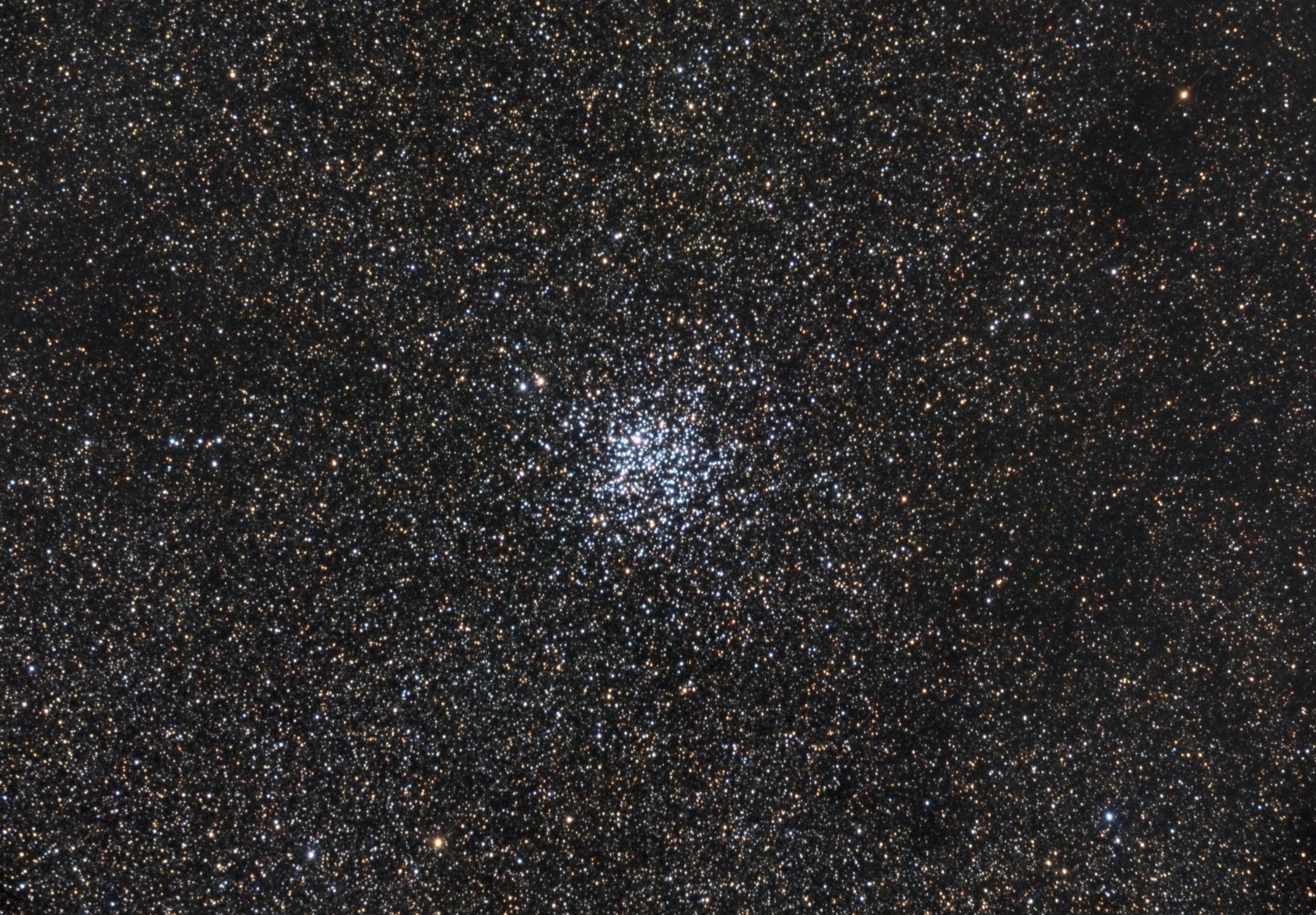 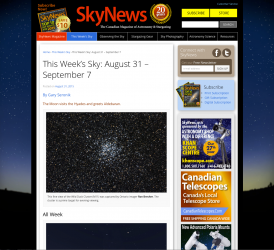 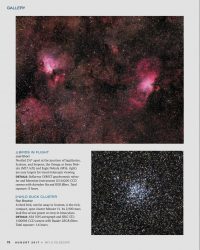 This image shows open cluster M11 set in the rich summer Milky Way.  There are so many stars!  This shot really makes you think about the scale of the universe.  The image captures an area only a couple of times the size of the moon.  Can you imagine the number of stars that could fill an all-sky image?  It’s literally astronomical!

Although the stars grab my attention first, there are also some darker “lanes” that seem to have fewer stars; these are dark nebulae in our own galaxy caused by dust and soot blocking out or reducing the light from those stars.  When we look at other galaxies, these dust lanes can be very obvious.  The colour of the stars in this image tells us about their temperature, with redder stars being the coolest and the white and bluish stars that dominate the cluster being the hottest.  I haven’t noticed much colour in the stars in a visual scope, but I will look again this summer (and likely every summer!).  If you have binoculars, use them on M11:  It makes a very fine sight in 7x or 10x binoculars.

The nickname of this cluster probably came from Admiral Smyth who observed it in the 19th century and apparently thought the distinctive wedge-shape group of stars that’s prominent in a small scope resembled a V-shaped flock of wild ducks in flight.  Smyth didn’t discover it though.    Credit is usually given to Gottfried Kirch, who is believed to have discovered it in 1681.  M11 contains thousands of stars (rich for an open cluster) and is a little more than 5000 light years away (its light takes that long to reach us).  It’s been estimated to be more than 200 million years old.

Tekkies:
SBIG STL-11000M camera, Baader LRGB filters, 10″ f/6.8 ASA astrograph, MI-250 mount.  Guided with STL-11000’s external guider and a 500mm f.l. Lumicon guide scope.  Focused with FocusMax.  Acquistion, guiding and calibration with MaximDL.  Registration, integration and all processing with PixInsight.  Shot from my SkyShed in Guelph, Ontario.  No moon, above average transparency and seeing.  The data for this image were acquired in May 2012.

Stretching:  HistogramTransformation was applied to make a pleasing yet bright RGB image.   ColorSaturation was used with a star mask to boost color saturation.

Final Processing
UnsharpMask was applied through a star mask.  Using the Curves tool, contrast, brightness and saturation adjustments were made separately for background and stars using a mask.