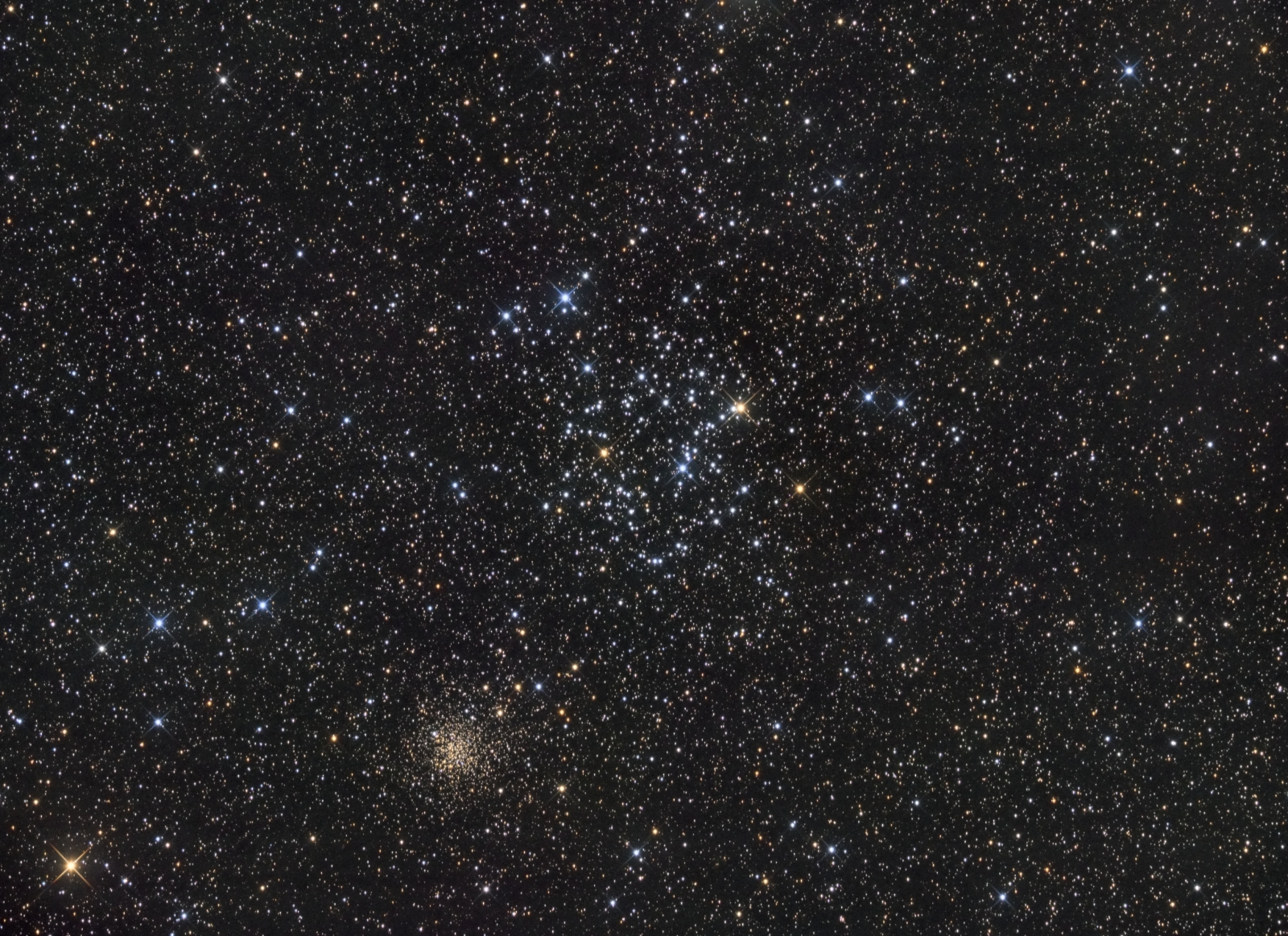 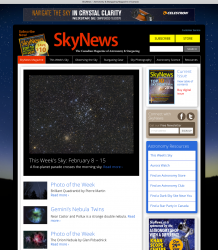 M35 is the large prominent star cluster near the centre of the field.  It’s almost the size of the full moon in the sky and is about 2,800 light years distant.  To its lower left is NGC2158, another similar star cluster that lies much further away, at 11,000 light years away.  The redness of NGC2158 is mostly due to its age of around 2 billion years; M35 is much younger and still contains many hot blue and white stars.  Both of these objects are known as Open Clusters (or Galactic Clusters).  In other spiral galaxies, the same type of object gives a knotty appearance to the arms.  I love open clusters, though I more often shoot extended objects like galaxies and nebulae.  They’re particularly good for shooting on nights that might not be suitable for nebulous faint objects.

SBIG STL-11000M camera, Baader RGB filters, 10″ ASA astrograph at f/3.6, MI-250 mount.  Guided with internal guider in main camera.  Focus with FocusMax.  Acquistion, guiding and calibration with Maxim-DL.  All processing with PixInsight.  Shot from my SkyShed in Guelph, Ontario. No moon, poor transparency and seeing. This data for this image was acquired on January 21, 2012, and posted January 23 2016.

Synthetic Luminance
Creation and cleanup: The R,G, and B masters were combined using ImageIntegration tool (average, additive with scaling, noise evaluation, iterative K-sigma / biweight midvariance, no pixel rejection) to create the SynthL channel.  The image was cropped to match the RGB and DBE was applied.

Final Processing
Contrast, brightness and saturation were adjusted slightly with the Curves tool.   Separate adjustments were made for background and stars using a mask.

Image scale is about 2.1 arcsec per pixel for this camera / telescope combination.