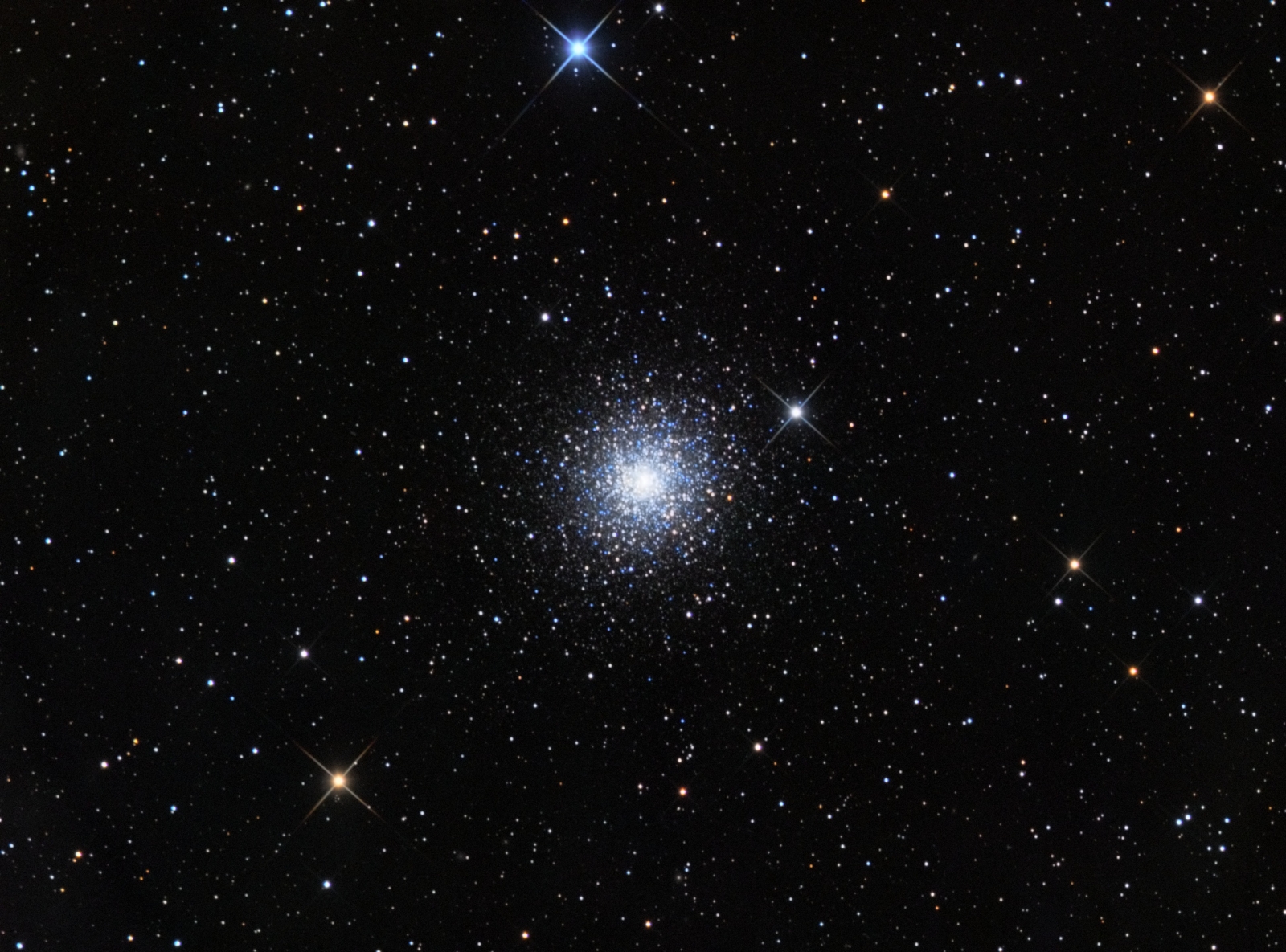 [previous version published in the Bulletin of the Royal Astronomical Society of Canada August 1, 2012; Astronomy Magazine Picture of the Day April 23, 2013]

M15 is a globular cluster in Pegasus, and I shot it while it was rising early in the morning of July 12, 2012.  It was published a couple of times in 2012 and 2013, but I thought I could do a better processing job using techniques I have learned since the autumn of 2014.

M15 was catalogued by Messier, but was discovered by Jean-Dominique Maraldi in 1746.  This cluster contains more than a hundred thousand stars, and is about 12 billion years old.  It is a relatively close 33,000 light years away (close compared to the many distant galaxies you can also find throughout this shot).

RGB:
R, G and B masters were cropped and the colour channels were combined to make an RGB image which was processed with DBE and ColourCalibration. HistogramTransformation was applied to produce a pleasing image.

Synthetic Luminance:
The L, R, G and B masters were combined to make a SynthL channel using ImageIntegration with default settings.  DBE was applied to neutralize the background.  HistogramTramsformation was applied to approximately match the RGB. 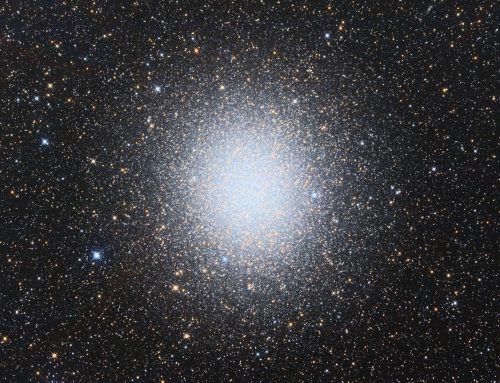 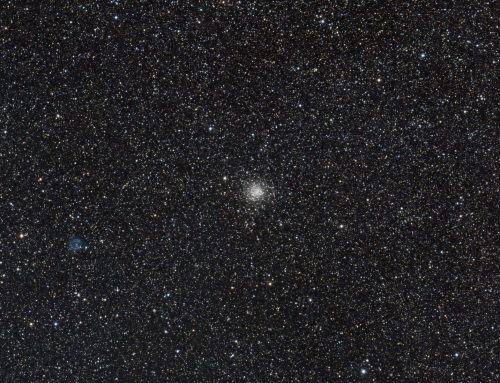 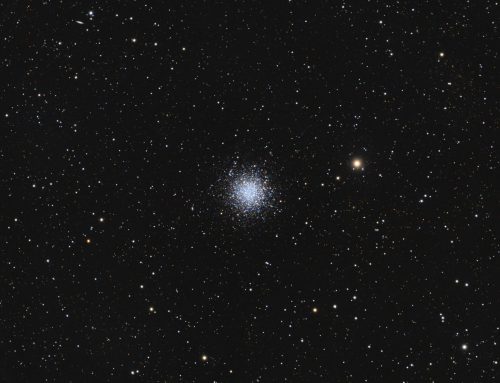 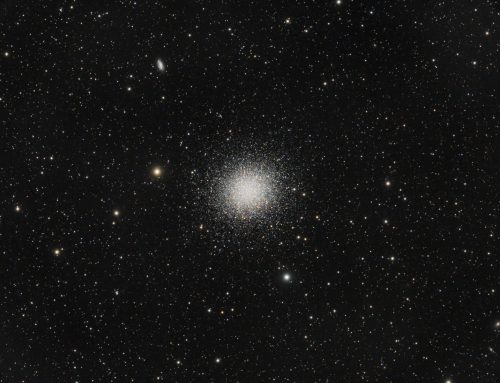 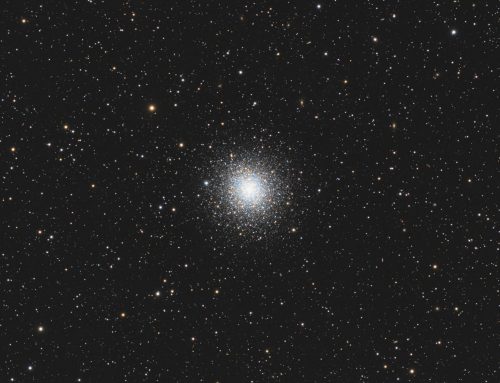