Skip to content
Previous Next
M20, The Trifid Nebula 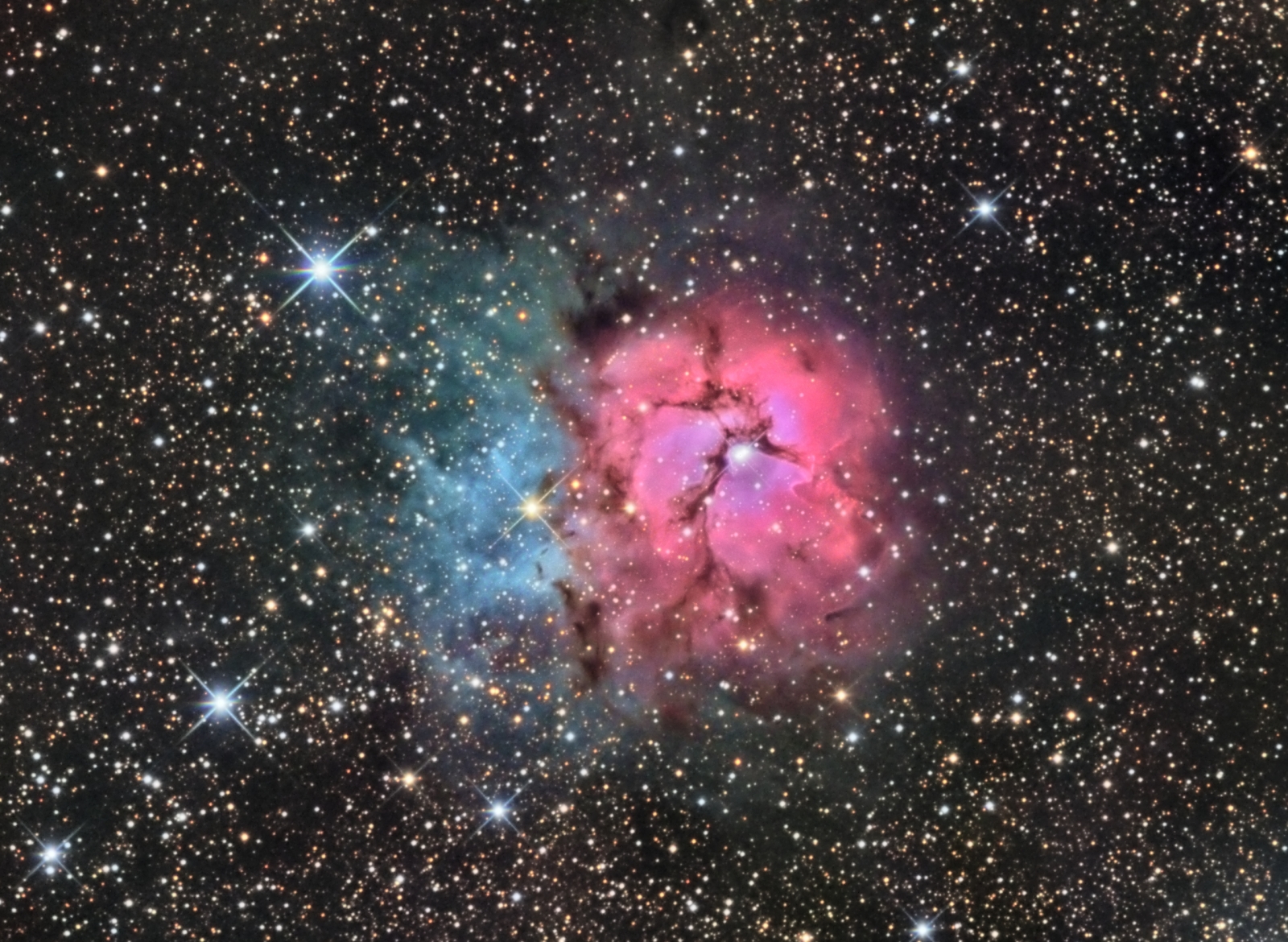 The famous Trifid Nebula is catalogued as Messier 20. Its name means “divided into three lobes” although today’s equipment shows more than three main “clumps” in the nebula. This target shows four different classes of deep-sky object in one: star cluster, emission nebula (red hues), reflection nebula (blue hues), and dark nebula (brown features; also designated Barnard 85). It lies 5,200 light years away in Sagittarius and its width is similar to the Moon’s.

This image of M20 was taken during the week of the Starfest star party in 2016, and the two weeks afterwards. I faced three major challenges in acquiring this shot: 1) This object is so low in the sky for me that I could only access it for about an hour each night, so it took 5 or 6 nights to get the image. 2) The Guelph auto mall’s light pollution ruins this part of my sky. 3) The object was so low that my observatory walls partly obstructed the view — the the “extra” horizontal spikes on the bright stars are caused by the walls of my observatory (red, green and blue spikes don’t quite line up because different filters were used at different times of each night).

Dynamic Range Adjustment: HDRMultiscaleTransform was applied at 6 and 4 pixel scales, using a mask to protect background, faint nebula and stars.  LocalHistogramEqualization was run at scales of 50 and 150 pixels to restore contrast, again using a mask.

MultiscaleLinearTransform was applied to sharpen the brightest parts of the nebula (bias +0.06 for layers 2 and 3), protecting other areas with a mask.

The DarkStructureEnhance script was applied with a strength of 0.07 to slightly darken dark nebulae. Background, stars and nebula brightness, contrast and saturation were adjusted in several iterations using Curves with masks as required.