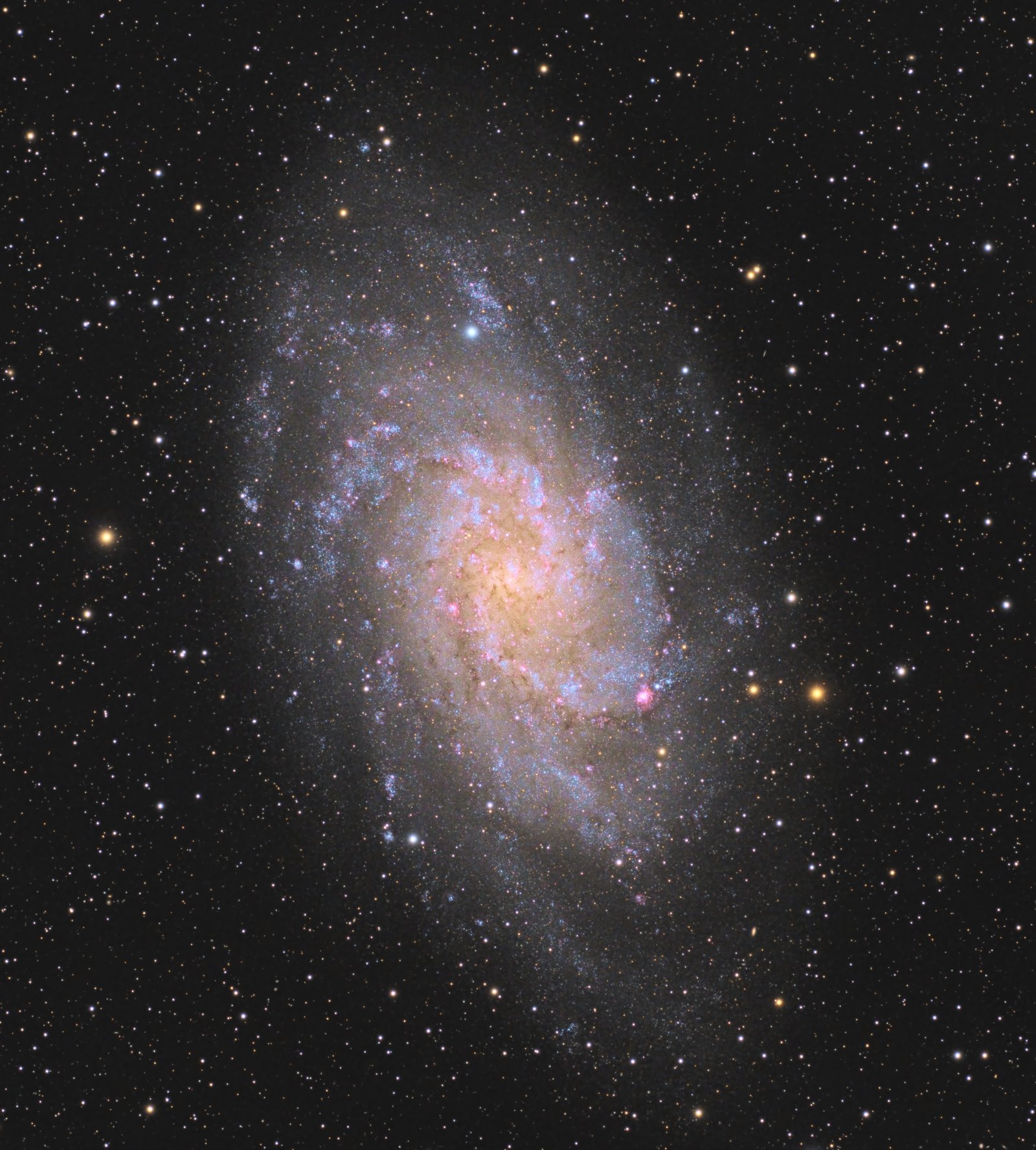 M33, familiarly known as the Triangulum Galaxy, is one of the closest large galaxies to Earth. It’s located in the constellation Triangulum at a distance of about 2.5 million light years and has a diameter of around 60,000 light years. It lies not far in the sky from another big, beautiful galaxy:  M31. M33 is visible to the naked eye in a dark sky, and is a fine sight in a large telescope. I image it with every setup that I try.

Because of its size and relative closeness to us, M33 displays a wealth of detail in photographs, including a variety of colours in different structures:  blue star clusters, pink emission nebulae (similar to our Milky Way’s Orion Nebula), brown dust lanes and a yellowish core. Numerous other galaxies are also in the image, but can easily go unnoticed due to the overwhelming richness of M33.

Data Reduction and Initial Processing
Preprocessing: The WeightedBatchPreProcessing script was used to create a Luminance master frame from the mono camera and an RGB master frame from the one-shot colour camera. DrizzleIntegration (1x CFA Drizzle) was applied to the RGB set. The RGB master was registered to the Luminance master using StarAlignment.

Nonlinear Noise Reduction: TGVDenoise was used in L*a*b* mode to reduce noise with the image selected as the Local Support image (used like an external mask would be, to target the background areas and protect the stars and galaxy) (max. 1,000 iterations and convergence selected for both lightness and chrominance).

Contrast Enhancement: LocalHistogramEqualization was applied using an inverted star mask to protect the stars, with a scale of 200 (max contrast 1.5, strength 0.2, 1 iteration).

Sharpening: MultiscaleLinearTransform was used to sharpen Layers 2 and 3 with strengths of 0.02and 0.02, respectively. The mask used for deconvolution was used to limit sharpening to a few specific regions of the image.