Skip to content
Previous Next
NGC6979, The Veil Nebula 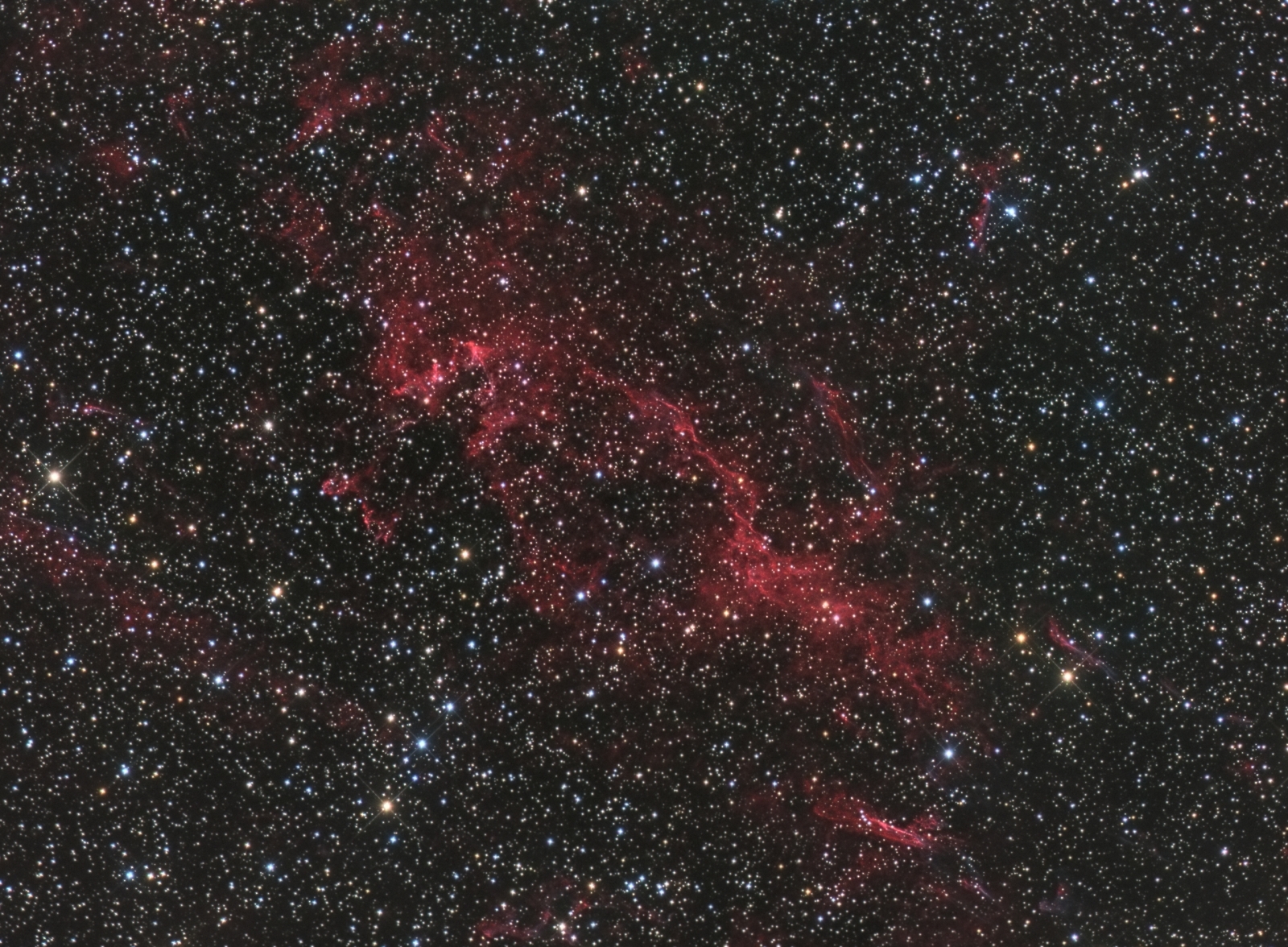 The Veil Nebula is a huge and complex supernova remnant located in Cygnus.  I have shot the eastern and western sections of the Veil before, and the entire nebula with a wide field scope.  NGC6979 seems to be rarely imaged, so I went after it in this shot.  It is jeast of Pickering’s Triangle, northwest of the eastern Veil.   Unlike some other portions of the Veil there are very few teal-coloured filaments in this part of the complex.  The gases in this nebula are glowing due to shock waves from the explosion that formed the nebula.  It took me more than 5 weeks to collect the more than 22 hours of light that went into this image! 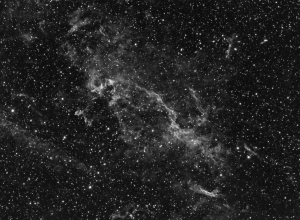 HaRGB
Creation and cleanup:  L, R, G, B and Ha masters were cropped and processed separately with DBE.  The R,G and B channels were combined and the resulting RGB image was processed with ColorCalibration.   The NB-RGBCombine Script was applied to Ha and RGB with default settings to produce a linear HaRGB image.  PixelMath was used to boost the blue by adding 5% Ha.

Synthetic Luminance and H-alpha only
Creation and cleanup: The cleaned up L, Ha, R,G and B masters were combined using the ImageIntegration tool (average, additive with scaling, noise evaluation, iterative K-sigma / biweight midvariance, no pixel rejection).  The Ha master was copied, with the copy used for the Ha-only image.

Final Processing
SynthLHaRGB:  Star shapes were smoothed and sizes reduced by applying MorphologicalTransformation through the same star mask using first the Midpoint operator with default settings and then erosion (6 iterations with a strength of 0.1).  A light unsharp mask was then applied to the stars.  The star mask used previously was used to increase colour in the stars using the Curves tool.  A range mask for the brightest highlights minus stars was made by subtracting a star mask from a range mask.  The highlights were sharpened slightly with unsharp mask.  Overall contrast and brightness were increased slightly with the Curves tool.