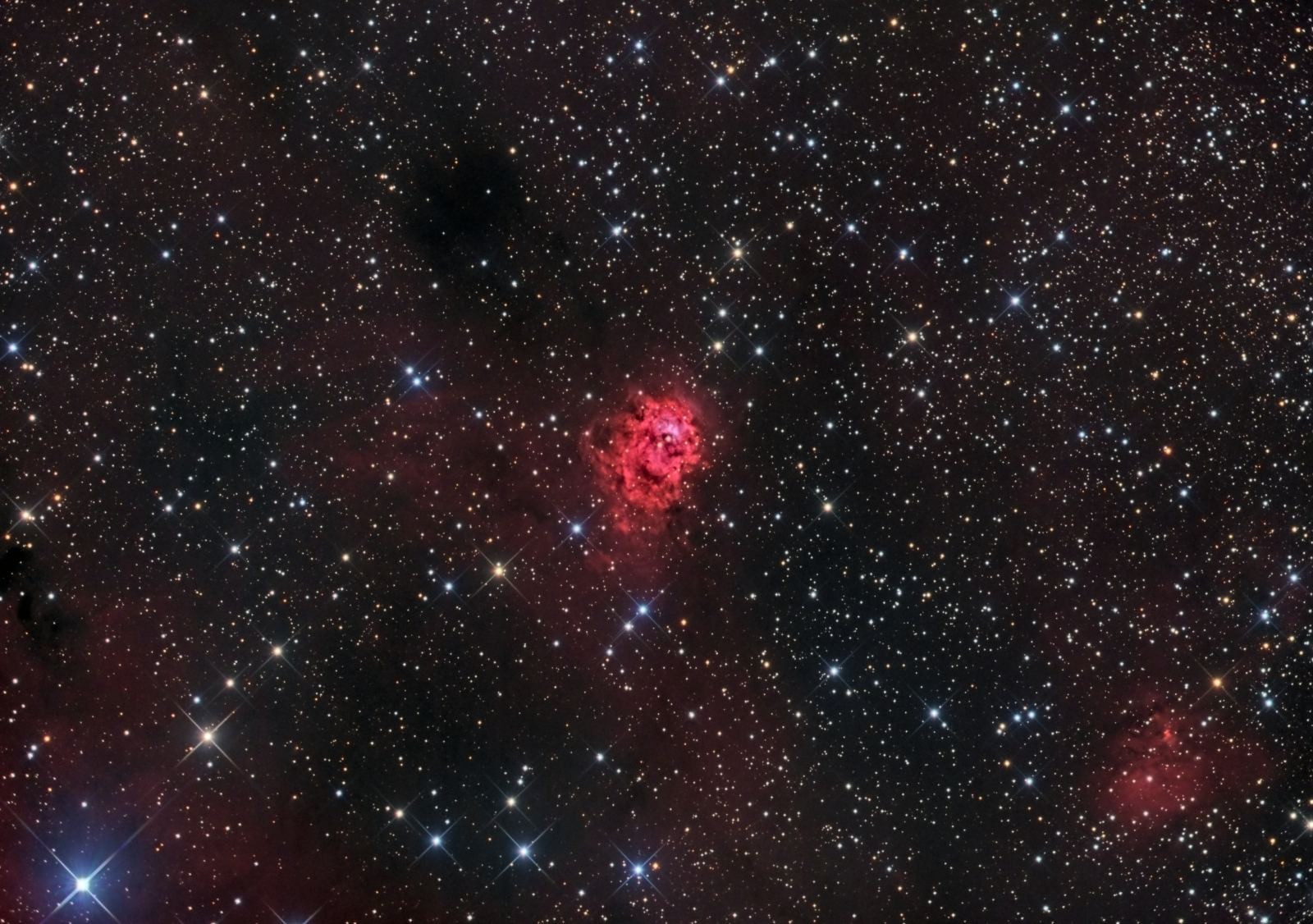 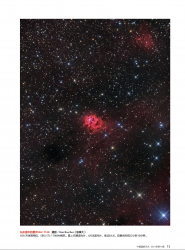 I have turned my attention to an area not far from the famous Bubble Nebula to image the area around  NGC7538.  I’ve captured the region before, in a wider field that shows both.  NGC7538 lies around 9,100 light years away, and is glowing red due to emissions from atoms of hydrogen gas.  It is home to the largest known protostar (yet-to-be star), which is more than 300 times the size of our solar system.

The field contains many other objects including dark nebulae, patches of red emission nebula and colourful stars, some of which are listed in the annotated image at right.

HaRGB
Creation and cleanup:  Ha, L, R, G and B masters were were cropped and processed separately with ABE.  The R,G and B channels were combined and processed with ColorCalibration.   The NB-RGBCombine Script was applied with default settings to produce a linear HaRGB image.  PixelMath was used to boost the blue by adding 5% Ha.

HDR Multiscale Transformation:  HDRMT was applied at 6 and 4 pixel scales using a mask to protect stars.  LHE was applied at scales of 64 and 120 using the same star mask (strength 0.6 and 0.25, respectively).