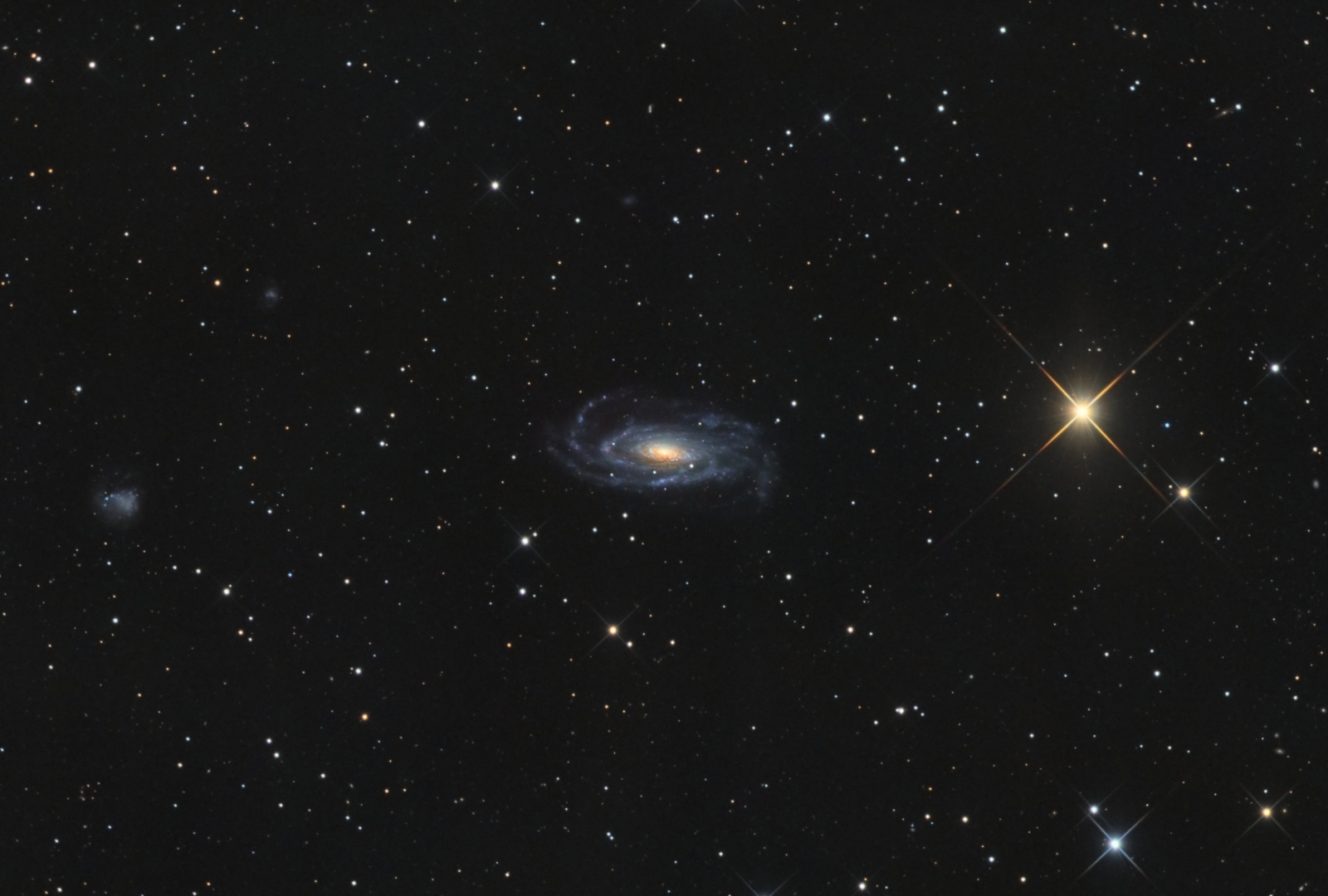 NGC5033 lies in the constellation Canes Venatici, the Hunting Dogs. It has a size similar to our own Milky Way galaxy, with an estimated mass 2 trillion times the mass of our sun. It belongs to a class of galaxies called “Seyfert galaxies” that have very bright cores likely powered by a supermassive black hole at its centre. Several other galaxies appear in this field. At left, galaxy PGC4538460 shines about 10,000 times fainter than the bright yellow star in this image, which at magnitude 6.5 is just a bit too faint for most people to see with the naked eye. One of the things that really puts the size of these galaxies in perspective for me is that every individual star that you see is in the foreground — even those that appear “in” the galaxy. The galaxies themselves are far, far in the distance — 40 to 60 million years for 5033 — and between us and them, mostly empty space.

Tekkies:
SBIG STL-11000M camera, Baader LRGB filters, 10″ f/6.8 ASA astrograph, Paramount MX.  Guided with QHY5 on an 80 mm f/6 refractor. FocusMax for focusing and CCD Commander to automate the sessions. Acquistion and guiding with TheSkyX. All pre-processing and processing in PixInsight. Shot from my SkyShed in Guelph, Ontario. RGB under moderate moonlight and luminance with no moon. Average to very good transparency and good seeing.

Final Processing
TGVDenoise was applied and the image was re-stretched with HistogramTransformation. UnsharpMask was applied to the galaxy using a mask. Contrast, brightness and saturation were adjusted in several iterations with the Curves tool, with separate adjustments made for background, stars and galaxies using different masks. The bright star to the right of the image was protected during many operations by using CloneStamp to darken it in the masks.