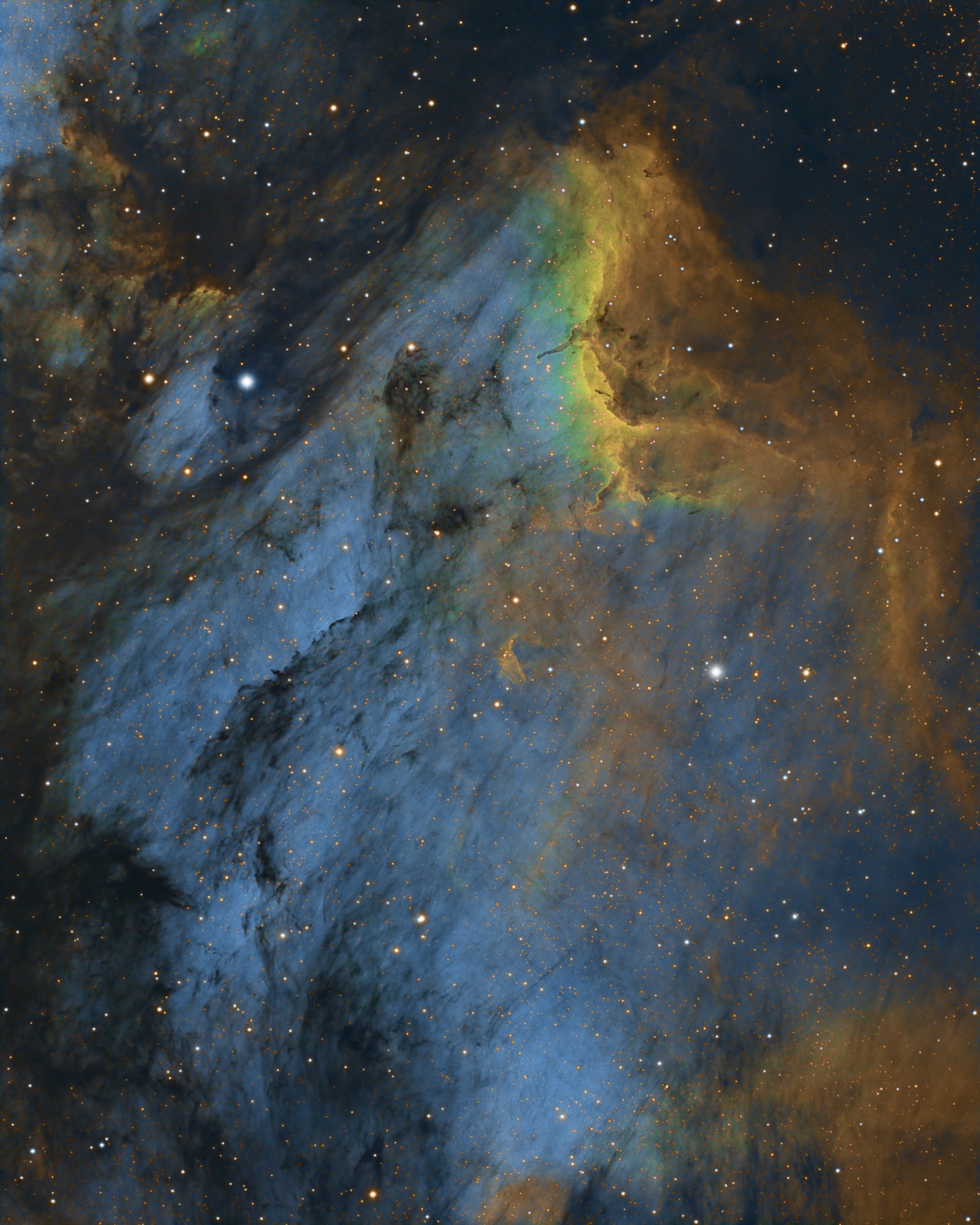 The Pelican Nebula lies next to the North American Nebula near the bright star Deneb, in Cygnus. Deneb is easy to find high in the eastern sky in the evening during mid to late summer.  It is one of the stars of the “Summer Triangle”  (you can look up the Summer Triangle online — it’s easy to find with the naked eye, and a good way to start learning the sky). I see a pterodactyl rather than a pelican. A couple of people have told me that they see an elephant if they turn the image 90 degrees counterclockwise. The pterodactyl’s crown becomes the elephant’s trunk!  What do you see?

The Pelican Nebula region is made up of two objects – IC5067 and IC5070 and is about 1,800 light years distant.  The bright ridge on the crown shows a couple of dark fingers associated with Herbig-Haro object 555.  Herbig-Harrow objects are associated with newly-born stars. 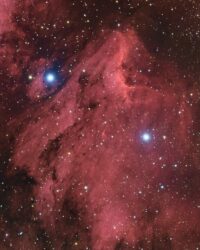 The above image was taken using narrowband filters that pass only a few wavelengths from sulfur, hydrogen and oxygen, which are mapped to red, green and blue. This false-colour or “tone-mapped” palette is aesthetically pleasing, and reveals structures that broadband natural colour images can’t. Hydrogen and sulfur both emit red light, and can’t be distinguished in the broadband image I made of this region simultaneously, which is shown at left.

Hue Adjustment: The ColorMask script was used to  create a mask to select green regions.  The green was transformed towards blue, and yellows towards red, using the Hue adjustment of CurvesTransformation.  The Hue channel from the RGB image shown above was used to replace the Hue channel of the narrowband image through a star mask, to impart a more natural colour to the brighter stars.