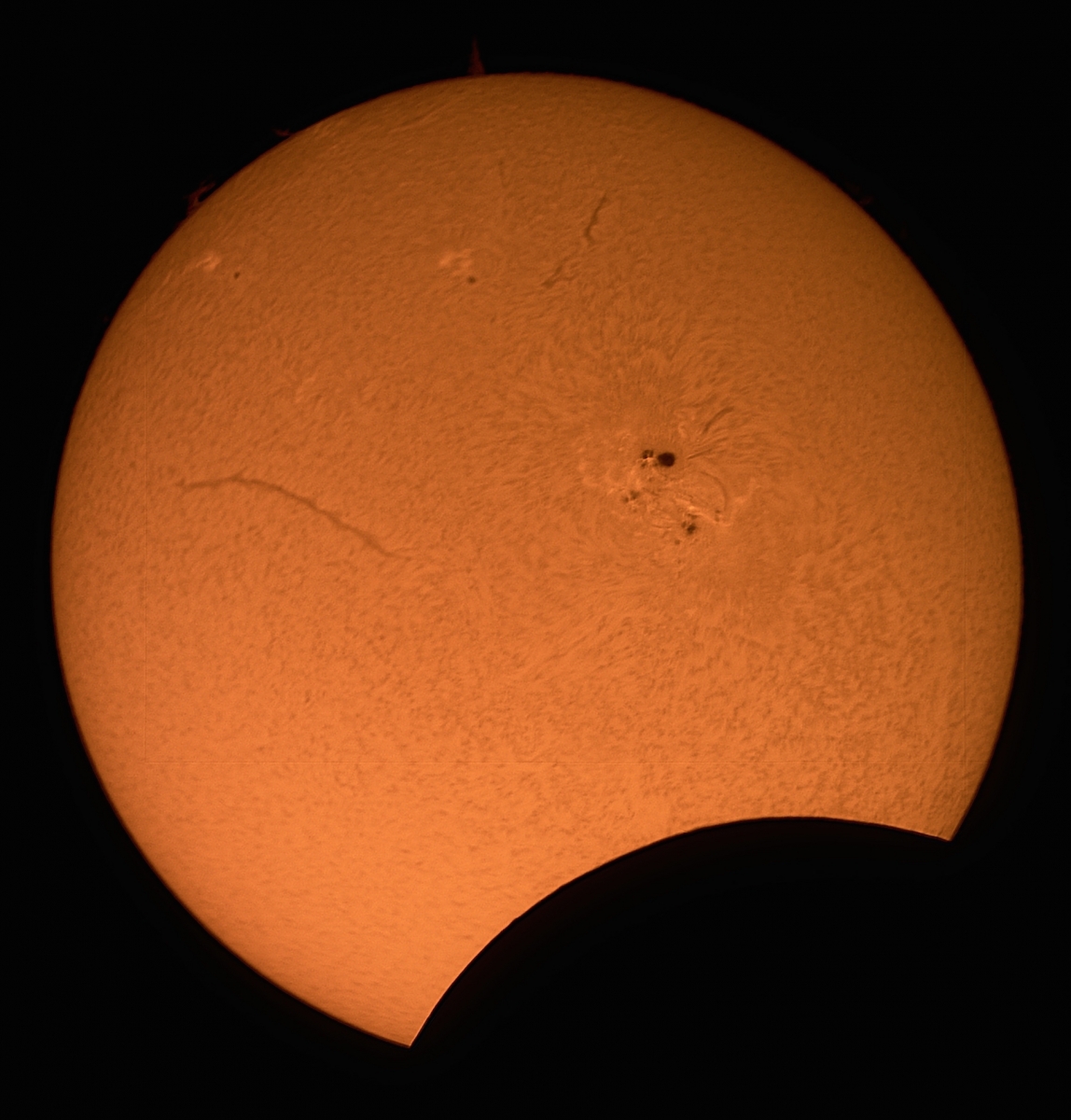 I got this image of the partial solar eclipse just before the sun set behind the trees.   Notice the beautiful large prominences near the top of the disk, and the huge filament (a prominence seen from above) that looks like a crack in the disk.  The large sunspot group is AR2192 (AR stands for active region).  It is more or less pointed towards us and has unleashed a couple of X-flares, the strongest class of flares.

If you look carefully you can see that the Moon’s edge is sharp, yet rough due to the lunar mountains. This proves that the Moon itself, and not a shadow, is blocking the Sun’s light.  The Moon is passing between us and the Sun.

Tekkies:
Solar View 50mm f/8 refractor with integrated Ha filter with <0.7 nm bandpass, mounted on an EQ-6 mount, roughly polar aligned and set to track at solar rate. Celestron NexImage 5 camera (2.2 micron pixels; 5 MPix).  Shot from my SkyShed in Guelph.  Supplied software was used to capture 3m videos at about 6 frames per sec.  The best 177 frames were stacked in Registax to make a master frame, which then was processed in Registax with Wavelets.  PixInsight was used for further processing as follows: Background neutralization to balance colour, restoration filter, TGVNoise, unsharp mask, stretch to adjust black point, contrast and saturation.