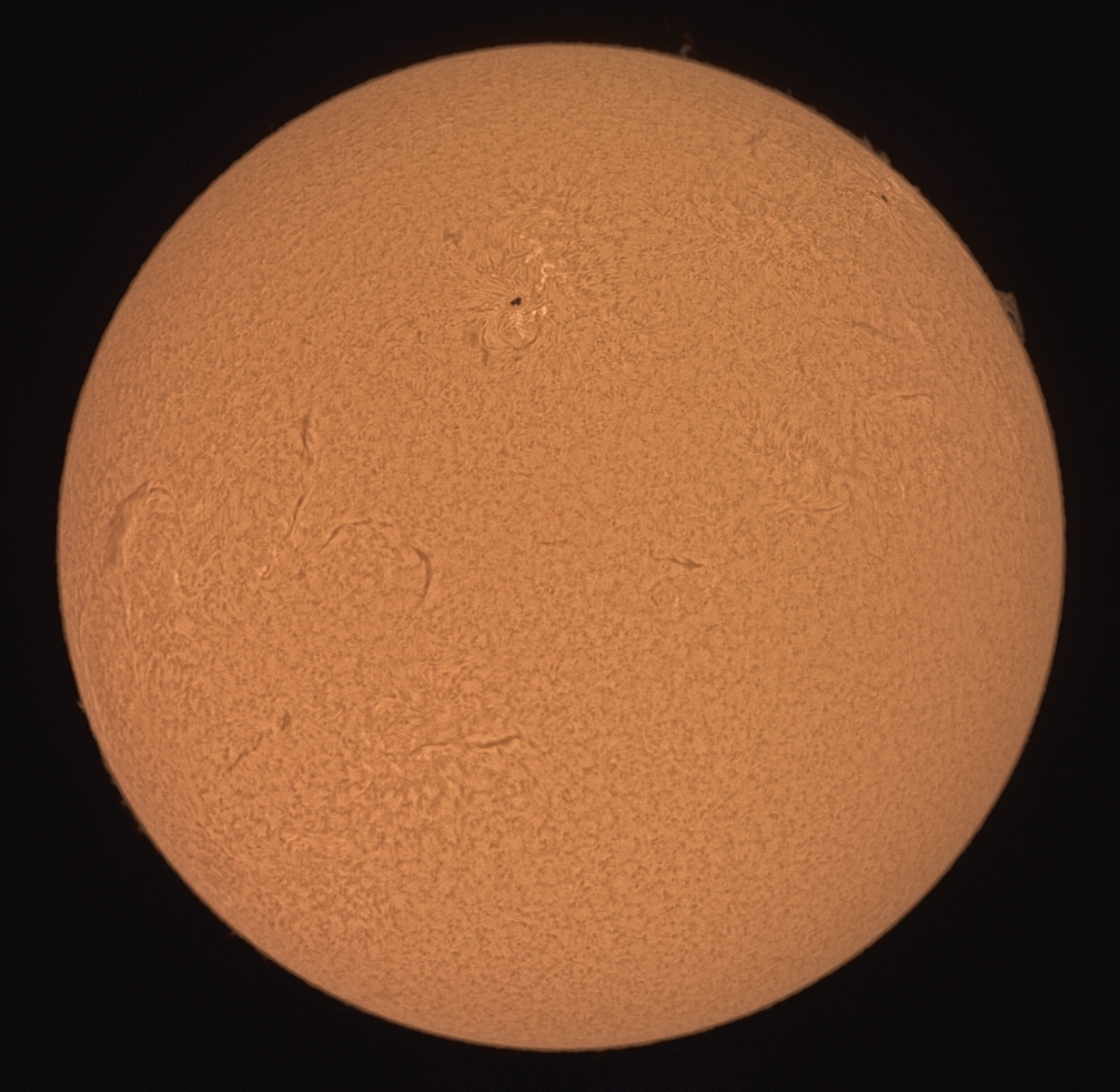 I took this image of the sun around noon on October 12, 2014.  It was a beautiful day in the middle of the Canadian Thanksgiving weekend, so I was in a bit of a turkey haze while making this image!  The grey patches on the disk are the same as the “flames” (prominences) shooting out the side, but the ones on the disk are being looked down on from above.  There is a nice sunspot above centre, and another near the two o’clock position on the disk.   Enjoy!