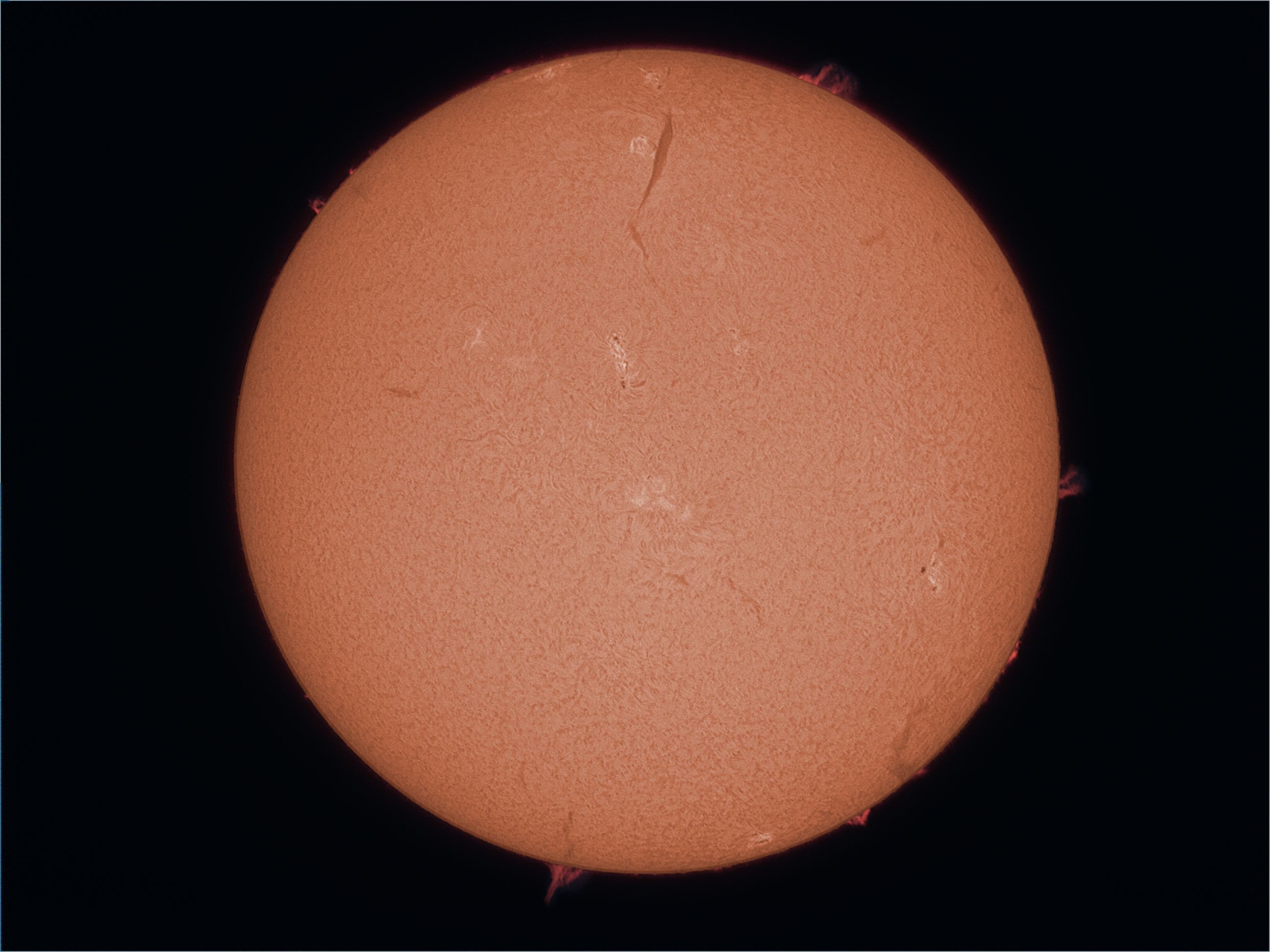 Prominences – the “flames” erupting from the edge of the Sun’s disk.

Filaments.  The thin and thick grey lines or ribbons on the disk.  These are prominences that we’re looking down upon “from above.”

Sun Spots:  There are just a few sun spots in this image.  One group is above centre, the other close to the edge of the disk in the 4 o’clock direction.  Sunspots are darker because they are cooler than the rest of the gas “surface” of the Sun.

Faculae:  The bright patches occur around the sunspots and elsewhere, and are hotter than the average temperature of the sun’s gas “surface”

Plages:  The mottling throughout the Sun’s disk are known as “plages”, from the french word for beach.   In white light scopes they give the appearance of grains of sand.  In images, this mottling reminds me of the skin of an orange.

Tekkies:
Solar View 50, 50mm f/8 refractor with integrated Ha filter with <0.7 nm bandpass, mounted on an EQ-6 mount, roughly polar aligned. Celestron NexImage 5 camera (2.2 micron pixels; 5 MPix).  Shot from my home in Guelph.  Supplied software was used to capture 1m videos at about 6 frames per sec.  I then used Registax to identify, align and stack the best 36 frames to make master frames.  I shot disk and prominences separately for each image.  For prominences, I used 1/11th sec exposures.  For disks, 1/120th sec.   Disks and prominences were processed more or less the same in PixInsight:  Colour balance, deconvolution, stretch, local histogram equalization, adjust contrast and saturation.  Disk and prominence images were combined in Photoshop.