Skip to content
Previous Next
NGC1499, The California Nebula 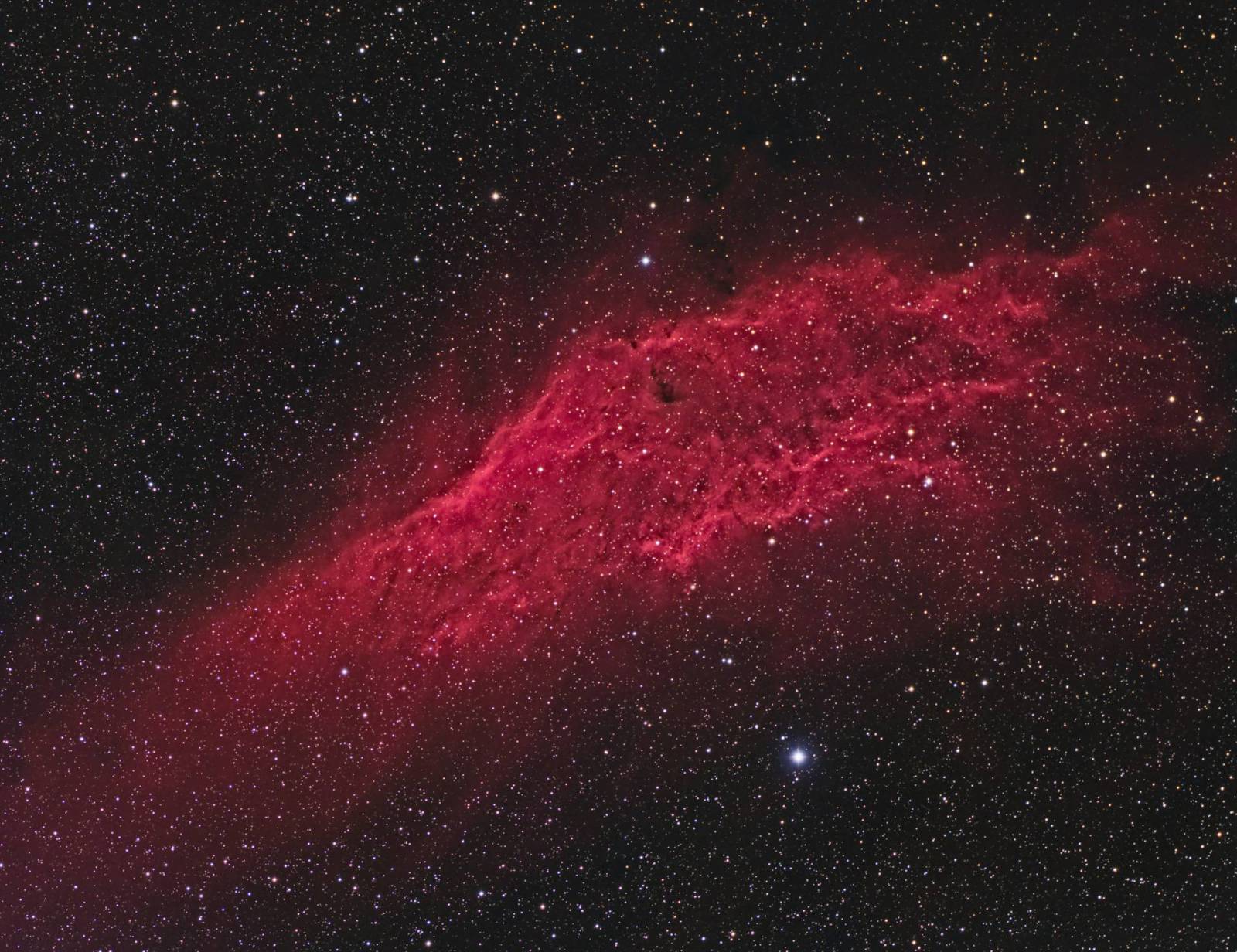 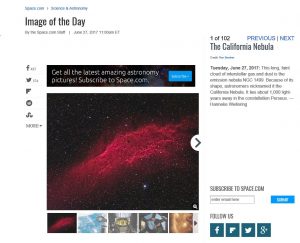 NGC1499 is known as the California Nebula because of its shape. It’s very difficult to see visually (I have tried and failed many times) but looks gorgeous in pictures. It lies about 1,000 light years from Earth in the constellation Perseus. The nebula is made mainly of hydrogen. This gas is glowing due to energy released from the brightest star in the image, a blue giant star called Menkib, or Xi Perseus. Menkib is 13,500 times as bright as the Sun in visible light and has a temperature around 37,000C, making it one of the intrinsically brightest and also the hottest star visible to the naked eye (note – if you include UV light it’s luminosity is 330,000 times the Sun’s). Menkib, like all massive stars, is living fast and will die young — maybe exploding in the next million years or so. In the upper left of this image, you can also find at least 6 small  galaxies, some of which show some structure.  Look for fuzzy “stars” or little needle-like objects.

NB-RGB Creation
Creation and cleanup: Drizzle integration was used to make R, G, B and Ha masters, which were cropped and processed separately with DBE. R, G and B were combined to make an RGB image which was processed with BackgroundNeutralization. ColorCalibration was applied. The NBRGBCombination script was run with using Ha for red narrowband and a scale of 0.8. ColorCalibration was applied a second time.

Dynamic Range Compression: HDRMultiscaleTransform was applied with default settings to compress the dynamic range in the brightest parts of the nebula.

Contrast Enhancement: The contrast was boosted in the same areas of the nebula with 2 passes of LocalHistogramEqualization (scale 52 and 165, strength 0.33, max contrast 1.5) using a mask to protect background and stars.

Final Steps: MultiscaleLinearTransform was used to sharpen the structures in the bright parts of the nebula (layers 2-4 at 0.05), followed by a pass of TGVDN on the L channel only, using default settings. Background, nebula and star brightness, contrast and saturation were adjusted in several iterations using Curves with masks as required. The mid-range blue was boosted slightly within the nebula. SCNR was applied to the background. The DarkStructureEnhance script was applied with a strength of 0.13.