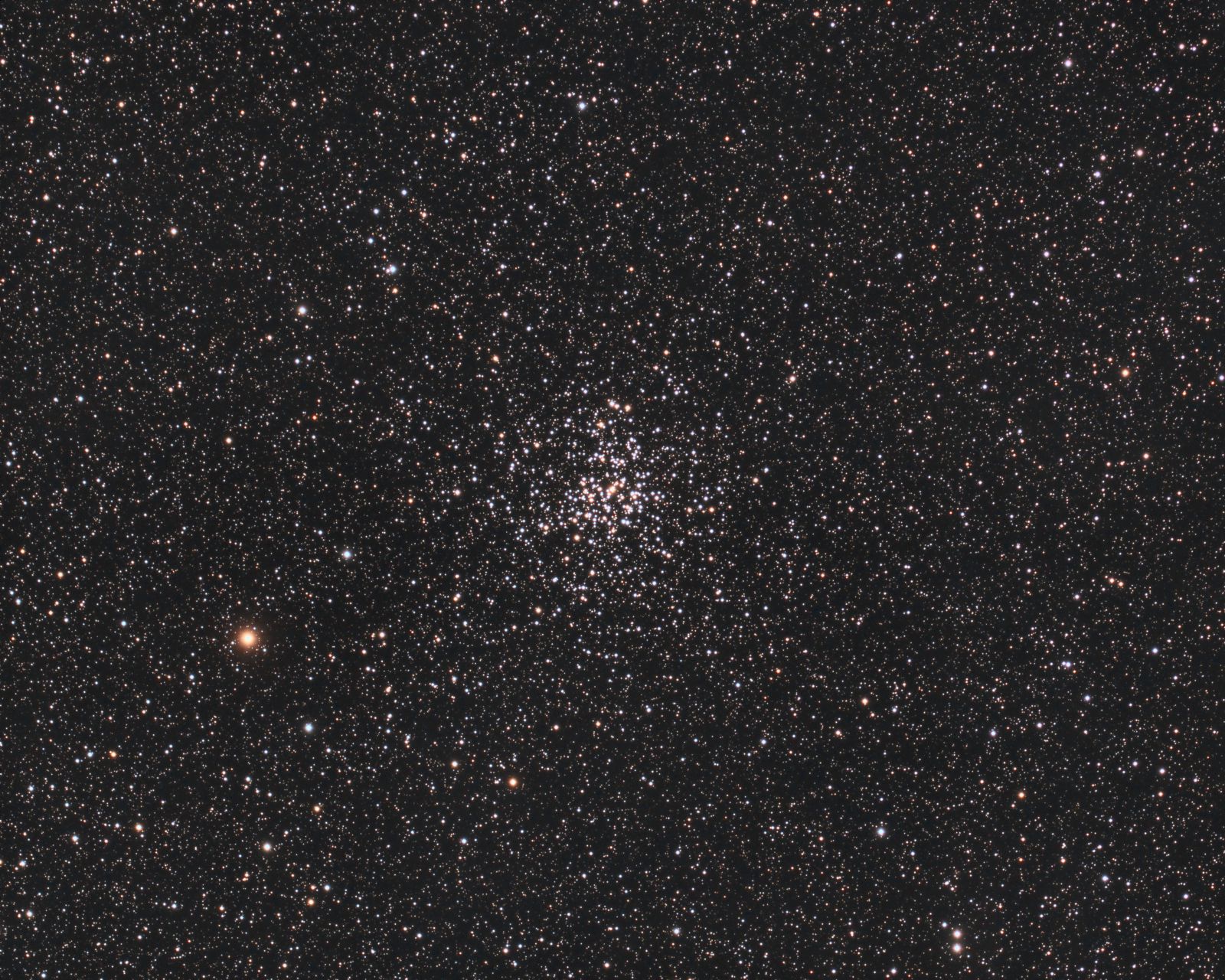 M37 is one of three bright open clusters in Auriga. The others are M36 and M38. They are great in binoculars or a small telescope, and can all be seen with the naked eye from a dark site. They were first recorded by an Italian astronomer, Giovanni Battista Hodierna before 1654, and are now in the famous Messier Catalogue of dep-sky objects.  M37 contains more than 500 stars with a total mass more than 1,500 times that of the Sun.  It’s several hundred million years old, and is about 4,500 light years away.  From its apparent size in the sky and this distance estimate, the cluster has been estimated to span 20-25 light years. Its triangular shape is distinct in binoculars or telescopes. 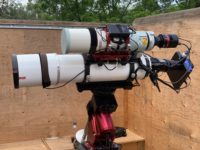 In a first for me, I had two telescopes and cameras working simultaneously to gather the light used in this image. This maximized the amount of light I could capture in the fleeting clear-sky time available. I plan to use this stereo acquisition approach going forward.

Gradient Removal: DBE was applied to L and RGB masters using Subtraction to remove the minimal gradient that remained after integration.

Registration of L and RGB: DynamicAlignment was used to register the RGB master to the L master.